Kickstarter Ramen Sandwich Press: Oasis of the Elementals is live on Kickstarter!

Yesterday, we launched on Kickstarter to support the eighth location module in our Places by the Way/Found by the Way series for 5E and Pathfinder (this one will be compatible with both 2E and 1E). So far, we have 31 backers, which is the most we've ever gotten on Day 1 of a campaign!

As for the module itself, this one is set in a village built around a desert oasis. We like to describe it as the Arabian Nights meets A Fistful of Dollars (or Tale of Zatoichi, if you prefer). With water elementals. Did we forget to mention the water elementals? There's also a band of 38 thieves, an efreet and a djinn who are best frenemies, and KS backers only will get extra content about a lad in a lamp and a powerful artifact.

As that wasn't enough, we're also offering a $1 reward: a PDF copy of Tome of the Utility Drawer, a modest collection of the new mechanical bits (mostly magic items and mundane items with unusual capabilities) drawn from Places by the Way and Found by the Way. Check it out — we're well on our way to funding, but there's still plenty of room on the bandwagon! 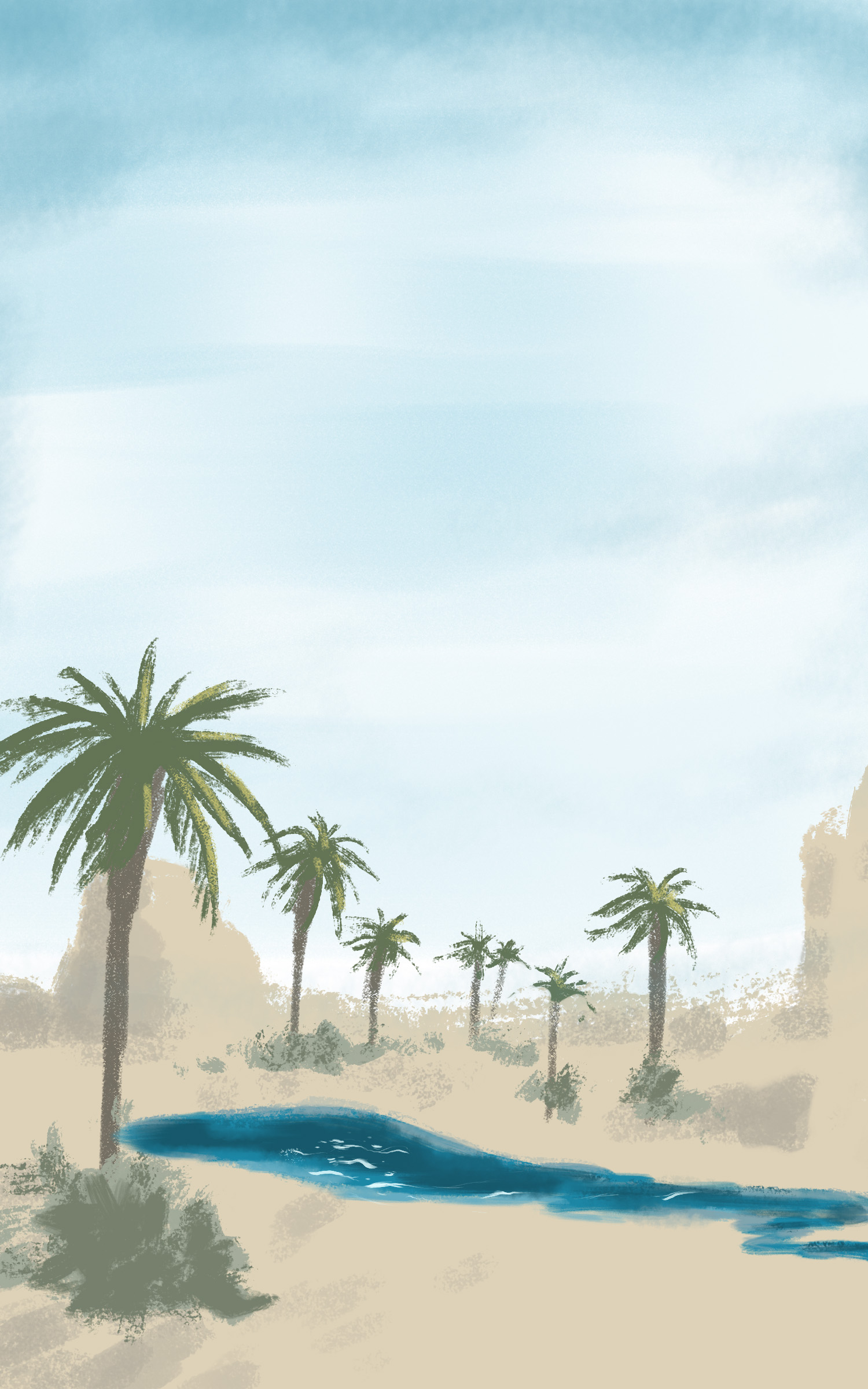 Don't forget that we're also offering Tome of the Utility Drawer, a collection of (mostly) magic and exceptional mundane items from our Places by the Way and Found by the Way modules, as a $1 reward!

Thank you to everyone who made this campaign a success — our strongest showing on Kickstarter in quite a while! Thanks to Backerkit, it's not too late to get in on the fun: We've opened a pre-order store where you can reserve a copy of Oasis and the Elementals, Path to the Mizar Oasis and Tome of the Utility Drawer, all of them with Kickstarter-exclusive content. Available through the end of October, possibly a bit longer — we'll keep the store open until we actually to go print. Just click on the shiny blue button that we added to the campaign page!

If you missed our recent Kickstarter for our 8th Places by the Way/Found by the Way module and Tome of the Utility Drawer, it's not too late! We're still getting everything ready for the printer, so we can still accept pre-orders and we're going to keep the Backerkit store open until at least November 15.

The bottom line is that both the location module (Oasis of the Elementals for D&D 5E, Path to the Mizar Oasis if Pathfinder is your thing) and Tome of the Utility Drawer ran longer than we'd originally expected. So you're getting more content for your money.

Tome of the Utility Drawer — a collection of 25+ new magic and unusual non-magic items culled from Places by the Way/Found by the Way. The version with Kickstarter Limited Edition Content is still available through our Backerkit store, and it's a bargain at a buck for a PDF copy!

Just follow the link to our campaign page and hit the shiny blue button to get to our Backerkit store!