Creating domains (for Oz or elsewhere) that are easy for characters to plug into is a great world-building exercise for players and game masters alike. 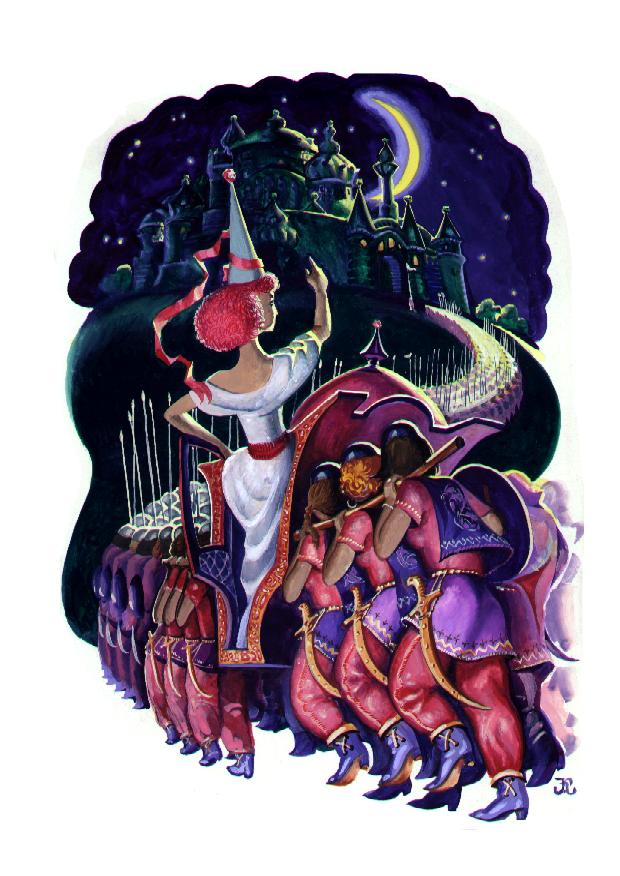 Van Richten's Guide to Ravenloft does a good job of creating domains as adventure settings, but it's a little more difficult to make those domains a homeland for characters. When creating my own Fifth Edition version of Oz, this became apparent when I started fleshing out the various faerie domains, which I loosely outlined as: description, features of the area, native species, and social status.
But when you start dividing backgrounds into social strata, it becomes apparent that there's a few backgrounds that are missing.

Depending on the domain, its social strata identifies which backgrounds sit at the top of it. Theocracies will prioritize acolytes, a merchant council will rank guild merchants highly, while a traditional feudalistic society will have nobles at the top. Most of Oz fits the feudal model.

The next layer down is the second tier of a more broadly influential group. For feudalistic societies, this is often the guild artisans and merchants. Reading and writing is more prevalent here, so this is where the sage background fits. One role that isn't covered is government officials, a common background for more complex societies where working for the government is a full-time job. So I created a new background to fill the gap.

The next layer is the soldier class, which could be higher or lower than the general class, depending on the needs of the society. Societies at war may elevate soldiers, sailors, and gladiators to a higher level.

The bulk of the population sits in the general class. This is where you find just about every other background. It often includes entertainers.

Depending on the society, farmers may be another substrata. I created a farmer background, which is very common in Oz, to fill that need. Folk heroes fit in here too.

The bottom rung of society are the criminals. It can include charlatans, criminals, and urchins. If a particular group or practice is outlawed or disliked, they end up here.

The final social level is one that sits outside of it (and thus is probably lower than criminals, because the laws at least apply to them). Hermits and outlanders are listed here. Depending on if the society does brisk trade and has porous borders, outsiders are an important division because it's helpful to see where PCs who don't fit anywhere else might land.


How This Works in Play​

With these broad strokes, a domain becomes a lot easier to plug into a character's background. In a lot of ways, a domain becomes like its own NPC. We know who lives there, who doesn't, and who the domain dislikes (or worse, outlaws). Because Oz is so different, stratifying a society can take some surprising turns.

Here's what a traditional domain looks like. In Arol, there's a legacy of children being replaced by fey creatures (half-elves or tieflings):


And for a weirder example, there's Merryland. In Merryland, Queen Dolly rules over the valley. The valley consists of dolls, toy soldiers, catfolk (ulthars and aydons), clowns, storks, and clockwork toys. Humans are an oddity that don't easily fit in anywhere.


This framework makes it much easier to create domains on the fly. I plan to use it for all my campaign settings.

Your Turn: How do you build the social strata of your fantasy nations?
Last edited: Sep 13, 2021
Click to expand...