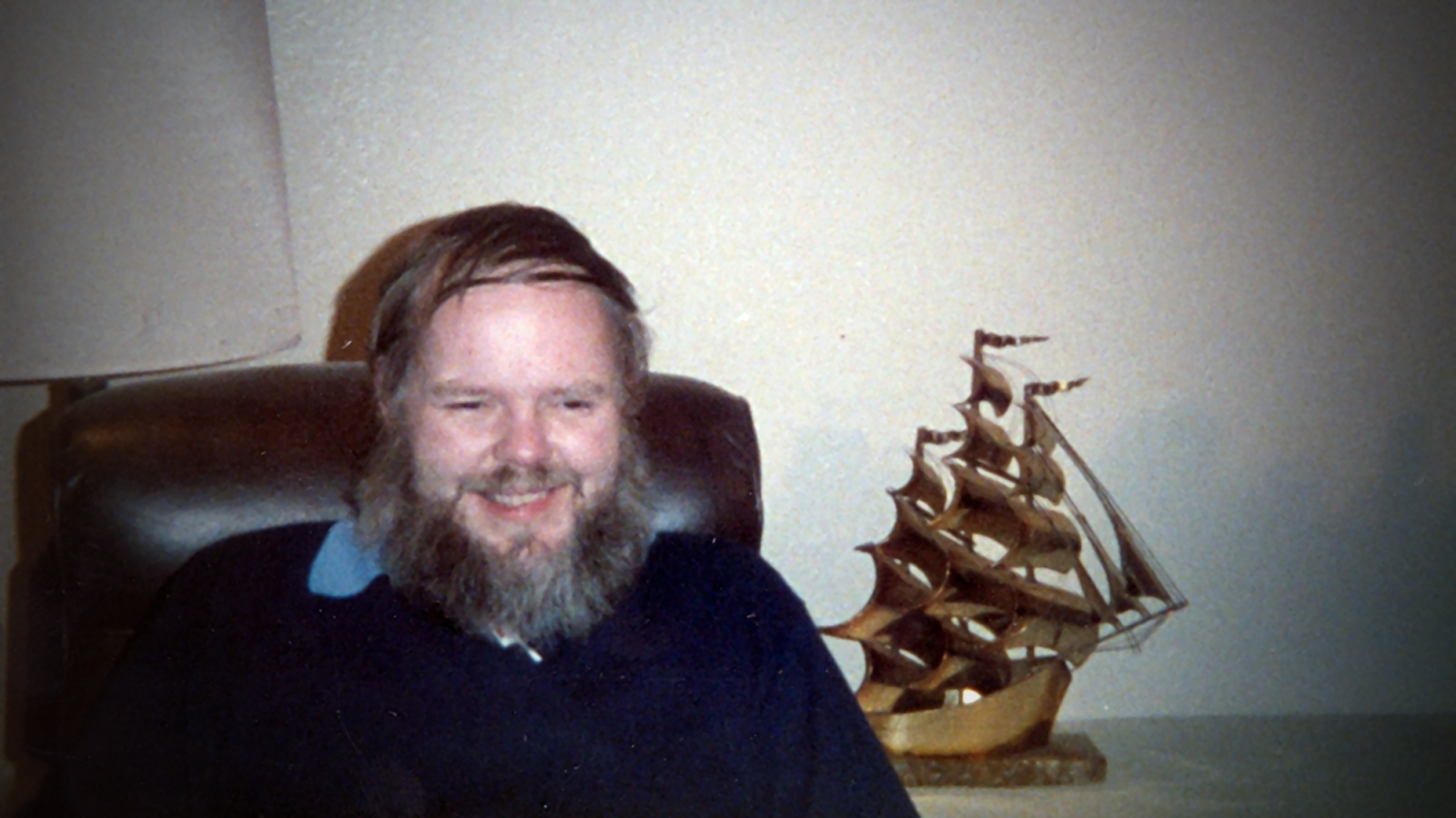 ​
In this interesting article from Kotaku, Rob Kuntz relates a history of early TSR that differs somewhat from the narrative we usually hear. It delves into the relationship between Gary Gygax and Dave Arneson (D&D's co-creators) and the actual development of the game, which dates back to Arneson in 1971.

Dungeons & Deceptions: The First D&D Players Push Back On The Legend Of Gary Gygax

Everybody calls Rob Kuntz last, he says. Those who want to know about the history of Dungeons & Dragons start with co-creator Gary Gygax’s kids, one of Gygax’s biographers, or D&D publisher Wizards of the Coast. As they’re wrapping things up, they might get around to dialing up Kuntz, a...
kotaku.com

Hero · From Cave of Knowledge

Temper losses and BAD things can be done by ultimately good people. He seemed to have calmed with age as well.

Kuntz despite the sound of this article had a pretty positive relationship with him. And last I heard they got along well in Gygax's later years.

We’d REALLY prefer you not curse here in the first place.

Perhaps Kuntz waited a while until Gygax's passing to tell his side of the story?

Ancalagon said:
Perhaps Kuntz waited a while until Gygax's passing to tell his side of the story?
Click to expand...

Rob Kuntz is good at overselling his own words, I think is the problem with the article. Yeah, there are people who only credit Gary with the creation of D&D, but the full origin, with Wesely introducing single player characters and a referee adjudicating on the fly, and then Arneson developing that concept from the Braunstein one-shots into an ongoing campaign world that he had already developed in fantasy medieval campaigns, has been told and is not unknown. It's been told quite exhaustively in the book Playing at the World.

darjr said:
I kinda don’t get it. I mean this is the story as I understood from recent times. And I don’t think it’s really that disputed except in minor details.... maybe?
Click to expand...

The biographies of Gygax sold on Amazon tell a very different story.

In contrast, there's one unpublished biography of Arneson.

Arneson is the Bill Finger of D&D. Hardcore folks may know who he is, but the general public doesn't and may never know.

the_redbeard said:
It's been told quite exhaustively in the book Playing at the World.
Click to expand...

A book that has been read by dozens of hardcore RPG fans.

A Kotaku article is going to reach a much wider audience, most of whom probably had thought that Gygax was the "Emperor of Imagination," as his biography puts it.

If you guys already knew this stuff, awesome. But most of the world did not, and it's worth the word getting out.

I did not know the man but taking in Kuntz and treating a lost kid like family sounds pretty nice to me. We're all complex and imperfect. I am sure he was a mixed bag. Like the rest of us.

People like sticking heroes on a pedestal, and putting the boot into villains.

And, let's not forget, people can be really nice and absolutely horrid bosses, and vice versa too. It's always complicated.

Honestly, the article is interesting but does not change my opinion of gygax.

Had it not been for his drive, organization, merging of genres, historical readings and codification of rules, the game would have been a weird thing some guys did in a basement in the Midwest that no one ever heard about.

What I gather then is that arneson's group came up with ongoing characters with more roleplaying. Period. Codified rules, monsters and stats, drawing in of influences mostly came from elsewhere.

The "hunt and peck" typist did not have the desire or ability to get it organized, put down in a format for dissemination.

I still see gygax as the reason we have D&D. I just have a more of a sense that he did not give enough credit for a collaborator.

As a thought experiment, answer this. If someone had similar roleplaying ideas before gygax and arneson, would we know it if they had not written it down and organized it? We would not.

To a degree. But, it looks like Gygax was the one who actually took the ideas, wrote them down, codified them, and then got them to market.

It's like the bajillion folks out there that want to write a novel and have a great idea. Sure, you have a great idea, but, until you sit down and start banging out the words, your idea doesn't amount to anything.

I think it was a mass collaboration. But Gary was the one who get to market and in his mind it was his idea. I have seen this play out in another hobby. Bill, Bob, and Sue have similar ideas and work together. However Sue takes charge and forgets the early partners because of reasons.

I agree with much of what has been said here. Both Gygax and Arneson were crucial to D&D. Arneson deserves more credit that he is normally given, Gygax gets the recognition he deserves. I also believe Dave Wesely should get a ton more credit than he receives. Strategos N and Braunstein were huge steps in the development of RPG's and he was responsible for both!

I do view any article by Kotuku with a fair amount of skepticism after their article in March about Gail Gygax. It was more sensationalism involving an aging widow in mental decline than a proper article.

I have said ideas are a dime a dozen. Execution counts. Still, what an IDEA! Sometimes there are ideas of such great worth that coming up with them is worthy of praise.

Still, in this case there was much more. A refinement of the process and skill of running the game that was necessary and difficult to capture in a rules set. Things we still struggle with and seemingly pass on outside of the rules. I so desperately wish that sessions had been recorded.

lowkey13 said:
Well, I tend to think that this is complicated. Wesley should always get a tip of the cap for his role in the beginning (Braunstein, Blackmoor, Greyhawk, get it?).

But he wasn't really down with RPGs. I know! And Braunstein wasn't really designed for the roleplaying- that was player driven. So, I think he gets just the right amount of credit- the mention.

The issue with EGG and Arneson is more complicated. I tend to oppose both the deification of EGG, and the backlash/hagiography of Arneson. I do think it is incorrect to view them as equals in an endeavor (Lennon/McCartney), and I also think it's unfair to tar Gygax as the Ray Kroc of this situation- someone who just took someone else's idea and marketed it.

If you know the history, and read this article, it's not surprising. Arneson brought in the magical element; he took Chainmail and turned it into the semblance of what we know today- an RPG. He was the original element of chaos- as he was in Braunstein.

BUT ... and this is a huge and unavoidable but, he wasn't Gygax. Here is the telling pullquote, which is in accord from everything I have read: "Arneson didn’t have a concrete ruleset; he was making things up as he went along. But, Kuntz said, he did manage to cobble together 18 pages of handwritten notes, a lot of which were simply stats for Chainmail monsters."

Arneson could never have created D&D; it wasn't in his DNA. Everything we think of as "D&D," the books, the rules, the mythos, that was all Gygax. Would he have done it if he hadn't played in Arneson's game? No. That really was a eureka moment.

And I think that's where we get to the root of that particular bad behavior; it isn't right, but you can see that Gygax brought Arneson on board, and Arneson just wasn't capable of producing any product. And, well, that can be frustrating.

Arneson deserves all the credit in the world for creating the "RP" part of RPGs, but Gygax made the game. The two things are not mutually exclusive.

Eh, I like the articles, and I think it's healthy to have multiple sources reporting on our hobby. The worst that can happen is that they're wrong, and it's better than insularity.

darjr said:
I kinda don’t get it. I mean this is the story as I understood from recent times. And I don’t think it’s really that disputed except in minor details.... maybe?
Click to expand...

Yeah. The article positions this as, "the stuff you didn't know," but I suspect many of us are quite aware of it, at least in the generalities.

Parmandur said:
Unfortunately, it seems Gygax interpreted it as a power move, and a threat, and liked being a big fish in a small pond...
Click to expand...

Just because you're paranoid, doesn't mean they aren't out to get you. It isn't like Gygax is the only person around who may make, what seems from the outside, to be a petty grab for power in a business venture.

We expect all formative figures to be paladins. Then, we love to vilify them when they fail to meet that unrealistic expectation.

Sure, he wasn't great with the business. On the other hand, he gave young Kuntz a place to be when the social systems of the day failed him. Sounds more like... he was a human. Did some good things, did some crummy things.