RPG Crowdfunding News – Kingdoms and Warfare, Voidheart Symphony, Against the Darkmaster, and more

This week I share RPG crowdfunding campaigns that end between November 15th to the 21st. Among these 17 campaigns is the soon-to-be fourth member of the million-dollar RPG crowdfunding campaign. What’s that? It’s a tabletop RPG crowdfunding project that reaches a million dollars like Matt Colville’s Strongholds & Streaming, John Wick’s (now Chaosium’s) 7th Sea: Second Edition, and Hit Point Press’ Humblewood Campaign Setting for 5e. By the end of today, Matt Colville will be breathing that rarified air again with Kingdoms, Warfare & More Minis! which should be over a million dollars by then. Congratulations to Matt for his achievement.
[UPDATE: When I turned this article in, Kingdoms, Warfare & More Minis! seemed likely to reach $1,000,000 before the article went live. I was off by a day. I've updated the opening paragraph to reflect that.] 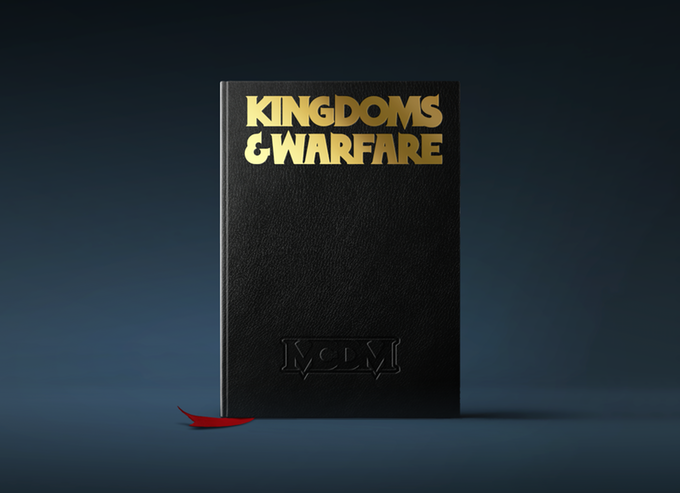 “A 5th Edition supplement for managing kingdoms, playing organizations, and waging war. Kingdoms and Warfare introduces Domain-level play to your game, allowing players to become Regents running a Kingdom, Duchy, or Barony! Or a Church! A Thieves’ Guild! A Bard’s College! Whichever you choose, it’s your Domain. Your domain can take actions, raise armies, conduct espionage, and wage war! Different kinds of Domains have access to different actions. A Thieves’ Guild is quite good at espionage, not so good at raising armies. So, you may need allies! Because you will certainly have enemies! Characters are still adventurers! But now the stakes are higher. Now the dragon threatens your people! And the dungeon contains the power you need to stop your enemies’ schemes! While you’re away; your Lieutenant runs your domain (by your command) allowing you to continue adventuring as normal.”
Click to expand... 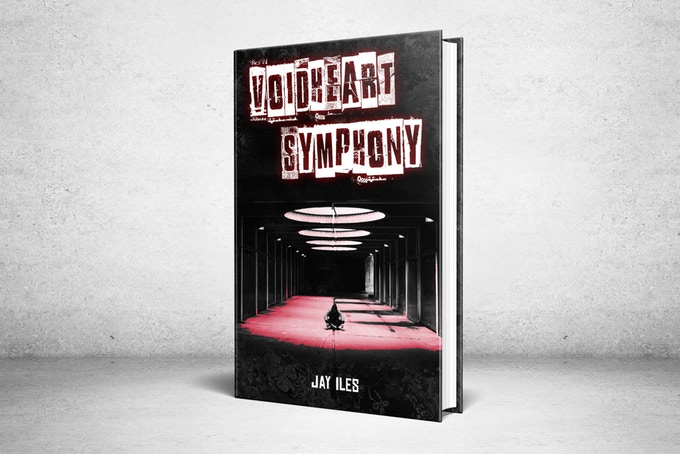 “A tabletop roleplaying game of psychic rebellion in the shadows of the city, Powered by the Apocalypse. Voidheart Symphony is a game about mundane heroes fighting their city’s worst predators by delving into an abyssal citadel shaped by their target’s psyches. It's about trying to achieve lasting change without being corrupted or co-opted by the system you're trying to change. It's about a student, a single mum and an elderly activist shifting into their idealised, mythical forms as they take the fight to a nightmare labyrinth twisting within the mind of their target. It's about taking the themes and motifs of works like Persona 5, Psychonauts and Inception, and using them to tell stories that are politically-aware and LGBT-inclusive - and feeling incredibly stylish as you do so. Voidheart Symphony is a tabletop roleplaying game, played with your friends over multiple sessions using six-sided dice. It will be a 200+ page 6"x9" hardback book, and a bookmarked, hyperlinked PDF. Voidheart Symphony is based on rules I've developed in Legacy: Life Among the Ruins and Rhapsody of Blood, but it's entirely standalone - no other books are required to play this game.”
Click to expand... 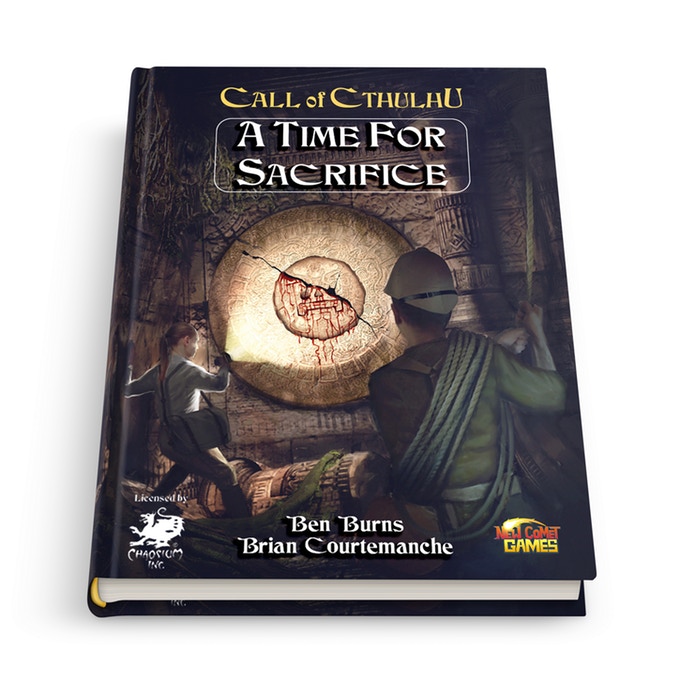 A Time for Sacrifice: A Call of Cthulhu Adventure by New Comet Games

"A Time for Sacrifice is a Call of Cthulhu 7th edition adventure book set in the classic 1920's era, licensed by Chaosium. The book contains a series of three adventures set in the Mesoamerican setting, including the Mayan society. The book will feature the beautiful art work of Edoardo Campagnolo, brought to you by New Comet Games, the same people who brought you the award-winning Call of Cthulhu book Devil's Swamp. We are planning for each of the 3 adventure's to be approximately 50% longer than standard Call of Cthulhu scenarios. An Egg Out of Time by Ben Burns, Pyramid Scheme by Brian Courtmanche, [and] Doorway to the Gods by Ben Burns.”
Click to expand... 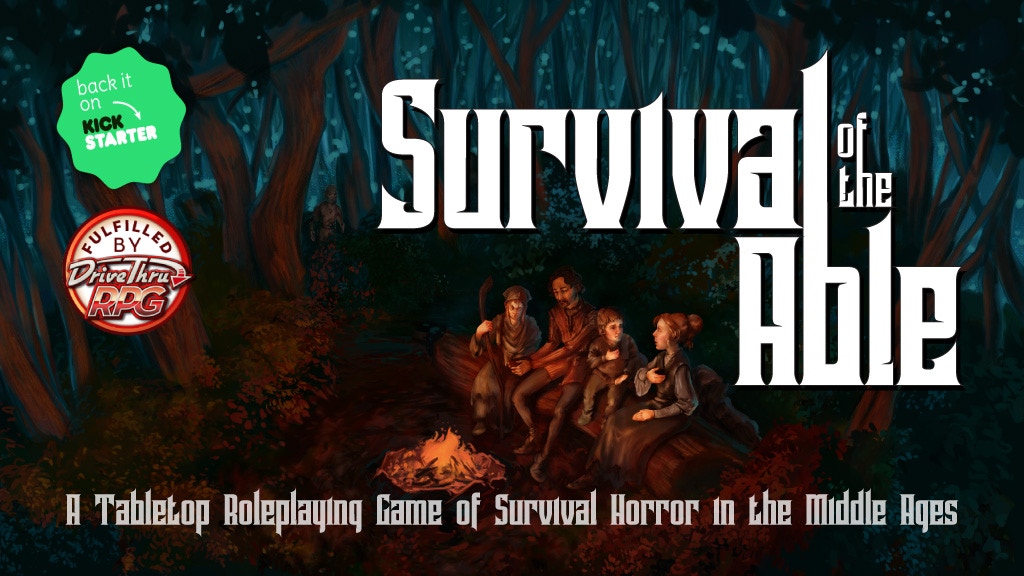 Survival of the Able by Accessible Games

“A Survival Horror RPG about People with Disabilities. In Survival of the Able you’re a person with a disability living in a European almshouse when the Black Death arrives. Little is known about where the plague originated or how to stop it, but those who die from it are rising again—and they’re hungry for flesh. Since everyone else has succumbed to the plague, it’s up to a handful of you to make your way out of town and away to safety. You may not be the biggest, the strongest, or the fittest, but you're determined to survive. We set this game in Western Europe circa A.D. 1347 because we wanted to put you into a world where people with disabilities (PWDs) have few protections. There are no civil rights laws to ensure equal rights and fair treatment for PWDs, and most people perceived PWDs to be weak, if not helpless. Many PWDs were sent to live in almshouses, which are church-run facilities where PWDs could be taken care of (as if they weren’t capable of taking care of themselves). As a person with a disability in this setting, you wil be challenged to overcome peoples’ fears and judgments. You will have no choice but to survive during a zombie apocalypse. The only non-disabled people you know will be unable to care for you, so you must either overcome the stigma of your disability or join everyone else in a mass grave.”
Click to expand... 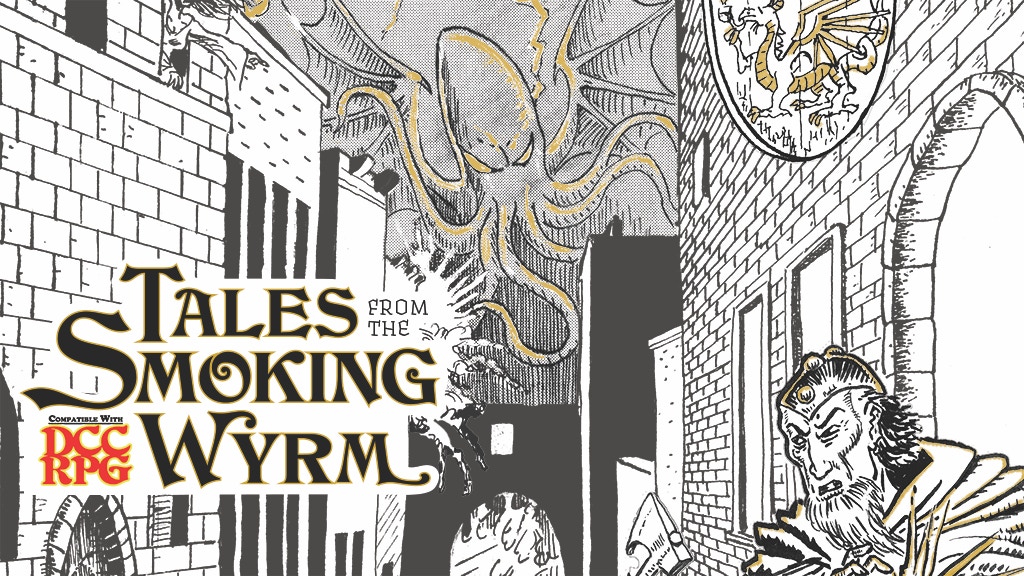 Tales from the Smoking Wyrm Issue #1 by Blind Visionary Publications

“Tales from the Smoking Wyrm is a fanzine inspired not just by the roleplaying game Dungeon Crawl Classics (DCC), but also by the wondrous fanzines of the past 40 years! While we focus on DCC, the material produced can be easily translated into any Old School Renaissance (OSR) system. The first issue will contain 8 features, usable by both players and judges! A tabletop RPG fanzine usable by players and judges, digest size (approximately 5 ¼ by 8 ¼ ), 48 pages, two-color interior, articles by Brian Gilkison, Trevor Stamper, John Olszewski, and Steve Harmon, art by: Joel Phillips, Carmin Vance, Alex Mayo, Bradley McDevitt, Caitlin Stamper, and Trevor Stamper.”
Click to expand...

Against the Darkmaster by Open Ended Games

“An Epic Fantasy tabletop RPG inspired by the great classic fantasy sagas, built for heroic action and Heavy Metal combat. Against the Darkmaster is a traditional tabletop Epic Fantasy roleplaying game, inspired by great classic fantasy sagas and designed to bring heroic action and heavy metal combat to your table. If you put together works like The Lord of the Rings and The Wheel of Time, sprinkled them with a bit of Labyrinth and Dragonslayer, and put everything in a blender together with a healthy dose of classic Heavy Metal, you’ll get a typical Against the Darkmaster game session. The game is built around a single simple underlying mechanics: you roll a d100, add your bonus, and confront the result on a table to see the outcome of your character’s actions. This makes the game quick and easy to master even for new players, without having to sacrifice detail. With 12 different Kins, 13 Cultures, 6 Vocations, and dozens of different Background Options, Against the Darkmaster doesn’t just let you make the character you want; it also helps you create a hero that will feel as if it sprang straight out of the pages of an Epic Fantasy Saga!”
Click to expand... 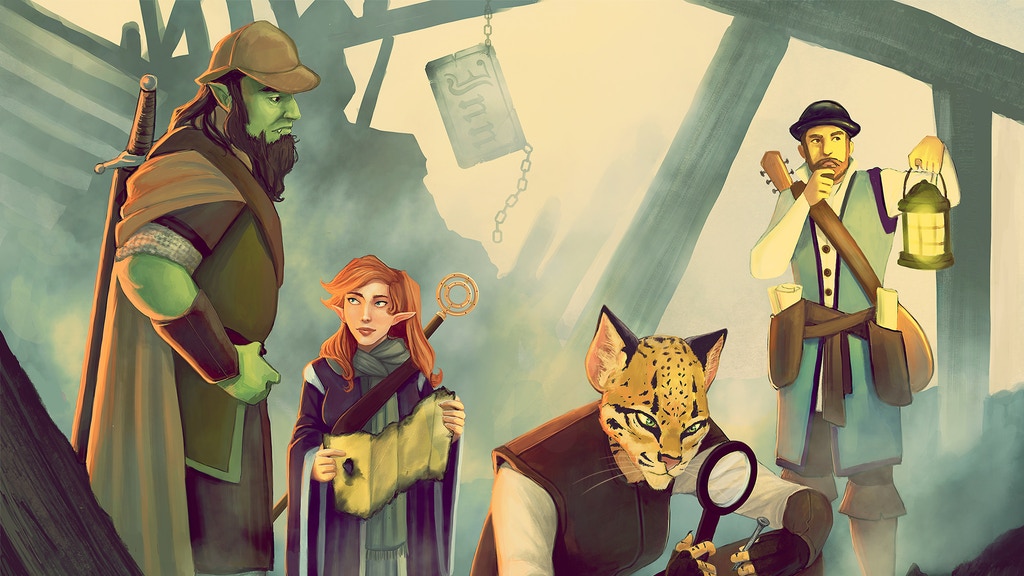 “A set of three devious mysteries to test your skills of investigation and deduction, designed for use with Dungeons and Dragons 5E! Empyrean Investigations is a book dedicated to bringing mystery to life in your home game of 5th Edition Dungeons and Dragons. Inside these pages, players will find ideas and mechanics for building their own detectives, and gamemasters will discover three investigative adventures as well as a guide to running mysteries in their campaigns. Tales of detectives and investigations hold a hallowed place in our imaginations. Reading through Agatha Christie's Murder on the Orient Express or Robert Louis Stevenson's The Strange Case of Dr. Jekyll and Mr. Hyde lets us match our wits with those of detectives like Hercule Poirot and Gabriel John Utterson as they explore legendary cases both foul and mysterious. Whether the stories are about petty foibles or supernatural terror, we can't help but turn every page searching for the next clue.”
Click to expand...

Path of the Wilds (Pathfinder RPG) by Ascension Games, LLC.
IN THE RED - the first Quest from Dungeons on a Dime by Dungeons on a Dime
Fight This Mutant by Mudpuppy Games
Leopard Women of Venus by JLHB Polytechnic
Brainjacked - A Cyberpunk campaign setting for FATE core by Canterbury Games Studio
Tome of Horrors 2020 for Fifth Edition by Necromancer Games
TABLETOP GAMING CONVENTIONS

One day I will learn my lesson, remember to not read these columns, and save myself a great deal of money.

But today is not that day.

Thank you for the shoutout!

And if anyone has any doubt or question about Against the Darkmaster, just shoot me a message!
Last edited: Nov 6, 2019

Topramesk said:
Thank you for the shoutout!

And if anyone has any doubt or question about Against the Darkmaster, just shoor me a message!
Click to expand...

I hope it helps spread the word!