This week, I look are RPG crowdfunding projects that end between November 18 and 27. The big guns are here: Python, Paranoia, and Mutants & Masterminds. In addition, there are some other great games coming to your gaming table. 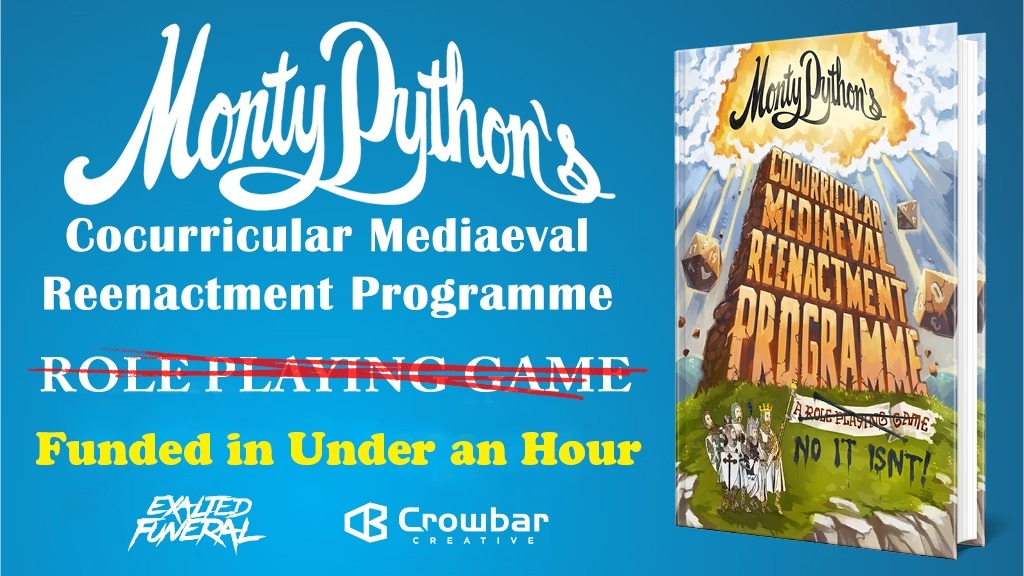 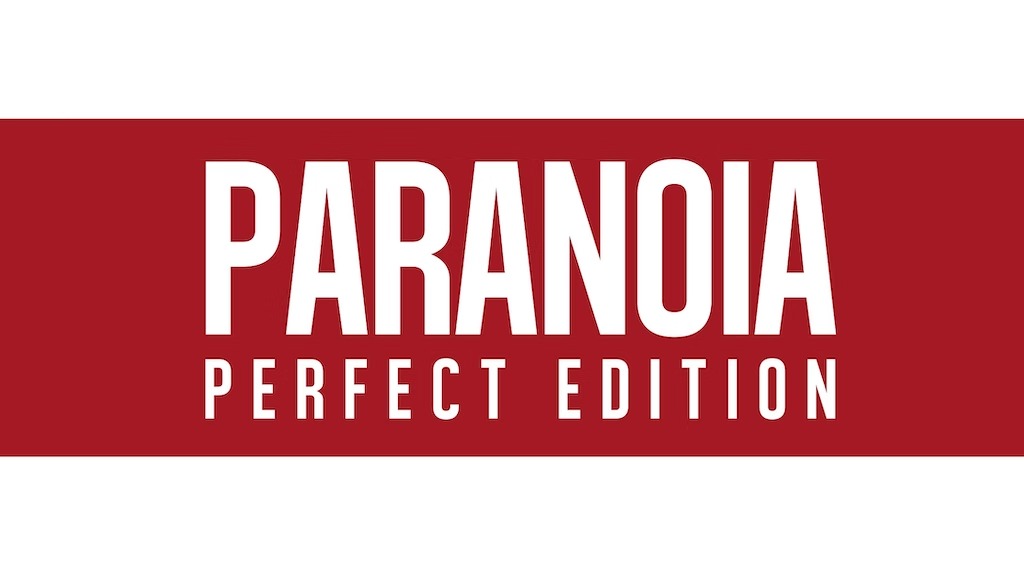 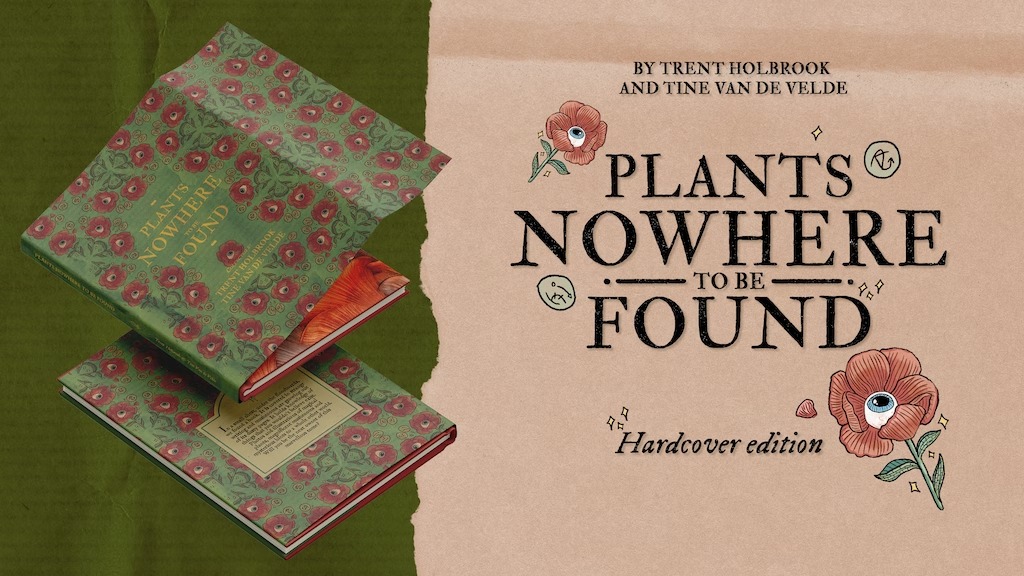 Plants Nowhere to be Found - Hardcover edition from Trent Holbrook 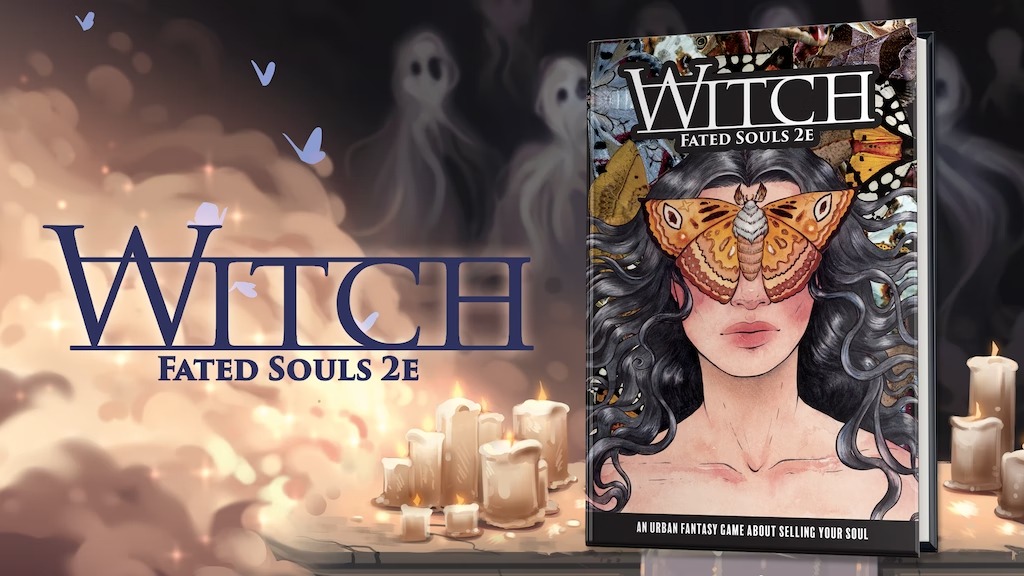 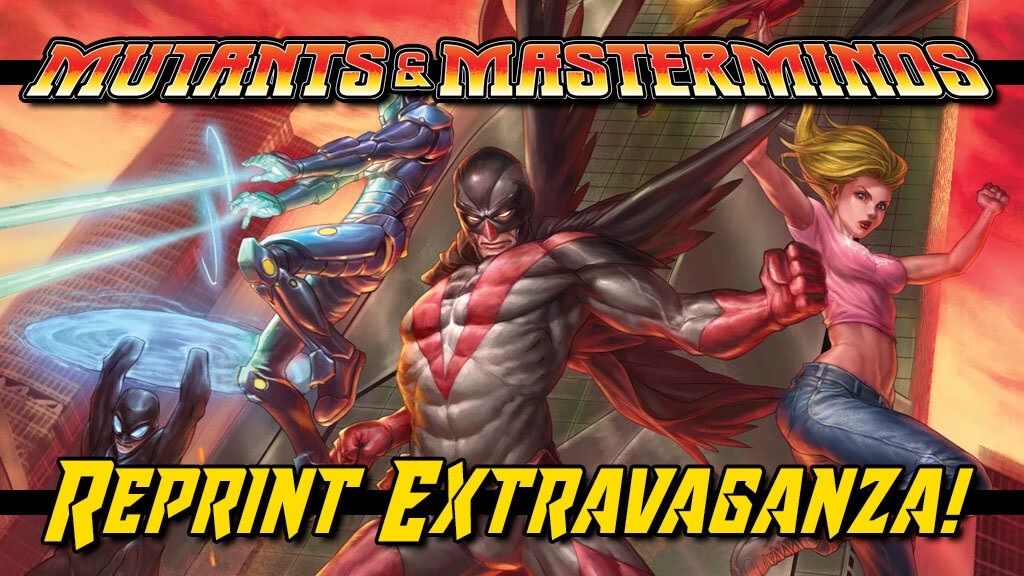 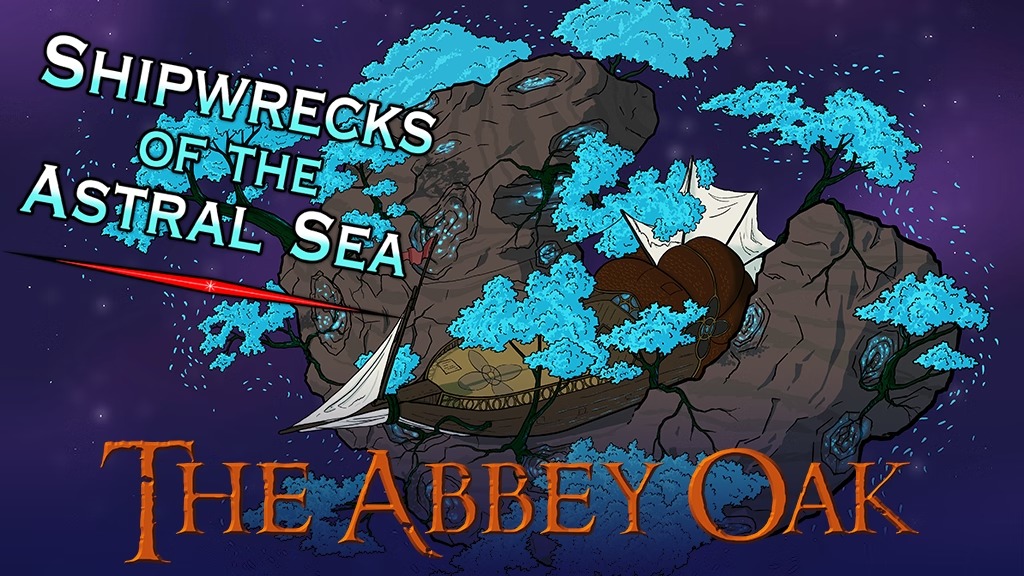 Shipwrecks of the Astral Sea: The Abbey Oak from Jerry Joe Seltzer 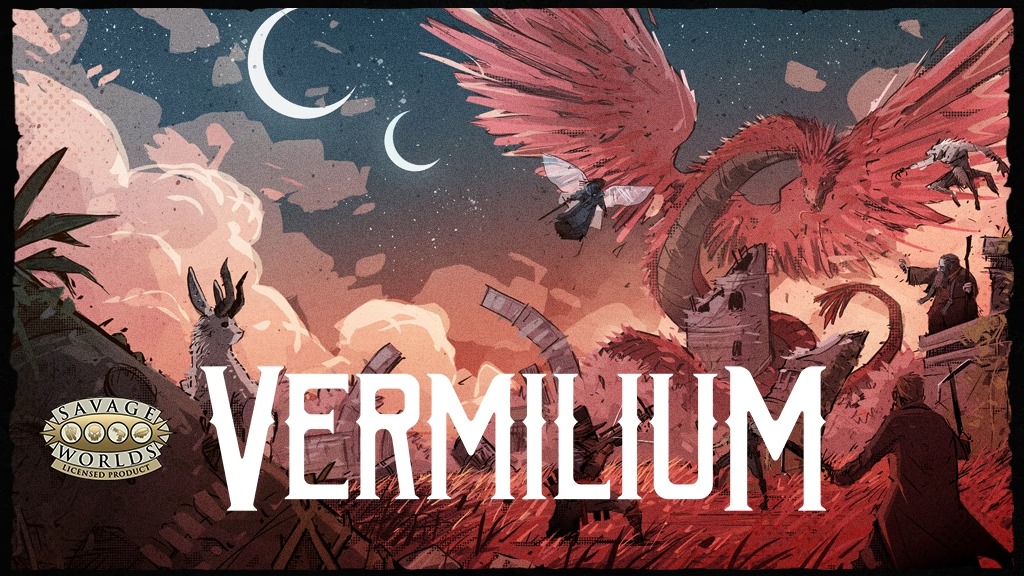 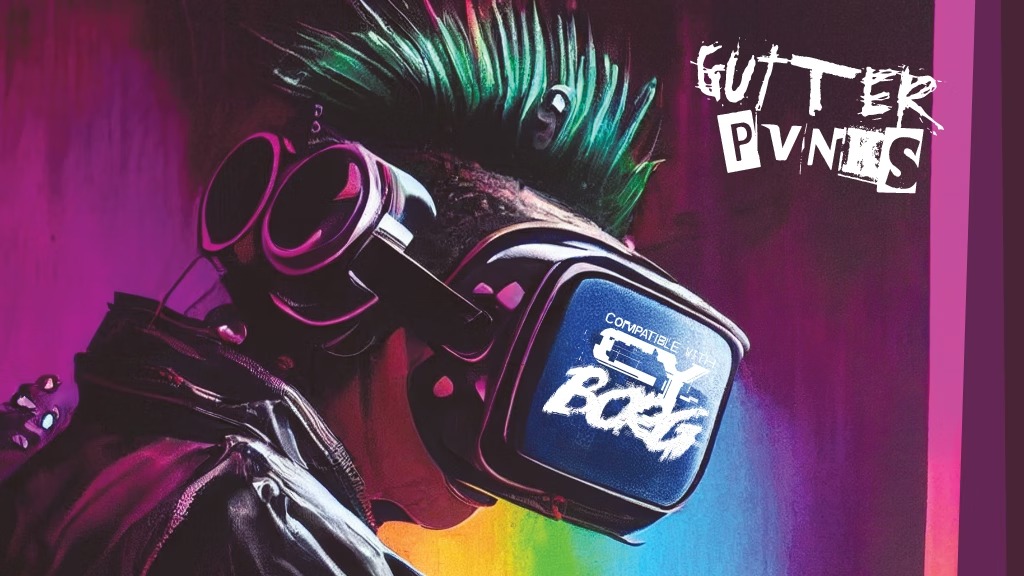 Ghost2020 said:
I wonder if other less complicated super hero games are taking their spot? Sentinel Comics, Masks PbtA, Claim the Sky, Icons, BASH, City of Mist, etc seem to have some traction in the TTRPG world.
I tried to like M&M in the various editions, but I didn't want to deal with huge list of Feats, and it never seemed to get substantially better.
Click to expand...


Or people want to play in a licensed superhero world and have been trying out the Marvel Multiverse RPG playtest and are waiting for the full core book release next year, rather than bothering with any existing supers game. I know I am.

Dire Bare said:
I'm a huge fan of a lot of Green Ronin's stuff, the updated Book of the Righteous and the Book of Fiends. I've always enjoyed Blue Rose, but never have gotten around to playing it.

I hope the idea that they are struggling as a company is just speculation and rumor and not based on anything real. It is effectively a one-man operation however, if Chris Pramas ever needs to step back, that might be the end of the company.

Now, for the Monty Python kickstarter, I just got the latest backer email today and they have added bonus stuff for all the way up to a total of $2.5 million in pledges, with a final bonus, if all goals are hit, of a set of coconut half-shell dice cups. Not made of real coconut, of course.

That is a big jump from the current $1.6 million in just 10 more days, so sadly, I do not think the coconuts will make it.

Jer said:
It's funny because when M&M 1e came out I remember being happy to see a point-buy superhero game that wasn't nearly as complex as Champions. 2e and 3e both simplified it, but now I don't think I'd run it - I'd run Icons[*] over M&M every time now because M&M is just too fiddly. Just shows how the environment has changed since '02.

I don't think that is true of 2E at all. 2E is nearly as robust a power design system as Champions was -- I know because I GMed M&M2 for years for a bunch of Champions players and they utilized it to its fullest.

3E did streamline things, sacrificing some of its versatility, but it is still pretty robust. I prefer running 3E even if my players preferred 2E characters.

This KS's woes are probably as much a reflection of the overall weakness of super hero games in the marketplace overall, as well as M&M being long in the tooth: 3E came out in 2010, after all. There are many beloved supers games but they all seem to struggle to maintain a solid footing after just a few years. Even Champions and Mayfair's DC Heroes had relatively short edition cycles, with less and less support as editions went on.

Add to that the current narrative driven, rules light, don't make-me-do-homework attitude and I don't think any crunchy supers game would do well right now.

If the company is having cash flow issues, I'm guessing no.

I own almost everything for 2e and 3e M&M and I probably won't be backing this one simply because I already have it all and there's nothing in it for me. The only new stuff is the novels, and I haven't been a fan of M&M fiction in the past. If they'd included the new Danger Zones book as an add-on (yes, it's another one of their pdf compilations, but I'll take what i can get for M&M at this point) then I might be tempted.

The 3rd party market for the system is basically dead too. I have an alert set up at DRTPG for new M&M content, and there's one publisher putting out PDFs of two hero/villain profiles for a few bucks on a fairly regular basis, but compared to the volume of material that was being produced in 2e or early 3e by quite a number of publishers, it's increasingly looking like a system on the decline.

Reynard said:
I don't think that is true of 2E at all. 2E is nearly as robust a power design system as Champions was -- I know because I GMed M&M2 for years for a bunch of Champions players and they utilized it to its fullest.
Click to expand...

Oh I'm not saying 2e isn't robust - I'm saying it's easier to use and less complicated than 1e, which was already a more streamlined design imo than Champions but 2e improved on it.

It's just that despite how impressive I felt the system was then I have no desire to run it now because even 3e is too fiddly for where my group and I are at with our systems these days.

Superchunk77 said:
If the company is having cash flow issues, I'm guessing no.
Click to expand...

The Fantasy Age is behind on release, but that could be a number of factors, as most publishing schedules have been punished in the last few years. I wouldn't doubt we'll see a KS for it. I hope so, I'd like to see the revised corebook eventually.

Whizbang Dustyboots said:
Building your own system potentially means you're no longer subject to the whims of the next generation of leadership at WotC -- something especially appealing for anyone publishing during the 3E/3.5 transition. But it relies on that other system being a big hit. Obviously, it did well enough for Green Ronin to do a bunch of different AGE books, but it never caught Pathfinder and even Paizo is now toying with 5E books, suggesting that these alternatives may be finding things a bit harder during a popular D&D edition.
Click to expand...

In theory it has lots of benefits, but, you have to score 'big'....

It is very difficult for fantasy RPG's without a long standing brand name like WFRP, to gain any traction.

The AGE system is just a slightly different way to do what D&D does, and unfortunately for GR pathfinder was already well cemented as the "D&D" alternate to D&D in RPG land.

In my opinion; in spite of the awareness the tv show brought, the Expanse rpg was not a winner. And I still have no idea why they keep Blue Rose around as a thing... But that's just me.


Whatever they are doing it is evidently not enough to stop GR financial woes.

Reynard said:
Add to that the current narrative driven, rules light, don't make-me-do-homework attitude and I don't think any crunchy supers game would do well right now.
Click to expand...


Well, we have gotten a lot more casual players in the hobby.

And casual players do not "work" for their fun. They just want to sit down and play.

5e has the largest network effect, which in spite of some 5e rulesets quirks allows casual people to just sit and play with minimal effort - any system issues will be explained to them by the group - which means that they do not have to actually read the rules for themselves. Which would be "work"...

Jaeger said:
Well, we have gotten a lot more casual players in the hobby.

And casual players do not "work" for their fun. They just want to sit down and play.
Click to expand...

They are there to have fun. If they are not getting the fun that they want, they move on.

humble minion said:
The 3rd party market for the system is basically dead too. I have an alert set up at DRTPG for new M&M content, and there's one publisher putting out PDFs of two hero/villain profiles for a few bucks on a fairly regular basis, but compared to the volume of material that was being produced in 2e or early 3e by quite a number of publishers, it's increasingly looking like a system on the decline.
Click to expand...

I think this is true for 95% of the market. 3rd party products carry it for a few months more, but eventually, it just dies.. looks pointedly at his shelf full of KS'd RPGs that are pretty much dead in the water If you don't cater to the WOTC juggernaut or the OSR, with few exceptions*, you probably won't survive unless you do. Which is sad, really. WOTC is pretty much creating a IP monster that if you don't support it, you'll not live long in this world.

* - I think if you have a "murder hobo" type game, you'll be okay. See Mork Borg, Cy-Borg, and a few other systems. I think they are calling it "One DnD" because they want to be the ONLY system out there with new product. But like moths to the flame, Icarus flying to the sun, etc..

Well, the M&M kickstarter is only a couple of thousand off funding with over 10 days to go, so it'll get there almost certainly, which is good to see. They probably won't tick off many of the stretch goals though.