Release SINS: Swords from the Sea 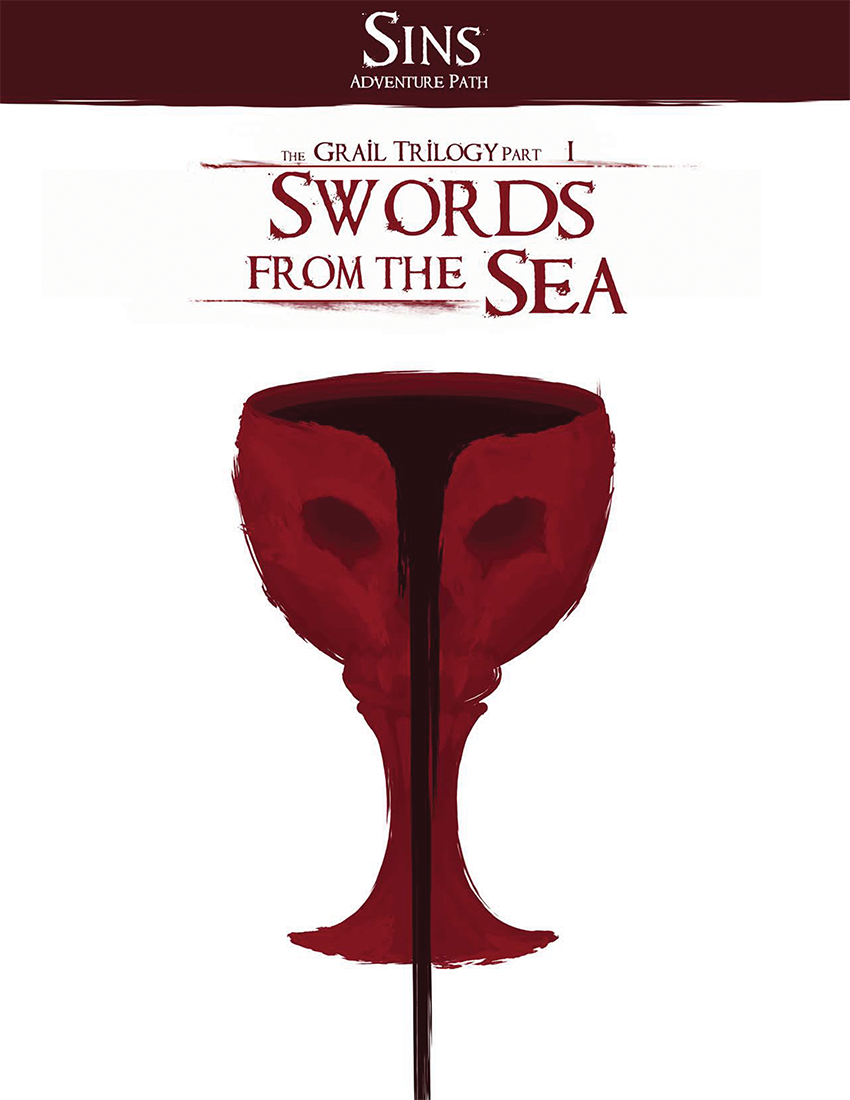 ‘The Grail Trilogy, Pt1: Sword from the Sea’ now available on DriveThruRPG: drivethrurpg.com/product/416743/SINS-Swords-from-the-Sea

Something strange is happening on the East Coast. Bright lights can be seen in the sky at night and soldiers clad in advanced body armour and carrying military-grade weapons have appeared, seemingly, out of nowhere. They wear uniforms of pristine Kevlar and sport red military patches marked with chalices.

Among other suspect rumours, there is talk that the groups have been ‘requisitioning’ supplies from nearby settlements and setting up bases in remote locations. There are more worrying reports that some people have been taken - hauled away for interrogation by these soldiers to never be seen again. Anyone who tries to approach them is gunned down. In saloons, bars and watering holes across the East Coast, locals fearfully whisper the same moniker—the Grail.

The first scenario of this adventure acts as the inciting incident for the adventure and marks the initial advancement of the SINS’ narrative for Manifest Destiny. This scenario is set by the Croatan National Forest in North Carolina, but it can be set it at any settlement where the player characters (PCs) are located—whether they are passing through or acting as an established presence in a given area.

Following the initial skirmish of first scenario, the second is focused on working with the locals to gather information and for the PCs to work out their plan of action for dealing with the Grail. This allows for roleplaying opportunities: the PCs must plan out an attack on a well-organised foe.

The final scenario in Swords from the Sea puts the PCs’ plans into action, with a climactic showdown against the Grail troops.

The overall aim of this adventure is to introduce the Grail, an ambitious new faction with designs on the East Coast. However, if that won’t work in your own campaign or doesn’t fit into your narrative, this scenario can be repackaged as the actions of an elite, well-armed marauder band or as a way to introduce dangerous henchmen who serve your own antagonists.