SMG-Con is coming soon.
from February 25th to 27th we will be running constant games and events online in our Discord free for everyone to play and participate.
Jump into our discord and check out the event:
https://discord.gg/ntvFxgsyB7
Events include tabletop Board Game Tournaments, Panels and various RPG games.
There are various RPG's being run including Super Age, Charm and Robotech.
The full schedule can be seen here: https://docs.google.com/.../1SFYtQozHoQgNhJN3C4uF.../edit...
There are still games with slots open and everyone no matter the level of experience is welcome to join in. 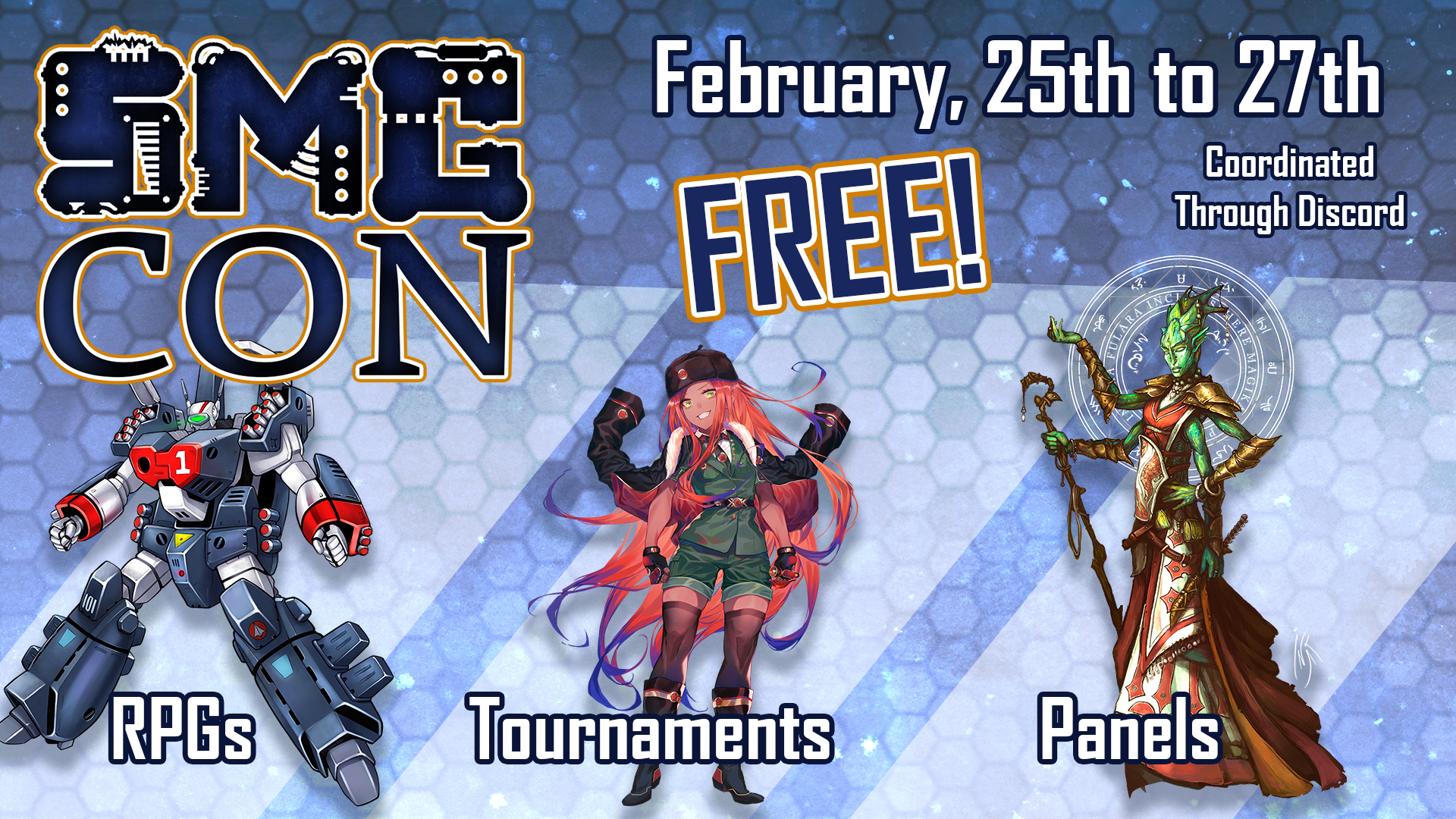