D&D General So which 2e adventures are beloved?

Night below was the one that sprang to my mind too.

The Ravenloft adventures that didn’t involve PCs being casually killed in scripted encounters at the start and then converted into some sort of monster were often very good. I’m blanking a bit on the names, but the murder mystery with the moor hound was a nice one, the Lord Soth module with the memory mirrors, and the first adventure in the Grand Conjunction series, set in Souragne. Castles Forlorn was an amazing haunted house story, if complicated to run.

Al-Qadim did well with its adventures too. Ruined Kingdoms, Assassin Mountain, amd Caravans were all very good (there was an NPC who was a magic rug, who’d tell you secrets if you fed him poetry), but they were Al-Qadim so didn’t make much of a splash outside fans of that setting.

Edit: but there’s a difference between ‘good’ and ‘beloved’ and I’m probably conflating the two here.
Last edited: Nov 23, 2022

I recall getting a lot of mileage out of the Dungeon adventures; Challenge of the Champions. I think there were 4-5 of them in total.

I also made a couple campaigns from Under Illefarn. 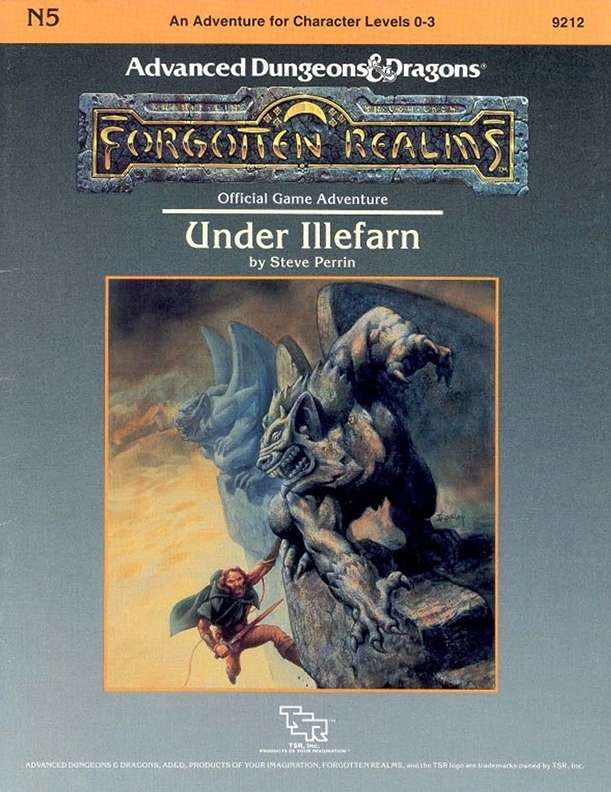 Night Below is amazing. So is Firestorm Peak.

Fallen God or something like that for Planescape is considered a top 10 adventure in a lot of circles.

I know it will sound biased but I’ve (as an DM) enjoyed those more than any 5E adventure so far. Except maybe a 3rd party adventure I ran made for 5E: Odyssey of the Dragonlords. A great Greek themed adventure.

GMforPowergamers said:
Dragon Mountain and a paladin in hell
Click to expand...

delericho said:
Yeah, there was a lot of dross in the 2nd Ed adventure offering. There's also not the same "shared experience" as with 1st Ed adventures (or even 3e, 4e, and now 5e) - because so many of the adventures were tied to settings, and since the settings each had their niche groups of fans, it was hard for many to stand out.

"Night Below" and "Return to the Tomb of Horrors" seem to be regarded as the best of the bunch. My personal favourite was "The Shattered Circle" by Cordell - it came close to the end of the edition so was never going to be a massive success, but I enjoyed it.

I ran The Shattered Circle in Pathfinder as a prequel adventure to the Second Darkness adventure path, and I enjoyed it a lot.

The players enjoyed it as well, although their favourite moment was actually a happy accident - they were being pursued by a gibbering mouther or something, and it fell down a pit trap that they knew about but it didn't. (It wasn't that they tried to lure it into the pit, either. The dumb thing fell in all by itself.)

I've also run Night Below and enjoyed that too, but I re-wrote quite a lot of it (since I already had lots of ideas for an underdark campaign).

Return to the Tomb of Horrors might be a bit too grim for my group, but I'd like to give it a try sometime.

I've also run the Sea Devils trilogy as part of an underwater campaign (which makes it a bit easier, since the characters can breathe underwater) and enjoyed that as well. I did rewrite some of the worst elements of railroading to make them a bit less blatant.

I'd also love to run Gates of Firestorm Peak, but it seems like it would be great as an Eberron adventure so I'm saving it until I can get an Eberron campaign going. (Which might never happen.)

I do own Dragon Mountain, but we play Pathfinder so it loses some of its edge when you can just give the kobolds as many class levels as you like. Also, the "twist" at the end of the first part of the adventure really annoys me for some reason.


When it turns out the bad guys have been targeting the PCs due to a misunderstanding.
Looking at that list, there's a lot of Bruce Cordell adventures on it. Maybe the argument should be that, apart from the Bruce Cordell ones, there aren't many good 2nd edition adventures?

amethal said:
Looking at that list, there's a lot of Bruce Cordell adventures on it. Maybe the argument should be that, apart from the Bruce Cordell ones, there aren't many good 2nd edition adventures?
Click to expand...

I'm not familiar enough with enough of the 2nd Ed adventures to really comment on that. But Bruce Cordell definitely had a hot streak when it came to adventure design that seemed to run through the last several years of 2nd Ed and much of 3e.

Neonchameleon said:
I was reading one of the Dragonlance threads and saw this exchange


And it got me to thinking; I can think of a lot of 2e settings that are beloved, and a lot of B/X and 1e adventures. Even 3.0, 3.5, and 4e adventures. But the more I think about it the more @Reynard appears to me to be right, and I struggle to think of beloved or influential 2e adventures. So what should I look at?
Click to expand...

If you care to stretch the point, the Baldur's Gate CRPG was 2nd edition.

2e Ravenloft had both amazing adventure modules and some incredibly terrible PC agency-robbing ones.

Ones I ran that I really enjoyed and would recommend.

Howls in the Night, great ghost story mystery investigation with ambiguity on who the bad guy is.

Feast of Goblyns a bunch of different themed villains with politics and relationship connections, a good mix of classic D&D and ravenloft gothic horror domains stuff for mid-levels.

Ship of Horror, a higher level cursed New England vibe with covered up horrors that the PCs become entangled in and uncover as they go.

I have heard a lot of praise for a bunch of Planescape modules like The Great Modron March and Dead Gods but I don't have experience with them.
Last edited: Nov 23, 2022

aco175 said:
I also made a couple campaigns from Under Illefarn.
View attachment 267670
Click to expand...

Under Illefarn is great, but it is a 1e module.

Cosigned on this one, absolutely. I ran it back in the day and if I ever get around to running a Ravenloft campaign in 5e, will open with it.


Ruins of Undermountain springs to mind for me. The PCs kept coming back to it again and again, always trying to see how far they could get before retreating. I'm also fond of it because it taught the first power gamer I ever DM'ed for fear, sending him running back to the entrance.

humble minion said:
The Ravenloft adventures that didn’t involve PCs being casually killed in scripted encounters at the start and then converted into some sort of monster were often very good. I’m blanking a bit on the names, but the murder mystery with the moor hound was a nice one,
Click to expand...

Howls in the Night

humble minion said:
and the first adventure in the Grand Conjunction series, set in Souragne.
Click to expand...

Night of the Walking Dead

Supporter
I didn't run many stock 2e ones... is this one cheating? 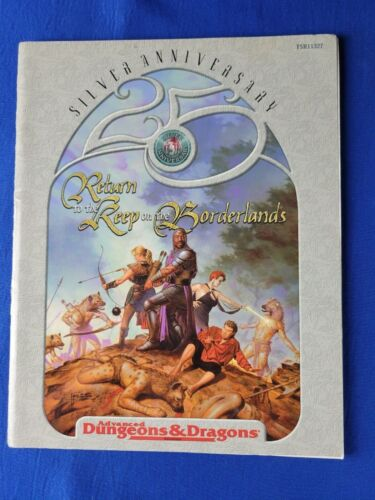 For how different it is from the original, I'd argue no it's not. It's not a copy of the original like some of the silver's were.

I hadn't realized this before now, but...
My 1e experience was dominated by playing through the classic 1e modules.
In my 2E experience, I neither ran, nor played, a single published adventure.
Same for 3e - only homebrewed stuff. And I didn't play enough 4e to establish a pattern.
For 5e, I'm back to playing a lot of published content.

Both Freedom and Road to Urik were awesome.

DEFCON 1 said:
The Gates of Firestorm Peak by Bruce Cordell is another big and popular one.
Click to expand...

I have run this adventure twice in 5e now and I can confirm it is excellent. I came tot his thread to post about it.

I hadn't realized this before now, but...
My 1e experience was dominated by playing through the classic 1e modules.
In my 2E experience, I neither ran, nor played, a single published adventure.
Same for 3e - only homebrewed stuff. And I didn't play enough 4e to establish a pattern.
For 5e, I'm back to playing a lot of published content.

4e had some great adventures once the adventure designers found their stride with the game: e.g., Madness at Gardmore Abbey and Reavers of Harkenwold.

D&D General Some Thoughts on Historical Edition Changes, and What that Portends for OneD&D
2 3

D&D General Chekhov's Gun and the Hickman Revolution- What Type of Campaign Do You Run?
2 3 4