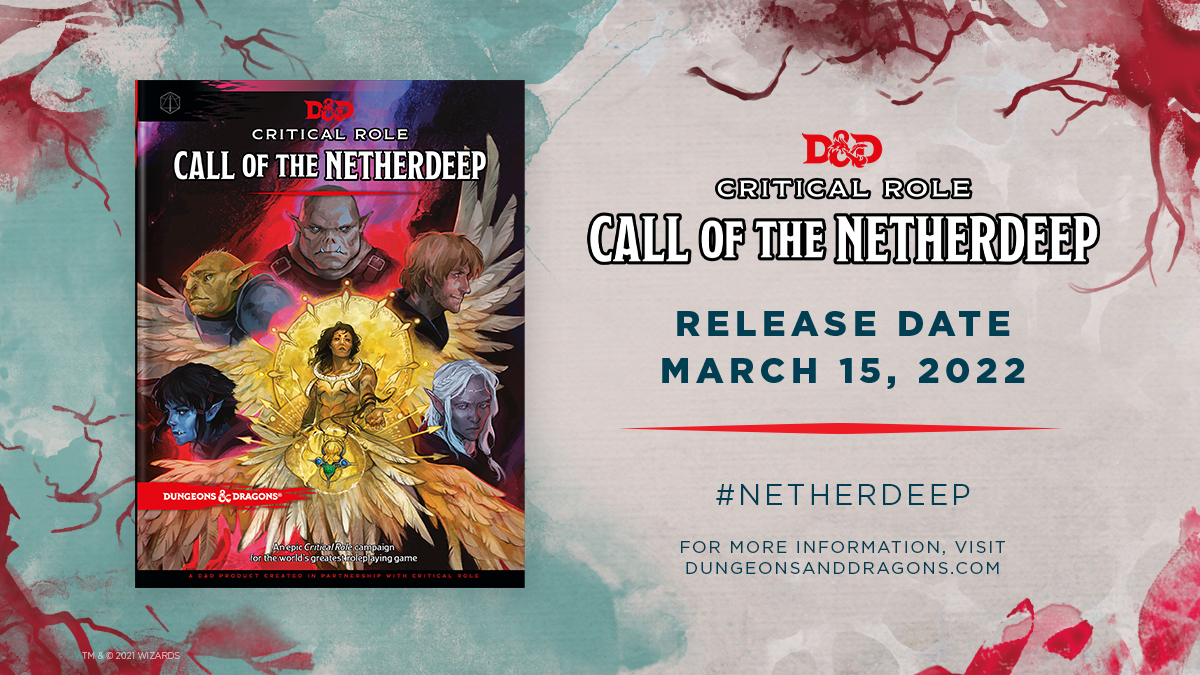 Explore Exandria like never before in Critical Role: Call of the Netherdeep, an adventure bursting with lore and all-new art inspired by the campaigns of Critical Role.

It’s an adventure set in Exandria

Yeah! I know a few players are gonna be excited

Well, there's our "peek" for this year into a setting that we were told about. So we still have two full settings left for the year...

Spelljammer in May, presumably. Yay for a few more months of arguing about the phlogiston...

Demetrios1453 said:
Spelljammer in May, presumably. Yay for a few more months of arguing about the phlogiston...
Click to expand...

Considering the, err, critical role that CR has played in growing 5e fandom, I'm not surprised to see WotC link up with their releases to an even greater degree. I imagine that CR Season 3 (which is set in Marquet) will probably explore similar themes but not actually touch on the events of the adventure.

WotC knows what side of their toast is buttered on. If they're going set an adventure on a setting outside of Faerun... best to go to the one that most of the current D&D population knows and cares about.

Spelljammer will return, and maybe even we will see an oficial crossover with Fortnite (OK, I was kidding).

The races have appeared in the last UA playtesting, and this a good sign. Maybe we will see a second UA for other PC races.

I guess the fraals will appear in the setting, but after the handbook of psionic powers. (Yes, they were in AD&D).

The sesheyans appeared in Dragon Magazine #251 as race for D&D. They can fly, or glade at least, but they aren't very good about this and they get tired too soon. 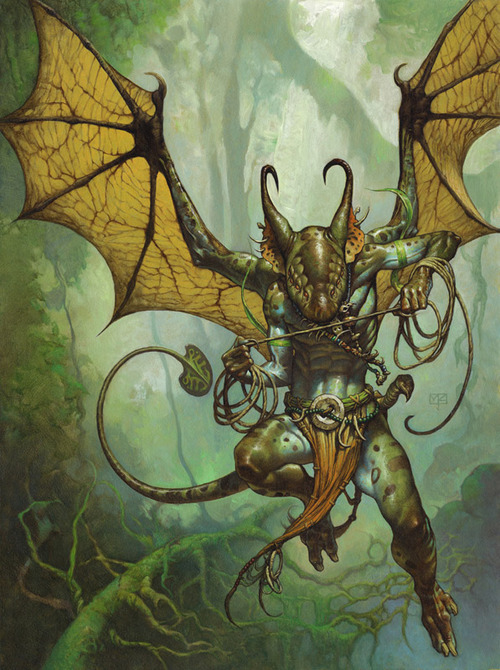 There is a potential market, the fandom who love sci-fi franchises (Halo, Mass-Effect, Starcraft, Farscape, Andromedad, Babylon 5, Galactica). And WotC needs to show an alternative to Paizo's Starfinder. @LuisCarlos17f the fortnight joke is awesome

Demetrios1453 said:
Well, there's our "peek" for this year into a setting that we were told about. So we still have two full settings left for the year...
Click to expand...

The word Ray used was "cameo". I think this counts as more than a cameo, so I don't think this is it.

D&D 5E The 4 premier sets of Magic the Gathering 2022 are announced, speculation whether they will crossover with D&D
2 3 4