So I started and completed a game of Waterdeep Dragon Heist, but my players wanted to return to the city as they enjoyed playing in that urban sprawl.

As someone who doesn't have the time to develop my own homebrew campaign, but still wants to continue the threads of adventure from the original book, I've begun developing a "stretched-out Dragon Heist" that extends the adventure into something much longer, up into higher levels, by using other adventures already released and integrating it with Dragon Heist's content.

FAQ:
Why don't you just have them play Dungeon of the Mage Mage?
Although DotMM is intended to be played after Dragon Heist, and the leveling aligns, the style of game is very different, with much less emphasis on story and much more on hack-and-slash dungeon delving. There's nothing wrong with that, but it can be a big shift in style from the Heist and is not fun for some players. This "extension" is meant to keep a balance between combat and roleplaying, and has much closer ties to the characters and events from Dragon Heist.

How is this different from the Alexandrian Remix?
The Alexandrian Remix is a way of running Dragon Heist so that instead of running one of the four villains, your players face them all in different ways, alternating. Although the remix is great, I find it can make the adventure overly complicated and does not extend the adventure much past level 5. This "extension" is meant to run Dragon Heist first as normal with one villain, and then runs a second villain, then a third, then the last, one after the other with their own story, gradually picking up in difficulty as well.

Have you run this? Is it tested?
I'm currently running the game now, and will be updating this thread with my results and any complications that may arrive. If you have questions about my plans, feel free to ask!

For the most part, Part One should follow Dragon Heist as written with the Cassalanters in mind, though I made these changes that can make the adventure more fun;

Part Two: Jarlaxle Baenre and the Umbral Aristocracy (in process)
Jarlaxle Baenre is the second villain, as he is stronger in combat than the Cassalanters, but maintains an unwillingness to kill the PC's at first meeting. This section of adventures is tied around the AL adventures the Umbral Aristocracy, a collection of three adventures that heavily feature the Drow under Jarlaxle. Because the party will be fighting at level 5 however instead of 1-4, here are some changes you need to make;

The Map with No Names

Sounds fun. My DM couldn't decide on a villain so we interacted with all 4 groups at different points.

Dyson Logos is making new Waterdeep under the streets maps.

He just did a “basement” tavern 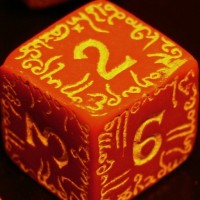 Great site, I'd never heard of them. Thanks for sharing @darjr!