Rone Barton, the co-founder of Iron GM and Iron GM Games, cold messaged me to share the story of MMK of Savage Mojo. With Rone’s credentials and what he told me, I took note because he was giving MMK the spotlight for all of the right reasons. Creators lifting up other creators deserves at least an article, and MMK’s tale of overcoming adversity is exactly what I hoped to report.

EGG: MMK, thank you for speaking with me about the Kickstarter for Suzerain Legends. What is this project about?
MMK: Suzerain is a multiverse setting that’s perfect for 2020. You play as heroes from any genre or realm, saving the universe against terrible odds. You’re up against the wall, but there’s hope. You can fight back and win. I don’t feel we need another dark, gritty setting when real life is dark enough right now. Suzerain heroes bring hope. They show that we aren’t powerless, even when our situation feels overwhelming. On October 4th, we’re Kickstarting Suzerain Legends, the third edition of out veteran roleplay setting, celebrating 20 years since it was first published. Suzerain Legends has a new look and feel, progresses the story of the universe, and has updated rules which make it easy for new players while offering huge depth for different character builds.

EGG: As you say, this is not “just” another fantasy or sci-fi setting, it’s a multiverse. What can players expect from this setting?
MMK: In Suzerain you have the power of a superhero but you may come from any one of a thousand realms. Fantasy lands, sci-fi worlds, historical eras, horror dimensions… you choose. All the heroes in your group may come from one place, or each from their own realm. Together though, you’ll be hunted by the greatest evils the universe has ever seen and fight back against them. Many multiverses are just a way to move characters from one setting to another with little coherent story behind that. The Suzerain universe is different – it’s a living, breathing entity thanks to our Legends Awaken initiative.

EGG: What is the Legends Awaken initiative?
MMK: The Legends Awaken initiative is a way your hero can change the official lore of the universe. Tells us about your Suzerain adventures on our Facebook group or Discord server or join one of our official games. We may incorporate your heroic deeds into the universe. For example, there was a series of games at Dragon Con this month where a couple of enemy factions were pushed back (well done, heroes!) but the Tempest became stronger to fill the power void (bad news!). Those events are now official in Suzerain lore. For me this is an inspiring way to publish roleplay material. Traditionally a developer goes silent for a few months, develops a book, and then sells it. If you like their ideas you buy it. Suzerain is different because I create books together with the community, inspired by the events of their games. I love commissioning artwork for game groups to commemorate their epic wins. I can’t imagine ever publishing roleplay material the old way again! Of course, that means I’m never sure where the Suzerain universe is going. I have ideas, a broad-brush plan, but any GM can tell you: plans don’t last long when players get a hold of them. I know a few creators who would freak out at losing control of their baby, but I love it. It keeps Suzerain fresh for gamers across the world, and for me.

EGG: The earlier edition of Suzerain won a Silver ENnie Award and was an Origins Award Nominee. You’re starting with an award-winning product and the goal is to improve it, and that begs the question, what will be different from earlier editions of Suzerain?
MMK: This is our third edition; we produce one each decade and each time we’re taking a different angle on the universe. The first edition gave you control of ghosts, repeatedly reincarnating in the bodies of people across time and space to fix problems for your patron gods. The second edition made you regular adventurers who developed into heroes over time, starting in one realm and slowly gaining access to realm-spanning portals. Most campaigns tended to focus on one or two realms. Suzerain Legends casts you as a true hero from your first gaming session. You battle evil in multiple realms and save the universe. There’s an energy, a pace to it all. I also wanted a brighter, more upbeat color palette and art style. True heroes don’t get it easy, but they’re the hope of the universe. On top of that, a new edition is always an opportunity to streamline rules and lore, using what we’ve learned to make it easy for new gamers to join in while also adding meaningful options for players and GMs alike. Depth without complexity is the goal here.

EGG: The previous edition was for Savage Worlds as is this one. What makes that engine the right one for your setting?
MMK: The wonderful thing about Savage Worlds is that it’s very easy to understand but has a lot of depth in those simple rules systems. That fits with my approach to game design perfectly. Character creation has many viable builds for your hero. Combat has tactical depth. At the same time if you play D&D then you can pick up Suzerain and play it quickly and easily. That appeals to a lot of gaming groups.

EGG: What kinds of Suzerain-specific rules can players expect with this supplement?
MMK: We’ve got some neat ways to expand the options for players. We’ve expanded how races work so each one gets a range of Edges specific to that race. Do you spend your Advances on those amazing racial abilities, becoming a paragon of your race? Do you ignore them and upgrade your combat prowess or spellcasting powers? Or do you create a hybrid? The days of every elf being an identical nimble archer are over. Also, every hero gets access to magic, not just spellcasters. “Pulse” is a resource each hero gets and uses to fuel supernatural abilities. Managing that resource adds a fascinating new element to your games. 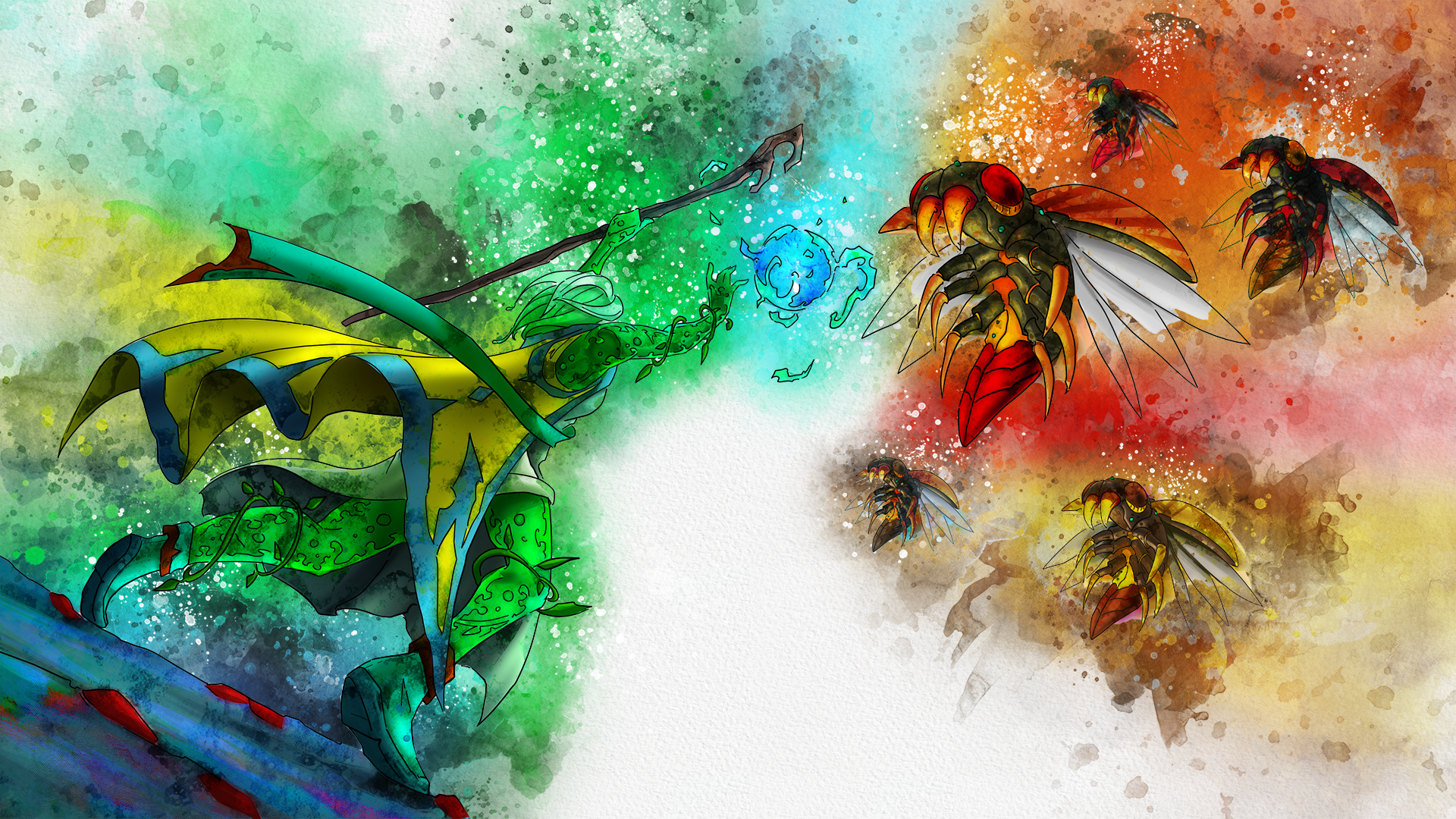 EGG: Let’s turn the camera from this Kickstarter to you and what’s been happening in your life. I was sorry to read that you’ve been diagnosed with Parkinson’s Disease. How has that impacted your life?
MMK: Parkinson’s is a tough disease to get at an early age. There’s no cure and the current treatment actually causes the disease to progress faster. Most people think of it as being about the tremors, and that’s true, but I’ve found chronic fatigue is the hardest part. In less than five minutes I can go from energized to “sit down or fall down” and there’s no predicting when it’ll happen. Developing games and running a small publishing company with those symptoms is hard for sure, but I’m not the type to give up. Perseverance is my motto. It has definitely spurred me to talk more openly about the physical, mental and social challenges that many gamers face. I’ve always welcomed all people to the Suzerain community, and it has become a wonderfully accepting place. For instance, if someone can’t make a game session because they’re having a tough day in whatever way, our GMs and players are really understanding. Now that I’m one of the gamers facing a challenge myself, it means all the more to me.

EGG: Does your diagnosis have an influence on how you’re creating RPGs?
MMK: I work with other people more these days. Sharing the tasks makes everything easier (who would have guessed, right?). Again, the Suzerain community has been amazing. Gamers from around the world offer advice, feedback, help me playtest material and often pick up the slack when I’m having a difficult time. If ever there was a “built by the community” game, it’s Suzerain Legends. My diagnosis has also changed the material I publish. I accept that life can be hard, but more than ever I believe that a positive attitude goes a long way. That comes across in the new edition of Suzerain and it’s a great metaphor for 2020. This year is hard for so many people, but there’s hope. Those who keep pushing for a better future are the true heroes of our real-life world. If you’re feeling like life’s overwhelming you, Suzerain can give you that extra bit of hope to keep going.

EGG: Thank you for sharing details of the game and how Parkinson's Disease has affected your life. For those that want to learn more about this project and follow you, where can they check out your Kickstarter?
MMK: Come over to the [Play Suzerain website] to keep in touch with everything Suzerain and check out DriveThruRPG where you’ll find all our books. I like to make sure there’s lots of free material for you to download and try. If you choose to support Suzerain by buying a book or two, I thank you in advance. Please leave a rating or review – even writing a few words helps immensely!
If you’re looking for a welcoming community of gamers then join us on Facebook or Discord. I look forward to seeing you there.
Egg Embry participates in the OneBookShelf Affiliate Program and is an Amazon Associate. These programs provide advertising fees by linking to DriveThruRPG and Amazon.
Click to expand...

I'm so glad to see this article come together. Thank you for listening, Egg. And Miles, thank you for continuing to share the distant realms that ever flood your mind these many years, despite the sling and arrow spitting weather fronts overhead. You both rock. Or EDM. or Reggae. Whatever your genre... that's what you do.