The Adventurer’s Guide to the Bible is a 5E setting and adventure set in the first century AD. 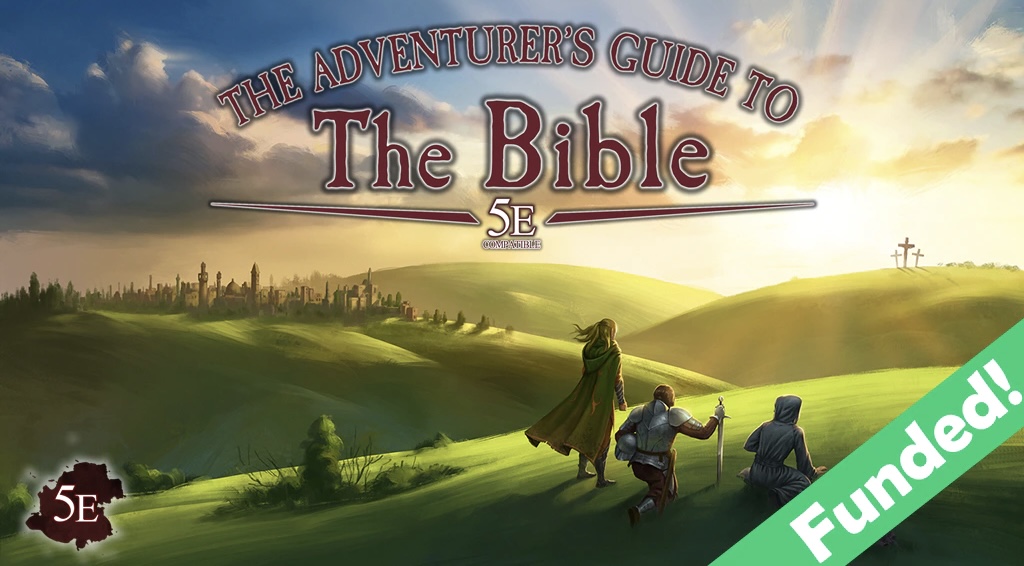 The 350-page book, created by Bible enthusiasts, included four new lineages, a range of subclasses, and an adventure for character levels 1-10, along with a full first-century AD setting with locations like the Library of Alexandria and the Hanging Gardens of Babylon, NPCs, and monsters such as giants, seraph serpents, angels, and demons. The adventure itself involves a search for three missing Magi. 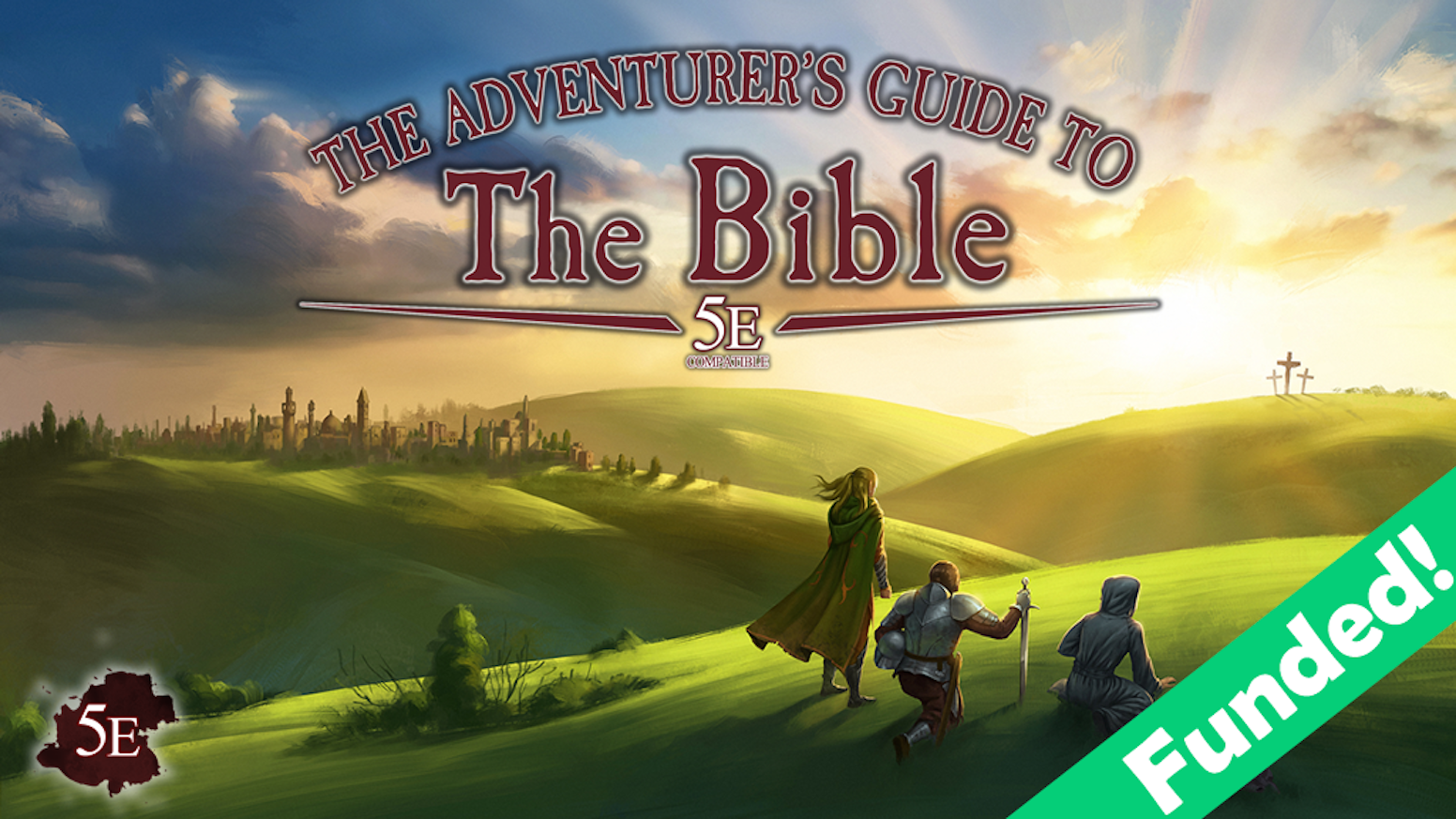 The Adventurer's Guide to the Bible for 5E

A fifth edition campaign setting with new rule options for players and GMs, and a full adventure for characters of levels 1 - 10.


Cleopatra is dead. Rome and Parthia struggle for control of the Fertile Crescent in a bid for world domination, while local politics in the Middle Kingdoms become increasingly divisive. The prophecies of the so-called “Messiah” have long been forgotten, and an ancient Evil lurks in the shadows, corrupting the hearts of humankind. Three of the wisest mystics known as the “Magi” travelled to Bethlehem following a star they believed to be a sign. They never returned. Hope grows dim as the world descends into darkness. What we need are answers... and those brave enough to seek them.

This isn’t the first biblical era setting for D&D, although it might be for 5E. Green Ronin released Testament: Roleplaying in the Biblical Era for 3E over a decade ago. 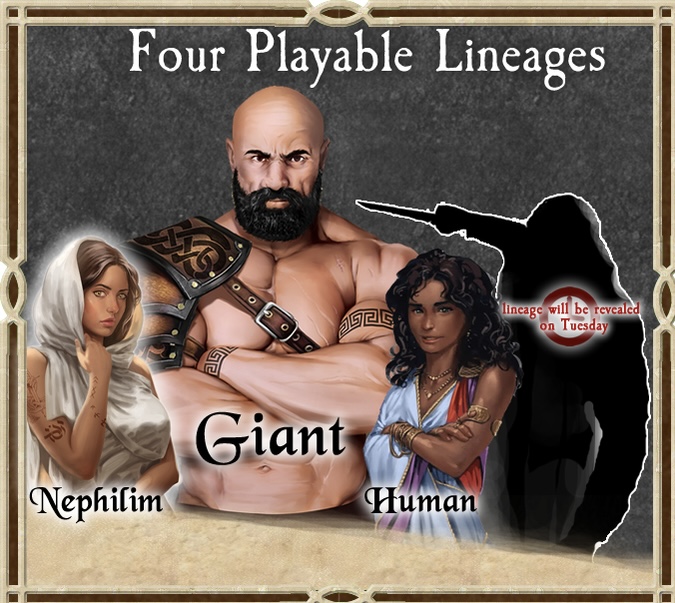 TrippyHippy said:
Also, weren’t the Nephilim the same thing as the Giants in the Bible?
Click to expand...

Nephilim are complicated, but the best explanation I've found is the original intention was it was a grab-all term for mythic heroes of other cultures. Your Hercules or Gilgamesh and the like, of not quite human but not quite something else

Mind, that seems to have been the original idea and people have dragged that in every way or direction in the centuries since

Galandris said:
On the other hand, the campaign seems to be about finding the missing Wise Men. Most of the action (but I haven't seen it obviously) should be before Jesus becomes active. It might end with a "happy ending" when the 3WM can reach Betheem and find Jesus, but notable characters could be in the background.
Click to expand...

From the FAQ, the campaign is set between 26AD and 30AD, when Jesus was an adult but before he started off on his public preaching career (for want of a better word). But it does seem to be about investigating the disappearance of the Three Wise Men - but that timescale would place their visit to Jesus 25 years back. So I'm not sure what's happening there. Maybe the 3WM returned home and disappeared later? Seems more likely than nobody noticing they were gone for quarter of a century.

Also from the FAQ, the campaign climax seems to be
fighting an ancient demon on the top of the Hanging Gardens of Babylon
, which is as classically D&D as you could hope for.

J-H said:
The approach to magic of "some magic is good and some is bad" is out of tune with the Bible.
Click to expand...

This is a bard, or no deal. 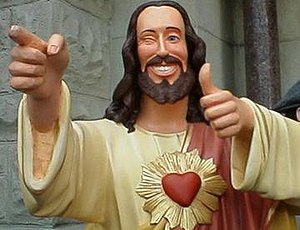 When I saw the headline, and before reading the article, the first thought I had was "what is NuTSR up to now?" lol

People will soon be able to battle Jesus Christ then loot his body for Roman coins and sanctified magic blood.

Kidding aside, this project could go either way from being harmless fun to bad enough to trigger violent extremists. May the grace of God be with the developers.

I'm reminded of the Stone Age game I ran where the PCs were all members of tribes with their own local gods, and they were called together to figure out why it'd been raining in the desert several days in a row. Cue one grand adventure culminating in battling God's prophet on the deck of an ark, trying to stop the Almighty from flooding the world.

reelo said:
I kind of wonder if it'll have all the infanticide, incest, slavery, rape, and genocide that the source material has ...

DeviousQuail said:
The summary painted a different picture than the product's title first elicited. I was half expecting the new lineages to be Tomato-kin, Cucumber Folk, Gourdians, and Brussel Sprouters.
Click to expand...

I would play this unironically…

…while all the songs flood my brain and slowly drive me mad.

I'm intrigued enough to consider spending $30 for a different take on D&D.

I'm curious to see how the game looks when approached from a different angle.

This was the topic for a Knights of the Dinner Table episode over 20 years ago. The punchline was the DM was given Bible the RPG, started to like what he saw about history and the times, then freaked when he saw they'd given stats to God.

If I am not mistaken the Nephilim ARE giants. They were the by product of angels and man (humans in the bible). So, the fact that Nephilim are separate, I am a bit confused.
Also, my guess for the 4th lineage is probably angels or devils.

The White Sorcerer said:
I can't wait for the forum arguments about whether this is redundant or not.
Click to expand...

TrippyHippy said:
Also, weren’t the Nephilim the same thing as the Giants in the Bible?
Click to expand...

Also, huh. This seems like a surprisingly interesting project.

overgeeked said:
Why is this noteworthy among all the thousands of 5E Kickstarters?
Click to expand...

It's a bestselling book. When any book in the top 10 bestseller list gets a D&D setting it's also gotten a thread here. Why do you think it's not noteworthy that a top best seller gets a setting book for D&D?

So is anybody going to do a "let's read" of the source material?

I’m hoping for a simplified alignment system. Are you New Testament or Old Testament?

Storyteller Hero said:
People will soon be able to battle Jesus Christ then loot his body for Roman coins and sanctified magic blood.

Kidding aside, this project could go either way from being harmless fun to bad enough to trigger violent extremists. May the grace of God be with the developers.

You joke but you know people are gonna ask for his stat bloc.

Testament was firmly Old Testament so worked as just being bronze/Iron Age Middle East.
This being premised on 3 missing magi and no messiah is just asking for controversy.

D&D 5E The Call is Out: D&D SciFi Should Be The Next Campaign Setting / Expansion
2 3