Announced in July 2020, playtested in February 2021, and now launching in March 2022, Fandom's new Tales of Xadia: The Dragon Prince tabletop roleplaying game uses Fandom's in-house Cortex Prime system, designed by Cam Banks. It will be accompanied by a digital toolset, also created by Fandom, which owns D&D Beyond.

The RPG, is a 'bridge' between the 3rd and 4th seasons of the Netflix show, allowing payers to explore the ruins of Lux Aurea, and restore the corrupted Sunforge. Created by Aaron Ehasz (head writer of Avatar: The Last Airbender) and Justin Richmond, The Dragon Prince is set in a world where elves and humans have been in conflict for generations, with the dragons taking the side of the elves. That conflict came to a head when the human king of Katolis and his advisor killed the Dragon King and stole the egg containing the dragon's heir. After assassins targeted the king, his sons Ezran and Callum set off on a journey with the elf Rayla to bring peace to all of Xadia. 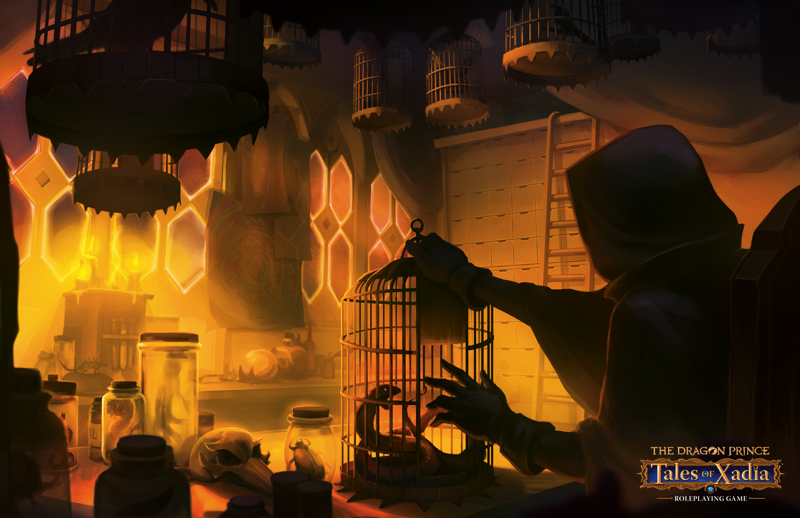 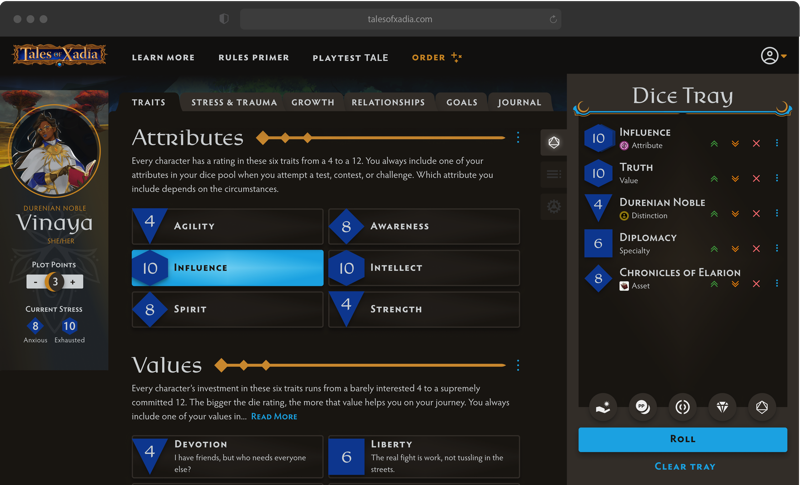 Step into the Emmy Award-winning world ofThe Dragon Prince with Fandom’s official tabletop roleplaying game Tales of Xadia: The Dragon Prince Roleplaying Game available to gaming fans everywhere on March 29 at TalesOfXadia.com. The lands of Xadia are overflowing with adventure and promise! What role will you play? An elf innately connected to the primal magic of the world, or a hearty human who creates their own destiny? What legends and wonders will you witness, what triumphs will you achieve? Explore the vast possibilities, undertake epic challenges, and discover new, never-before-seen lore from The Dragon Prince.

Already an ENNIE-winning game for its 2021 public playtest, Tales of Xadia: The Dragon Prince Roleplaying Game is built with Cortex Prime, a world-building tabletop RPG system from the creators of Fandom’s D&D Beyond and award-winning designer Cam Banks(Marvel Heroic Roleplaying, Smallville Roleplaying Game) where you and your players choose the genre, build the game, and forge the story from a set of modular rule mechanics.

Created by Aaron Ehasz (head writer & Co-Executive Producer of Avatar: The Last Airbender and former League of Legends creative director) and Justin Richmond (game director of Uncharted 3), The Dragon Prince is one of the fastest-growing franchises in family entertainment. Tales of Xadia will feature official storyline content that bridges the gap between Season 3 and the upcoming Season 4 of The Dragon Prince. Players can explore the ruins of Lux Aurea, try to restore the corrupted Sunforge, and fight to stop the spread of the monstrous influence it radiates. This off-screen story will come alive in the game prior to Season 4’s release.

In The Dragon Prince, an extraordinary discovery inspires two human princes and an elven assassin to team up on an epic quest to bring peace to their warring lands. In Tales of Xadia: The Dragon Prince Roleplaying Game, players will take on the role of characters they create to tell stories of Discovery, Intrigue, and Adventure to bring their own unique stories to life with friends. Cortex Prime's game mechanics are a perfect match for the vibrant storytelling of the Netflix show, aided by Narrative Lead Dan Telfer (longtime Dungeon Master of the Nerd Poker Dungeons & Dragons podcast, former Senior Editor of MAD Magazine) offering guidance, lore, and entirely new Xadian stories throughout the book’s 300 pages.

“Tales of Xadia will give fans a way to participate in a new chapter of The Dragon Prince story,” said Cam Banks, Creative Director of Cortex and Game Designer for Tales of Xadia. “The launch of this new game simultaneously with a bespoke digital toolset - tools made by the same company designing the game itself - is the first time tabletop gamers have been digitally equipped for a game launch, bringing the world of Xadia to life for fans at all touchpoints.”

"We can't wait for The Dragon Prince fans to dive into this game and share new adventures in Xadia with their friends" said Aaron Ehasz and Justin Richmond, co-creators of The Dragon Prince. "Tales of Xadia is a rich experience with new lore and lots of opportunities to engage with the characters, places and magic that make up The Dragon Prince world."

Based on the award-winning Cortex rules system, Tales of Xadia offers 300 pages of visually stunning artwork, expansive lore, and easy-to-learn but fun-to-master game mechanics that allow players to explore Xadia as elves connected to the primal sources of magic or as a member of the Human Kingdoms. Players can customize their traits and special abilities, define values that motivate their characters, accomplish feats of might, mind, or magic, achieve goals, roll dice, and track everything—all with digital support.

The word “play” isn’t just for the player characters: Narrators in Tales of Xadia take on the special role of inviting their friends into the world of The Dragon Prince and into the story of their game, and they’ll have the opportunity to bring life to humans, elves, creatures, and over forty new types of dragon as they do. The book includes a fun and expansive guide to help Narrators, both new or experienced, and young or old, easily bring their own Tales of Xadia to the table for friends and family. 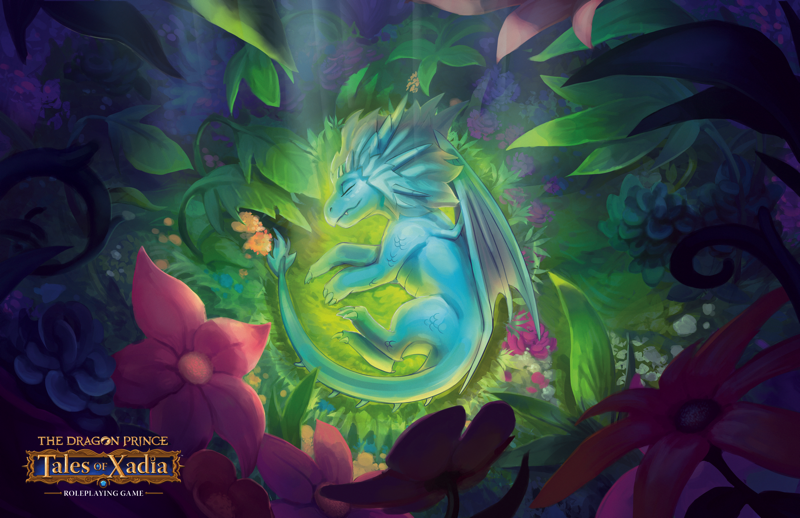 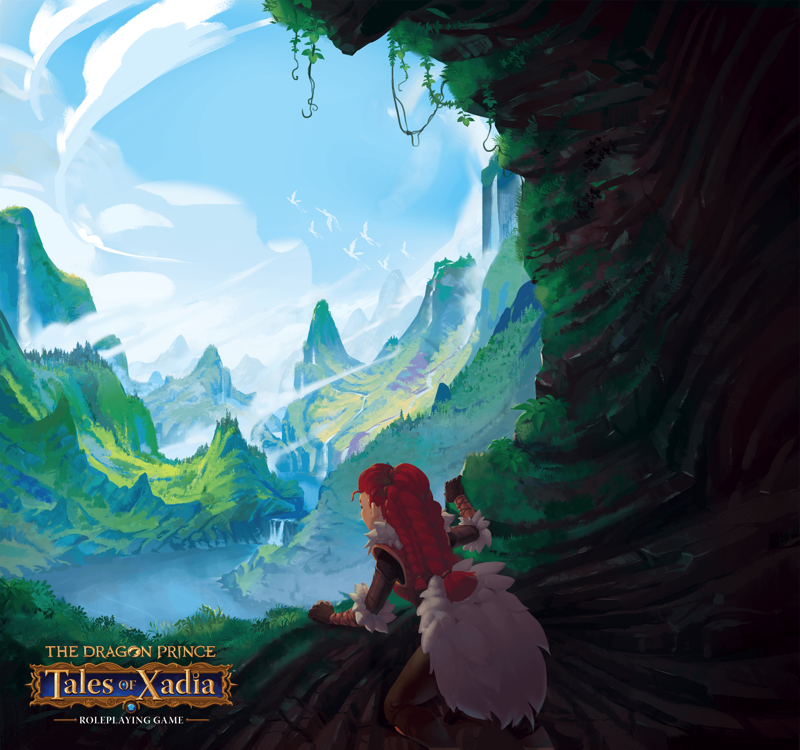 The Dragon Prince is celebrating its "full saga" pickup with a new tabletop RPG. Last night, Wonderstorm and Fandom announced Tales of Xadia, a new tabletop RPG that uses the Cortex RPG system (the system had its Kickstarter) The new RPG will not only give players a chance to explore the rich...

YEAH I LOVE THIS SHOW

I've played 7 or 8 sessions of Marvel Heroic Roleplaying and Cortex is definitely an interesting system.

Staff member
I preordered, and I'm definitely looking forward to getting my grubby meat-hooks on it.

Cortex Prime as a ruleset has a lot of good stuff going for it (and a quirk or two that takes a bit of getting used to). I kickstartered it a while back and our gaming group has just started running some adventures in it (a homebrew campaign called Broken Lands). I'm excited to see the first "official" game being released into the wild!

Tales of Xadia: The Dragon Prince RPG Has Launched