D&D 5E The Gods in your Pantheon, Where Do They Live?

In the one place that hasn’t been corrupted by capitalism. Space!

Crimson Longinus said:
I don't necessarily see gods as people that live in some physical space. That's how mortals may conceptualise them and that's even how they might manifest to the mortals if they wanted to make themselves more comprehensible, but that's not really what they are. They are cosmic forces that simply are part of the fabric of the reality.
Click to expand...

Except for Tiamat of course, she is primordial and eternal.

Mine live on the Wheel, but only in the transition realms between the alignments, so Pandemonium, Ysgard, the Beastlands, etc. The main alignment ones (Mt. Celestia, the 9 Hells, the Abyss, etc.) are to set in their ways for even a god to make changes in. Although gods like to brag about living with their petitioners, in fact, most of their minions are low level outsiders who are automatically transformed into whatever minions the god needs (of the same challenge level) when the outsider crosses into the gods' territory (unless another god has already changed the outsider), and they actively recruit mid to high level outsiders to be their servants (often involves a power up). The Outlands are different in that there are built in transition realms (the board towns).

The gods live in the same world as mortals but mortals only percieve the physicial surface of reality (3-d space) spirits/gods exist beyond the physical dimension and are encountered through psychic or spiritual perceptions.

you might see a forest, but there beyond your natural sight is the psychic manifestation of nature spirits and the spiritual reality of the forest god

Charlaquin said:
In the one place that hasn’t been corrupted by capitalism. Space!
Click to expand...

Space? That's where my merchant prince character came from!

Werehamster said:
So I wanted to have my Pantheon live in places that the party could actually get to at various points in their journeys
Click to expand...

Sure why not? I usually "don't worry until it happens" and typically leave deities largely mysterious and far from mortal standards. The example I often make at the table is that perhaps the goddess of war IS war, so she lives wherever a war is, and you can't just kill her unless you remove the idea of war from the universe. In addition deities may not be so separate from each other, where does a goddess of magic (Mystra) end and a god of spells (Azuth) begin?

But folks within the fantasy world need to humanize (or elfalize, dwarfalize...) deities and they are free to define separate religions for Mystra and Azuth. It's their problem if it doesn't match with a reality they can't understand.

Then when the adventure requires it, they can travel to Mystra place and meet her or even kill her, if it makes for a good story. They will probably never know what really happened though.

There are 2 remaining deities in conflict with outer evil forces. I placed them in an inaccessible existence, their presence on the world was like a magnet attracting the cosmic entities so they “left”.

They have agent intermediaries which exist on the world that respond to believers’ petitions or prayers.

There are also minor cosmic entities who have broken through and exist on the world to corrupt it in each unique way. They also found ways to influence through mortals.

There are also mortals who have attained immense power such that they can share it with lesser mortals, many of these pretend to be gods. These ascended mortals sometimes conflict with each other, with the outer entities, and with the divine intermediaries.

My deities live in an undefined god realm where mere mortals could never survive, as the gods are very VERY alien.

On the other hand, there is a banished goddess who is the protector of sailors, who has her home in a pocket dimension at sea, on the material plane. It is called the Cathedral of Lights; a silent part of the ocean, full of shipwrecks underneath an eternal nightly star covered sky. Some souls of dead sailors still linger here, under the protection of The Lady of the Waves, who appears in the reflection of the water as a bright golden light.

Charlaquin said:
In the one place that hasn’t been corrupted by capitalism. Space!
Click to expand... 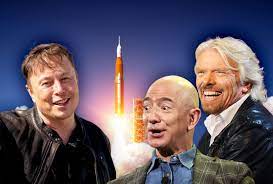 aco175 said:
I typically play FR and have not thought about it. I like what @Crimson Longinus and @Bitbrain said about them being far away, but can communicate and send angels and such. My games have not had gods directly interfere since 2e and no PCs tried to go visit one since then as well.

I guess if a PC wanted to try and do something like this, I could come up with a plan where they live or likely a neutral place where an angel or deva would come.
Click to expand...

This is what I'm working on right now. I'm devising ways to get the party to NEED to go visit a god. There will be something they have to accomplish to prevent a calamity beyond the help of mortals. My friends and I played for years and never explored these aspects of the game...even including dragons to any degree. So I'm working on incorporating the grand and majestic aspects of D&D that they had never experienced.

Staff member
While there have been exceptions, in my D&D games the gods usually don't "live" in a "place". These are not beings with a corporeal presence that you can visit if you go to the correct address. Mortals have descriptions of the homes of the gods, and of the gods themselves, but those are fictions and metaphors that might serve to help limited mortal cognitive facilities understand the beings and their relationships. They are not literal facts.

Werehamster said:
This is what I'm working on right now. I'm devising ways to get the party to NEED to go visit a god. There will be something they have to accomplish to prevent a calamity beyond the help of mortals. My friends and I played for years and never explored these aspects of the game...even including dragons to any degree. So I'm working on incorporating the grand and majestic aspects of D&D that they had never experienced.
Click to expand...

My campaigns tend to end around 12th level. I would think that the gods are not needed below that but if the group wanted to play high level they would likely meet an aspect of some sort but not the actual god, more like a manifestation.

I actually had a game with an aspect of Auril in it that the PCs defeated. It was more a CR15 monster than having any god-like power though.

They are essentially artificially created demi-planes attached to the material world.

aco175 said:
My campaigns tend to end around 12th level. I would think that the gods are not needed below that but if the group wanted to play high level they would likely meet an aspect of some sort but not the actual god, more like a manifestation.

I actually had a game with an aspect of Auril in it that the PCs defeated. It was more a CR15 monster than having any god-like power though.

Yes, even at level 15+ the party would be no match for the gods I have. But I want them to feel the grandeur of where the gods live, and lift the veil of what true power feels like. I would use the gods more as an entity to connect with for a global catastrophic event as opposed to a direct conflict.

They once all lived on the Prime, but were banished from it by my "Uber-God" figure (who, in my entire mythos, has done a total of 5 things) when they began to cause too much chaos.

The VAST majority of them now reside in my Hell and Heavens planes. Instead of having a huge number of planes for the Hells/Abyss/etc... I have one - and it is infinite in size, with the 9 Hells being 9 regions at the 'core'. The Heavens are finite in size, there are 7 regions to them, and that results in a limit to the number of souls that can be there. These two replace the majority of the Great Wheel Cosmology's proliferation of planes.

I also have Gods living within the Astral Sea (Sardior, the Lady of Pain in my version of Sigil), the Elemental Plane (again, I only have 1 elemental plane - the Elder Elemental Gods reside there)), the Shadowfell, and the Feywild. Beyond those, the Positive Energy Plane and Negative Energy Planes are worshipped as Gods (and have a degree of sentience), and on the Prime we have the Raven Queen, 9 Demi-Gods that are essentially voluntary Avatars of some of my greater gods, and 6 Powers from my version of the Cthulhu Mythos.

Supporter
It seems that most people use "grand, cosmic force gods" as opposed to lots of "little" gods.

In my default setting, the gods are all outsiders who came from outside the multiverse when it was created and live on pretty much every plane of existence. I leave the pantheon undefined and use whatever gods the players decide their characters worship or in which they believe. If there's lore attached to the god regarding where they live, I generally use that or work with the player's concept of the god.

SkidAce said:
It seems that most people use "grand, cosmic force gods" as opposed to lots of "little" gods.
Click to expand...


A couple of my campaigns have run with something more like "small gods". The non-corporeal nature I usually use held then, too, though. This isn't about their size, so much as the nature of the spiritual, sacred, or divine.