The next edition of Dungeons & Dragons is finally on the horizon, but it's not here just yet. So when do publishers makes the shift? 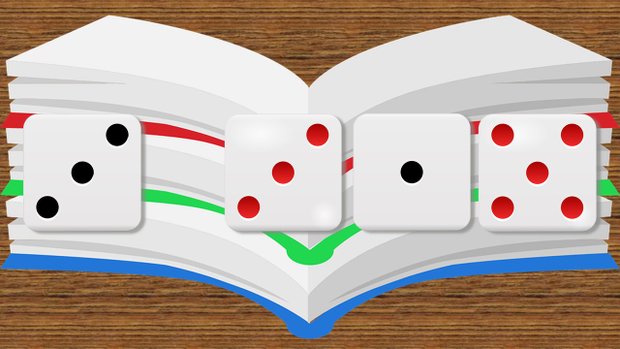 D&D has been through several editions in recent memory, but few match the recent transition between two compatible editions. Although backwards compatibility is often promised, it's rarely delivered. And there's also the consideration of the thousands of small press publishers created through the Open Game License movement, which didn't exist before Third Edition. Of all the edition shifts, the 3.0 to 3.5 transition seems closest to what D&D is going through right now, so it's a good place to start this thought experiment.

Fifth Edition's transition to Sixth involves tweaks to the game. Those tweaks seemed largely cosmetic, at first. With the release of Mordenkainen's Monsters of the Multiverse, it's clear that the spellcasting section of monsters is going to be significantly changed. In short, while players may find their characters compatible with the latest edition of D&D, DMs may find their monsters aren't. And that's a problem for publishers. But mechanically, all of these issues can be addressed. What really matters is what customers think. And that's often shaped by branding.

The transition between Third Edition and 3.5 was more significant than many publishers were expecting. You can see a list on RPG Stack Exchange, which shows just how much the new edition changed the game.

This did not go unnoticed by consumers. The OGL movement was still developing but it caught many publishers by surprise, including the company I wrote for at the time, Monkeygod Publishing (they're no longer in business). When we released my hardcover book Frost & Fur, the only identifier was the D20 System logo. Little did we know that it was imperative to identify the book as 3.5-compatible (which it was), because stores wouldn't carry it and consumers wouldn't buy it if it wasn't.

There wasn't nearly as much communication from WIzards of the Coast back then as to how to prepare for the edition change, much less columns from the company explaining their strategy. More communication about the upcoming edition may mitigate its impact on third-party publishers.

Between the DM's Guild and DriveThruRPG, there is now an ecosystem that can more readily update itself without taking up shelf space or clogging up inventory. Digital products can be changed, covers can be rebranded, and newsletters can announce the update. Wizards of the Coast has also given considerable lead time on the coming changes by announcing the edition well in advance and updating books piecemeal so developers can see what changed. But there's still one important piece of the puzzle.


What Do Consumers Think?​

One of the ongoing concerns for supporting publishers of Third Edition was how the Open Game License would be updated and, at least as important, how to identify that compatibility.

Updating the OGL enables publishers to ensure their products are compatible. The OGL doesn't specify stat block structure, so it may not even be necessary to update the license much if at all.

Identifying compatibility will be even more critical. At some point, publishers will start identifying their products as Sixth Edition compatible. And that will happen when consumers shift their spending habits.

But first, WOTC has to declare that Sixth Edition has officially arrived. Wizards was hesitant to put a number on Fifth Edition, preferring instead to indicate it was simply D&D to potentially head off edition controversy. Failure to do that in a timely fashion (or worse, failure to recognize a new edition at all and continue calling it Fifth Edition) will cause potential confusion in the marketplace, with both consumers and publishers.

At some point the tide will turn and consumers will expect compatibility with the new edition. That change is complicated by the fact that Sixth Edition should be largely compatible with Fifth Edition. But only consumers can decide that for sure; if they don't feel it is, there will be a sharp drop off in Fifth Edition buying habits. For smaller publishers, they'll stay close to the market to determine when that shift is happening and how to transition smoothly without harming their business model.

Getting it right can be lucrative. Getting it wrong can sink a company. The market convulsed massively when 3.5 came out, wiping out publishers and game store stock that were unprepared for the change. Here's hoping with enough foresight and planning, we don't have a repeat of the 3.0 transition.
Last edited: Feb 14, 2022
Click to expand...

Mike "Talien" Tresca is a freelance game columnist, author, communicator, and a participant in the Amazon Services LLC Associates Program, an affiliate advertising program designed to provide a means for sites to earn advertising fees by advertising and linking to http://amazon.com. If you like what we do here at EN World (the Forums, Columns, News, etc.) and would like to help support us to bring you MORE please consider supporting our Patreon. Even a single dollar helps!
C


I think that would be cool. I think they wanted to do this. I think when attempting it they found doing those things were a bit mutually exclusive. Either you have a game built around tactical combat where abilities all reference the grid and interact with the tactical aspects or you have a game that you can play TOTM, where grid based tactical considerations can't really come up and so abilities don't reference them.

IMO It's partially why so little of the game actually ended up modular as they stated was their initial intent.

I don't hate 5e, so if they had taken some of the lessons the 4e developers had learned about how to frame and present a set of game rules, I would probably quite like it. I would still find 5e combat fairly dull though.

I agree about the problem of modularity, and the challenge of having meaningful options for both tactical and ToM combat. As you say, if a tactical element is just bolted on without anything else making reference to it, it would probably be quite unsatisfactory. But I guess that's a design challenge I would love the 6e designers to address.

FrogReaver said:
I don’t recall healing surges being used for more than healing. Maybe you can elaborate here?
Click to expand...

There were some places where it was used as a sort of fatigue mechanic. You could, for example, have something like "Navigating the forest to get to the palace is a skill challenge (insert stats here). On a success, you avoid the hazards of the woods and arrive around noon. On a failure, you don't arrive until an hour before nightfall and the journey saps your strength, costing each PC two healing surges."

You also had some rituals using healing surges as a cost. E.g. guards and wards cost 5 surges to cast, and one surge per day to maintain.

Worlds of Design: The Destination, Not the Journey?
2