The Life Of An Independent Publisher

Elias Scorsone is a long-time gamer who decided to take his art and writing and strike out on his own, creating and publishing adventures and RPG materials through his imprint, FireInTheDust Productions. This short interview takes a look at why a gamer might take such steps, and about his initial ventures in publishing. 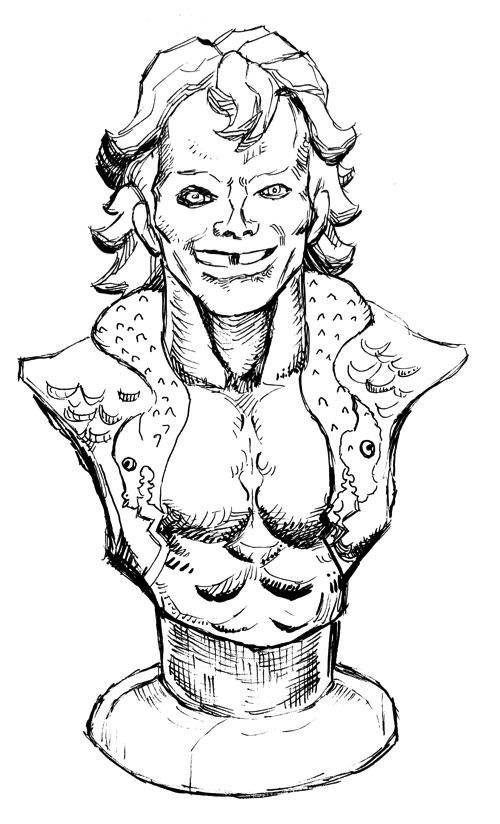 ​
Why did you choose to be an independent creator?

A number of reasons, first of all that I didn’t want to wait before having published work under my belt. I’m happy to work for other companies, but starting as a freelance writer means competing with established authors who already have the connections to get their material read. Thanks to piracy, the economy, companies don’t always have the luxury to take a chance on some unknown.

Another reason is that “we live in the future”, so to speak: I can use my home office instead of needing a full publishing department like in a big company. I trained in college to use the newest layout and design software, but when I got out into the publishing world, I discovered I had better equipment in my home than some (otherwise-amazing) established publishers! I thought that was nuts, as I would go to work and design book catalogues on versions of software years behind what I would go home to.

I like to think I have good instincts about what works for my games. I know I’m growing all the time, but the adventures I put in print start as games I’ve run for my groups of players. I expand upon them with descriptions, with artwork, and more content just in case you need it, but it’s still well-played and well-run stuff.

So, tell us about your games.

Anything I make, I want to be something people will find useful and entertaining, and I try to draw on my experiences as a player and GM for that. I want them to be art objects in their own right, so they look good. I want them to run well for any group. And I want them to be useful, beyond just the rooms of the dungeon.

For example, in my first book “Wrath of the Frost Queen” for the DCC RPG, I created new monsters, new spells, a new patron, but also a new take on a Madness mechanic (if needed) with unusual results. It was more than the canned “look it up in the core book” adventures, and I tried to keep it in character with the DCC RPG itself: strange results you may never get a chance to see again, and keep it fresh. I liked hiding a puzzle in the adventure, one that isn’t needed to finish the adventure yet ads a great prize for the player heroes that find it.

My newest book, Dungeon of the Dragon Master, uses the Pathfinder RPG, but I still wanted to give my readers something useful and new. The adventure itself has a puzzle dungeon that can be used by new and veteran players alike. The challenges are fair, some large ones balancing each other out, with player choices making the difference. On top of that, the adventure has optional 0-level rules that can be slotted in instead of backgrounds for Pathfinder. Plus new monsters, and another hidden treasure that’s not needed to finish the adventure but adds to the accomplishment and the adventure.

Any Thoughts On Adventure Design?

I try to create locations rather than railroads, because in my experience GMs never know how the players will come at a problem, but you just need to know what happens when they get there. If I assume they will go through a doorway, they’ll go through a window. The book I’m working on now, Rogues of Highwall, has an adventure goal for the heroes, but leaves the method they use to accomplish the goal up the the heroes. A group may be more inclined towards stealth, or kicking down doors, or even talking their way through problems.

As a designer, I want GMs to have what they need to be prepared, but if I set them up to expect the players to go through the door when they actually decide to go through the window? Running a game needs preparation and improvisation, and I’ve seen Game Masters who think they’ve lost control really fall apart because they relied on a prepared railroad. If I focus on the location rather than forcing events, in my writing, it means people playing the adventures can let players do their thing.

Who does your art?

Me! I have been doodling for years, and had books on art, and something about having to make art I’d feel right selling or buying myself got it to come together. Every illustration is another chance to grow, and I’ve been averaging something like twenty+ per book of full-sized illustrations, plus maps. I want the books to have a really great vibe when read, whether or not my readers are using them right away.

What are you working on now?

Right now I’m putting out the rest of the HW-series of modules, the “Highwall series”, using the Pathfinder rules. While it’s written for a city I created, the actual scenes are meant to allow the GM to transplant them to suitable locations in their own campaigns: nothing requires features that only Highwall has, or else there are suggested alternatives that can be used in different settings. Moreover, I want each adventure to have something useful beyond the immediate night’s gaming: something you can reference over and over even when you’re done the adventure itself.

The first module is out now, Dungeon of the Dragon Master, and it had the “origins” rules for 0-level characters.

The next module, Rogues of Highwall, is a stand-alone scavenger hunt inside the city of Highwall, with a deadline that could save lives; plus, the book has a gazetteer of the city itself, so it can be used for adventures beyond this one, as well as handy rules for things like evading guards or moving around a city.

The third adventure is a zombie scenario I’d designed for my players with Halloween in mind. They love the zombie genre, and I wanted to give them the chance to play that out. The book has adventure locations that have a way to solve the crisis: you can run it in your home setting without destroying your home city and NPCs. However, it also doesn’t need the players to go from A to B to C, and your party can take as long as they want until the group is ready to deal with the crisis itself. The reason for that, and my favorite part of the book itself, is that it’s a toolkit for running zombie survival games in general: not just for things like monster stats, but useful tools for any rule set. It had to be, to give GMs the freedom to react to whatever their players do. I don’t want to give too much away, but my players had a lot of fun and still talk about the adventure several years later.
Click to expand...

I like this guy! I'm actually doing the same with my ARMR Studios line, though I've only been doing this for a year.
My wife does all the drawing for me, thankfully... 'Cause I can't draw at all!

I don't know about handsome but he certainly tells a good story.

GlassEye said:
I don't know about handsome but he certainly tells a good story.
Click to expand...


Fair enough, and I'll take what I can get!

M
Getting back into the hobby. Need help with digital solutions

Wednesday at 8:59 AM
pemerton
P