The Robots Are Revolting!

We've been revealing a lot of the Judge Dredd & The Worlds of 2000 AD core rulebook recently, but we'd be remiss if we didn't reveal a little about The Robot Wars, the 101-page adventures/sourcebook which accompanies the core rulebook.

The Kickstarter launches on Tuesday 25th September at 5pm GMT, where you'll be able to pick up the Judge Dredd & The Worlds of 2000 AD core rulebook, The Robot Wars, the official GM Screen, and more! 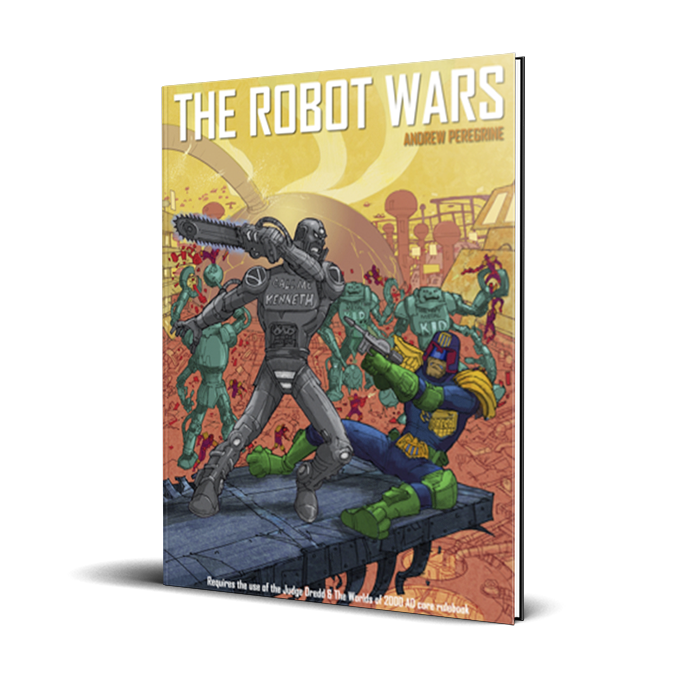 THE ROBOTS ARE REVOLTING!

All across Mega-City One, the Robots are turning against their human masters. Chaos reigns as the charismatic Robot leader, Call-Me-Kenneth, rallies the city's Robots to his side, and only the Judges stand in their way.

Play as Judges in The Robot Wars, or as Civilians and Perps in Saving Matt Damon Block, as war rages across the embattled city.

With expanded rules for Robot characters, in-depth discussion of Robots' role in society, and summaries of Dredd's earliest case files, this supplement is an essential addition to the Judge Dredd & The Worlds of 2000 AD roleplaying game.

Requires the use of the Judge Dredd & The Worlds of 2000 AD core rulebook. 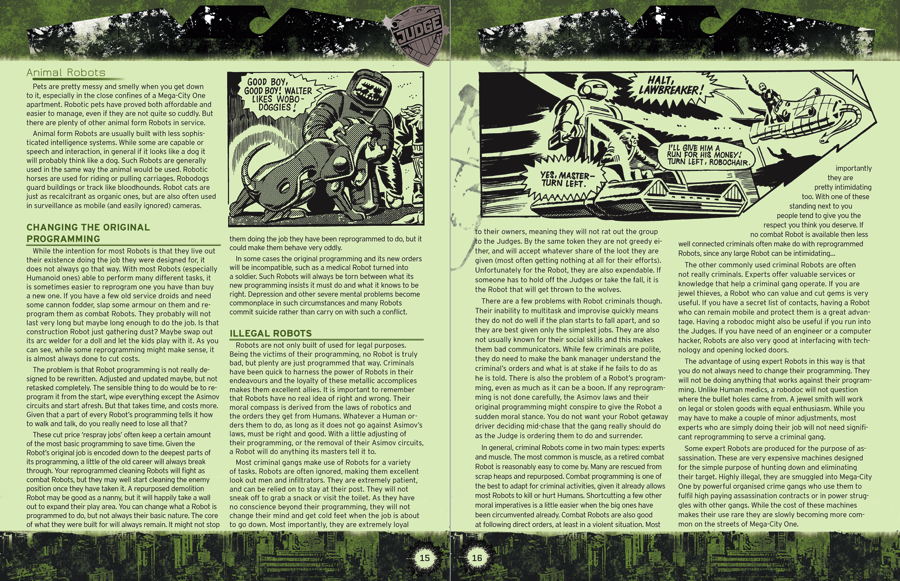 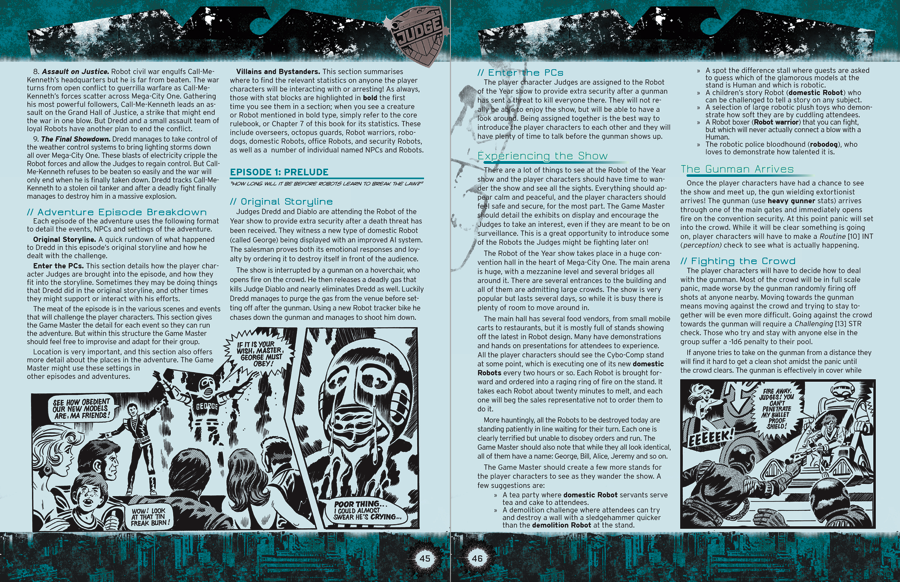 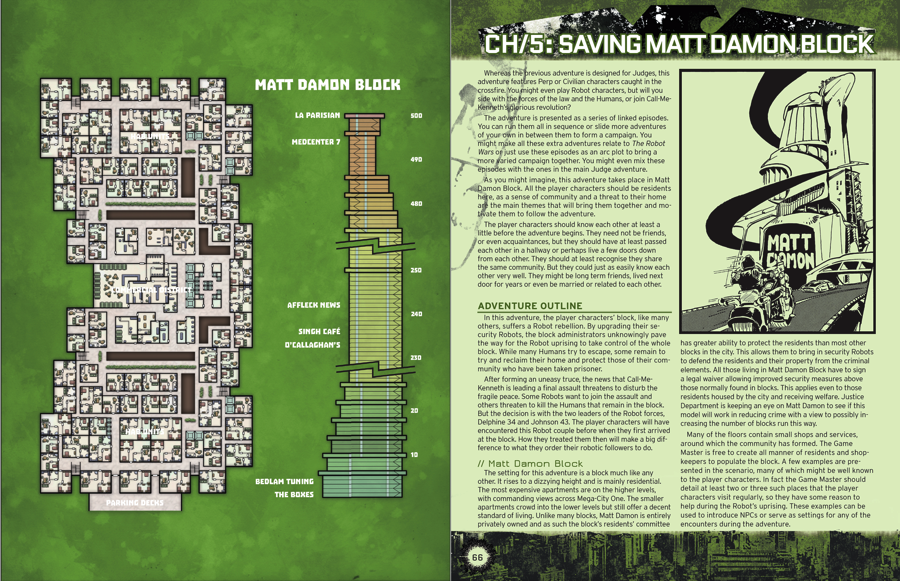 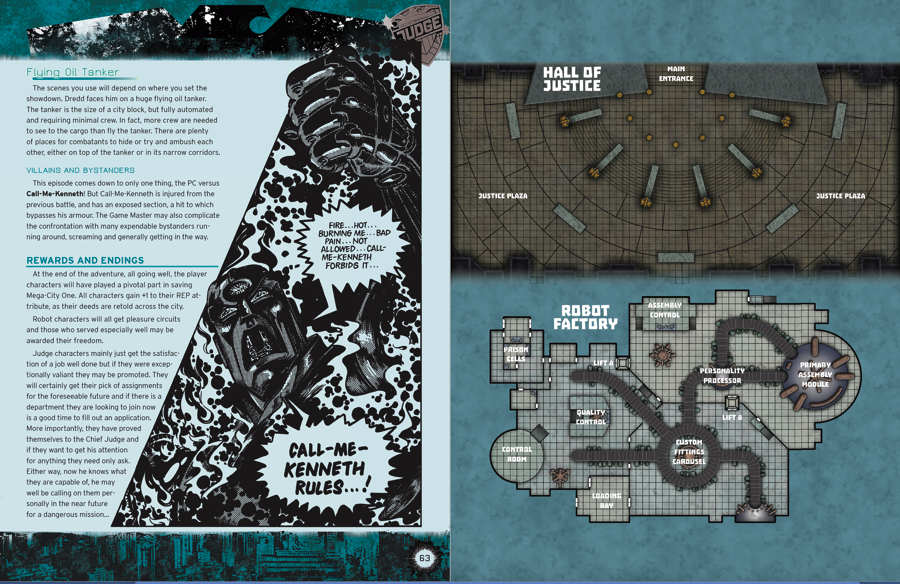 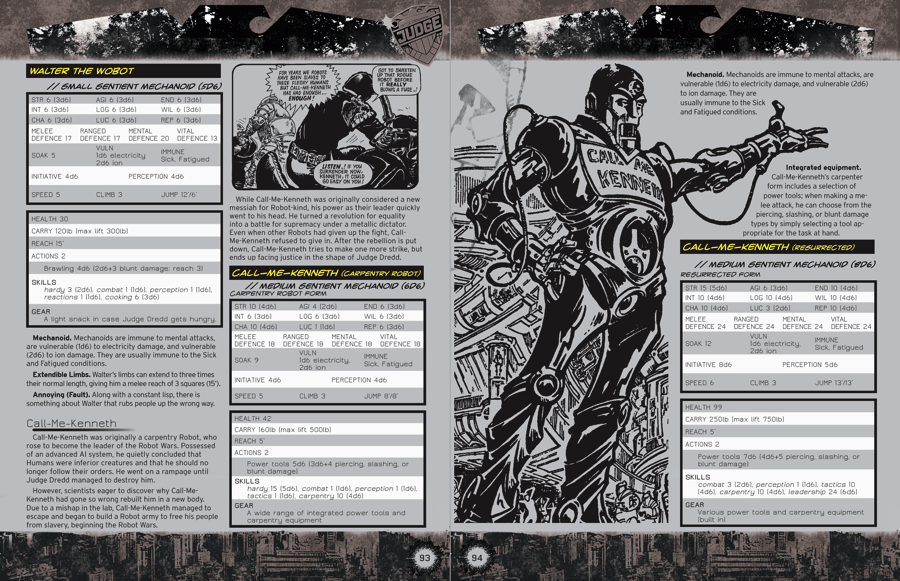 Exceptional! I 'm seriously considering running two parties, one of judges, one of robots, in alternating weekly slots, and have the players meet their other characters in the finale.

Where's September 25th when you need it?

So I'm glad to see the RPG has rightfully gone the satirical route with Judge Dread.

Is it revolting or rebelling? If the Robots are revolting that means they are plain disgusting. (It is one possible meaning of the word "revolting" anyway)

Thomas Bowman said:
Is it revolting or rebelling? If the Robots are revolting that means they are plain disgusting. (It is one possible meaning of the word "revolting" anyway)
Click to expand...

Well I guess it must be the other common meaning of the word then.