I'd like to use this in my Forgotten Realms campaign where should I set the artifacts locations at and what powers/abilities should I give each artifact.

These are the pieces of the Tripartite Artifact of All Evil, each part representing one of the evil alignments. When joined together they will release Tharizdun from his bondage. The Awakener is kept in a pyramid in the Suss forest and the Unbinder lies in the Suloise metropolis now known as the Forgotten City. As insurance against The Evil One's release, all parts can only be retrieved by mortals. No matter who holds them, they will be corrupted and lost to an evil power ('one artifact to rule them all, one artifact to find them...').


When the pieces are used to unlock the Prison of Tharizdun, part of each are turned into rings. These rings bind the good that fought against Tharizdun to imprison him. The remaining portions of the Theorparts contain his evil.

The Unbinder ring can summon a phoenix capable of eating the grubs from Tharizdun's axe. The three rings can melt adamantine and can also provide transport. They are most vulnerable in the Sea of Thought area of Greyhawk Castle.

The initial key, the one discovered by the Scarlet Brotherhood, is probably the Chaotic Evil one. It helps its possessor locate the second key. The Dukes of Hell requisition it from the Brotherhood at the beginning of Come Endless Darkness. Infestix acquires it and loans it to Demogorgon. It is equipped with a harmonic retrieval device. It can open a channel to the negative material plane and shoot anti-matter, as can also create a wall of positive energy. It can be used to lure demonic brutes with fear and humility. It can create large scale illusions (Gord uses it to appear as Graz'zt, Elazalag, and their horde). It can reverse spells' directions and can create an invisible rack of iron spikes. It can change into a ten foot long, mace-like pole arm, with a twelve inch spike on the bottom and several thin, axe-like, blades radiating from the head, with lower, leaf-like tines with solid spurs at their base. This weapon can disarm and snap weapons as well as inflict damage but it is slow and needs room to operate. As this weapon, it can crush armor with its weight and can kill with the tip or with its blades. It is a drain on mortal creatures, causing them to become zombies to it unless energy is drawn off of it by magical means (such as by Courflamme).


The Awakener - The Vitalizer - The Arouser

The second key, the one recovered by Obmi for Iuz, is "a distillation of evil", i.e. probably the Neutral Evil one. When it is located Tharizdun stirs and sends forth evil thoughts. It helps the possessor to locate the next key. It can release bat-like things in a spiral that cause silence. It can also generate a gameboard map of the Abyss and show recreations of events. It can produce a shielding web. It fires a withering stuff that can shred flesh from the bones. It can become a five foot long scimitar of evil red or turn into a whip with an energy cat-o-nine tails. It can fight on its own.

The Unbinder - The Cone of the Magi The Lawful Evil Theorpart is found in the Great Temple in the Forgotten City. It is very black, in fact, it seems to devour light and drains energy. It is vaguely cone shaped and has three horns. Once recovered, it is held by Graz'zt. He gives it to Vuron between Come Endless Darkness and Dance of Demons. It can alter time by a factor of 60 so that it can go slow in some places and fast in others. With an additional Theorpart, time can be altered over a larger area. It can be used to heal, and to promote demons. It can be changed into a shield.

The Awakener and Initiator combined can change to a bardiche and to a morning star that shoots energy darts. It can also change into a staff that shoots lances of force, and into a whip.
M

Nobody has any ideas/suggestions for me?

Wow, since 2015 no one has replied? I am saddened no one was interested in helping. Well by now you should have moved on and decided yourself on where to place Gord's Greyhawk in Forgotten Read world. Just for curiosity sake, I will add my two cents and if you reply, just compare my ideas.
First of all, each Theopart is an artifact upon artifact upon artifact. Each Theopart is Omnipotent. And each Theopart could be many magical item if seperate by the options produced, like a Rod of Lordly Might, a Dancing Sword, etc.. Even several artifacts can also be gleaned from just one Theopart, like the Rod of Seven Parts, or the Regalia of Might, the White Plume Mountain weapons, and so on. A campaign could be built just on one Theopart needing to be assembled of all the other artifacts, unless you stick with each Theopart turning into a ring when held by a character with corresponding alignment to weild the artifact? Even though only a "part" of the Theopart turns into, seperates, from each artifact, then what does the rest of the Theopart look like, a part of a triangle? I forgot. I always had the Theopart look like an Egyptian Ankh, or a pyramid, hmmm? I digress.
Ok back to placing Gord's Greyhawk into Faerun.

The Awakener: The Suss forest could be anywhere but the pyramid throws off a historical point, so the building could be any ancient structure. Sticking with pyramid theme, we are looking at the Jungles of Chult or Mulhorand - though pulverized by the Spell Plague.

The Unbinder: A forgotten city can be anywhere too, but of ancient neglected remains, Jungles of Chult, Mulhorand, Maztica, Myth Drannor, and of course The Stone lands of Netheril. And a Great Temple must be in the centre, to suppose a civilization worshipping or is controlled by said temple.

The Initiator: If you are sticking with the Gord story, then whomever is in possession of this Theopart, is where the geography location will be. The Suel Brotherhood in Greyhawk deal with demons so with relating to Faerun, the evil group must be in pact with fiends or outsiders and powerful enough to have safeguarded such an epic artifact, or a group to harbour mysteries shrouded by the unknown, like The Dark Druids of the Moonshaes? The Zhentarim from Zhentil Keep with Bane before the Time of Troubles. The Zhentarim with Cyric who destroys the city after the Time of Troubles. The Zhentilar faction from Dark Hold. Red Wizards of Thay. And many more possibilities.

Cheers, just some quick thoughts. I am curious what route you went down and how your campaign turned out because I have wanted to also run some sort of Gord vs Tharizdun adventure from non-gane material.

Is lukewarm on the Forgotten Realms

Gravenhurst48 said:
Wow, since 2015 no one has replied? I am saddened no one was interested in helping.
Click to expand...

The sad part is that the OP will probably never read this...

Aebir-Toril said:
The sad part is that the OP will probably never read this...
Click to expand...

I just realized the post is by a Visitor. Oh well, maybe it will create some insight for me in the future.

Is lukewarm on the Forgotten Realms

Gravenhurst48 said:
I just realized the post is by a Visitor. Oh well, maybe it will create some insight for me in the future.
Click to expand...

Gravenhurst48 said:
I just realized the post is by a Visitor. Oh well, maybe it will create some insight for me in the future.
Click to expand...

I read this and have everything Tharizdun from days of old......it is said that the 40 gems are also a key to free Tharizdun..Scattered amongst his many hidden tooms....

Manchurian said:
I read this and have everything Tharizdun from days of old......it is said that the 40 gems are also a key to free Tharizdun..Scattered amongst his many hidden tooms....
Click to expand...

40? For some reason I thought it was 333, where would I have gotten that idea?

/scurries off to research...
M

SkidAce said:
40? For some reason I thought it was 333, where would I have gotten that idea?

Manchurian said:
One of the older models adventures allowed the party to get a whole of about 40 give or take a few

I Did Post his Avatar ShothragotThey Thought Was Destroyed During The Twin Catalysm.....It Only Went Dormant It Sleeps....

From Temple of Elemental Evil

SkidAce said:
40? For some reason I thought it was 333, where would I have gotten that idea?

@SkidAce from the Temple of Elemental Evil; Zuggtmoy's throne.

@SkidAce from the Temple of Elemental Evil; Zuggtmoy's throne.
Click to expand...

think, in Tharizduns Hidden Temple in the Sheldarmar Vally, only 40 gems are needed? Shoot, now I know I'll have to go shuffle this module out.
M

Here Is A Tharizdun Avatar Unknown to Most That's Still Alive In The Realm.....For Your Viewing Pleasure

I Am Currently Looking For Tharizduns Only Known Allie....So I Can Post It Here..Yes The New Prints Missed This One....A Ancient Proto Dragon Back When Tharizdun Was Trieing To Ascend.He official is guarding a majority of those gems...He is breaking down the barrier on Another side of.Tharizduns prison.....Trieing to locate it....it's worth a mention
M 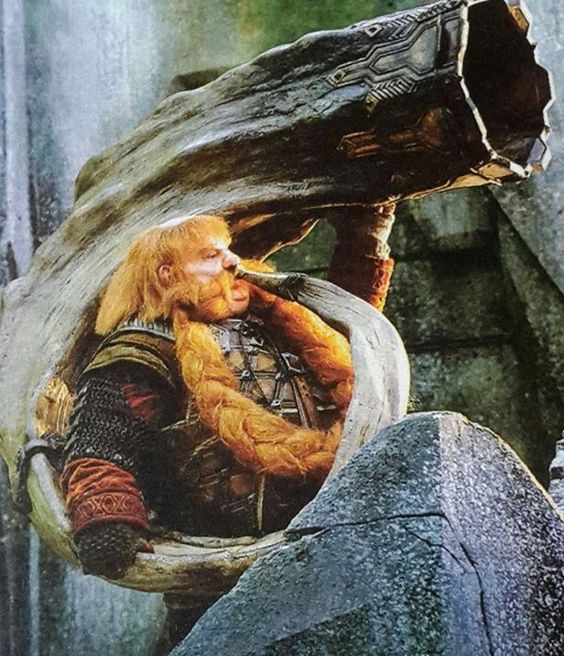 The Wailer of Tharizdun

A strange iron horn with a handle set on either side of its tube. It's horrible, deep tone seems to make the entire world shake around the blower. Can be used to activate magic seen in the Forgotten Temple of Tharizdun. It has no other discernible use.

"Great Tharizdun, Master of Darkness and Decay, hear me now! Give me a token so that I may rule unquestioned and my people may bow down to me and me alone!" — Shattados the Cruel, before the fall of Sulm The Scorpion Crown is an artifact sacred to Tharizdun. It was gifted to Shattados the Cruel...

Druniazth, the Claw of Tharizdun, is an artifact sword of the god Tharizdun. Druniazth is a plain bastard sword, with a long straight blade that is wider than contemporary swords. It is made from a purplish-black metal, a rare alloy known as ruinite, and misty patterns appear to swirl slowly...