Tried googling this but nothing really popped up, so here I am asking the community here. I love Thorin's company of merry dwarves and I wanted to run them through some D&D modules, but I'm trying to narrow down some characters class. Most of them are fighters, but there a couple I'm wondering about. This is what I have and would appreciate some comments/suggestions.


Kili - Ranger
Ori - ugh...not a Fighter, or Ranger...maybe he could be a bard?
Dori - not sure on this one
Bofur- bard? He's done most of the singing in the movies

The way Kili deflects goblin arrows with that ladder, perhaps a few levels in monk?

In the movies, Dwalin has a bit of a berserker quality to him, so maybe slot him in as a barbarian.

Fili, Kili, and Ori could be done as rogues? Maybe?

Thanks for the comments. Was hoping to see if one of those dwarves could be some sort of healer, but maybe a bard at best.

Bofur did have knowledge of healing and the use of the anfalas plant...

zasgard said:
Thanks for the comments. Was hoping to see if one of those dwarves could be some sort of healer, but maybe a bard at best.
Click to expand...

You could give one of them the Healer feat.

Didn't Balin write his history of Moria in a book? That's... kind of... bard-like, right? 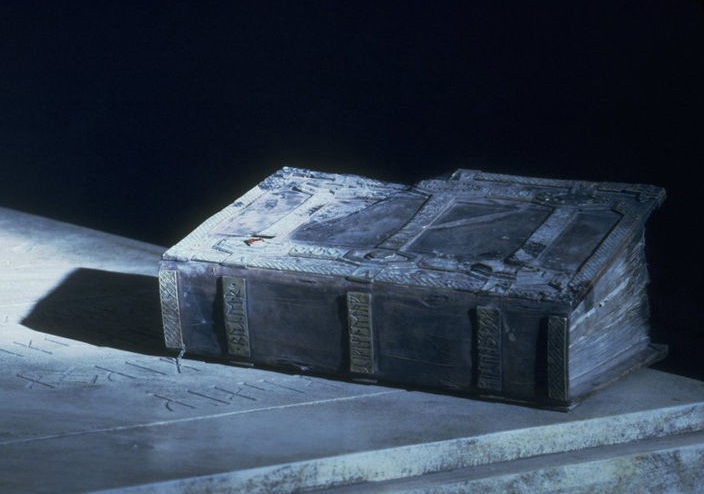 " The end comes soon. We hear drums, drums in the deep. They are coming." —Ori's last entry in the Book of Mazarbul The Book of Mazarbul was begun in TA 2989, upon Balin's return to Moria. The book recounted the expedition's experiences within Moria, including a battle with the Orcs that...

I'm actually re-reading The Hobbit right now. I think they'd mostly be commoners. They come to Bag End with tools and musical instruments, not weapons. Thorin, Orcrist in hand, is the only one of them explicitly depicted as fighting in the Misty Mountains, since the Battle of Five Armies pretty much happens off screen. They are described as working as blacksmiths or even coal miners.

But that's not very fun for a D&D game. I suppose you could think of it as a DCC RPG Funnel and them as a bunch of 0-level characters.

Balin is described as acting as the lookout, so you could make him a ranger. Oin and Gloin are considered especially adept at lighting a fire - if you wanted to go (way, way, way) out on a limb, you could say they were sorcerers.

After finishing the book, I've another going-out-on-a-limb suggestion.

Twice in the book, the dwarves are mentioned as casting spells. Once to protect the buried treasure from the trolls, and later at the hidden door they "speak fragments of broken spells of opening." The first time, Gandalf was present, so I assumed he was involved. But the second, it was just Fili, Kili, and Bilbo, and Bilbo certainly didn't know them. Though I don't think it was the intention of the text, if you wanted to make Fili and Kili spellcasters in the interest of adding class variety, you could.

The most important thing to remember is that most of them carried comically large musical instruments with them. I think that means they’re all bards.

Also, most of them didn’t bring weapons either, so that checks out.

Are you going for book version or movie version? In the book, they are much more the bumbling fools that have to be rescued over and over by the lowly hobbit. But the movie version makes them much more competent.

D&D General the Imbued my crack at making an iconic arcane half caster.