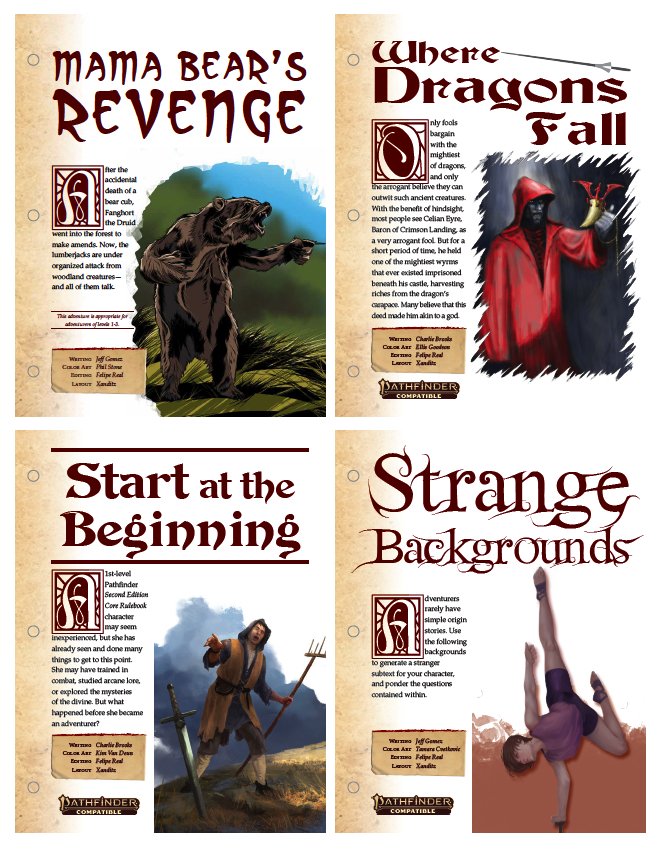 And coming very soon we penty more, including a new ancestry, the Grunk; a low-level adventure called Stranded on Faraway Island; rules for new skill uses; and a collection of new skill feats! Sign up now to make sure you get them all!
Click to expand...

If you were signed up previously, do you need to sign up again?

sasnak said:
If you were signed up previously, do you need to sign up again?
Click to expand...


No, unless you unsubscribed!

Fantastic, thanks! Time to go download some goodies then

How can one get the 1E PF supplements, if I have no interest in the new edition?

grayhoss said:
How can one get the 1E PF supplements, if I have no interest in the new edition?
Click to expand...

They’re still there. Become a patron and help yourself.