(Traveller Novel) Shadow of the Storm

You can grab your own copy right here: Shadow of the Storm - Mongoose | Traveller Fiction | DriveThruRPG.com 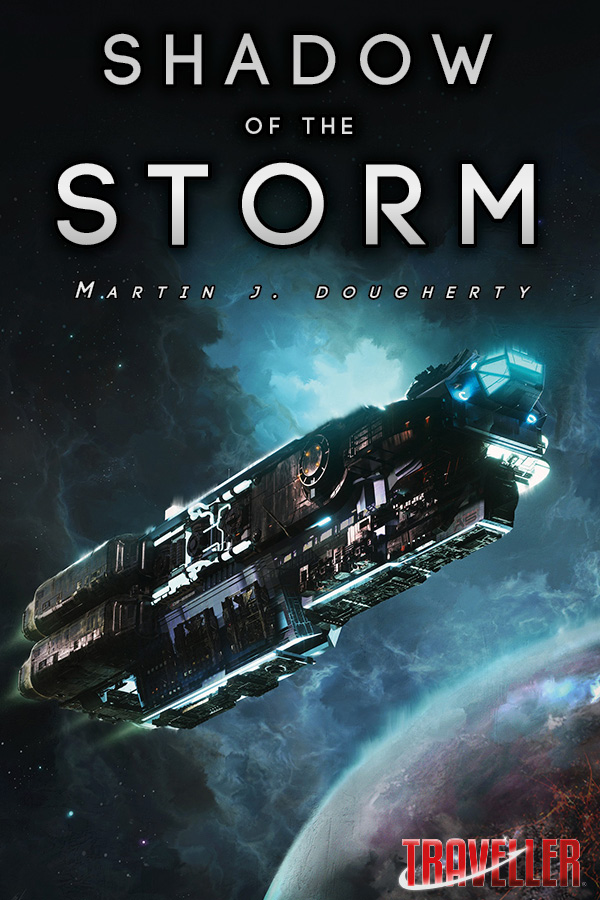 Lieutenant Simon Crowe is the temporary commanding officer of CSS Stormshadow, a new design of patrol frigate forming part of the Iron Gate strategy. A former engineering officer, his mission is simple: patrol the backwaters, show the flag and work Stormshadow up ready for service.

Lieutenant-Commander Alice Browning is Political Officer aboard CSS Stormshadow. Her role is to advise the captain on the wider implications of any situation and protect the interests of the Solomani Confederation.

Diverted from their intended mission, Browning and Crowe must put aside their troubled history and make the most of their mediocre, politically-suspect crew. CSS Stormshadow is drawn into a web of rebellion and betrayal, unravelling a plot to shatter the Iron Gate and drive a dagger into the heart of the Confederation.

Nice, I'm definitely in the market for some sci-fi and love Traveller. While this thread is up, do folks have a list of Traveller specific fiction?

Publisher
We now have 14 short stories and this novel: Explore Charted Space in a brand new way. Each of these short stories examines a new area of Traveller, taking you from the frontline of Aslan expansion to the royal court of King Oleb, from the laser-filled void between battling warships to the murky depths of interstellar corporate espionage...

And we must not forget Marc Miller's own novel: Agent of the Imperium