I just made a new one that I like:

I love them, but haven't tried blue cheeses on many sandwiches. I usually eat them straight or on crackers, or the occasional burger. So this was a true experiment.

Well, the smoky tang of the cheese married well with the other ingredients. I actually should have put more cheese on the sandwich than I did.

Bonus: a buddy of mine loves Monte Christo sandwiches; I question his sanity. But one of his favorite incarnations of it came from a restaurant that went out of business. Here's how I helped him emulate the taste.

A normal one has ham & cheese served between two pieces of powderedsugar-dusted French toast, accented with strawberry jam or preserves. He doesn't know how to make French Toast, and even if he did, he'd probably not bother anyway

I told him to substitute a pair of frosted strawberry pop-tarts for the bread and jam. He may have called me a genius.
Last edited: Oct 25, 2014

Staff member
My wife like crisps and jam sandwiches. The very idea of it makes me feel queasy!

Staff member
It's that salty/sweet combo. Nobody likes all of them, but if you find one you like? WOW!

I, for instance, will occasionally dip my French fries in vanilla shakes.

Pear and blue cheese on toast is delicious

I've had a salsa, bacon and grated chocolate sandwich, which I liked

Staff member
My wife and I tried a panini at home with ingredients that we didn't think would work well together:

Grilled and pressed, on sourdough boule.

In my pre vegetarian days I loved a deep fried version of the Monte Christo. The whole sandwich was deep fried, I guess with some extra breading of some sort. It was unusual.

I have a granddaughter whose favorite sandwich as a kid consisted of mayonnaise spread on two pieces of white bread. And nothing else. Just a mayonnaise sandwich.

My wife occasionally enjoys a peanut butter-pickle-tomato sandwich. I throw up in my mouth a little at the very thought.

Staff member
Yesterday was liverwurst & Swiss with brown mustard on sourdough. But instead of mayo, I used Greek garlic purée.

The only trick I missed was red onion. I didn't have any, and it would have been perfect.

We celebrated my dad's last birthday at a steak joint. I took home some leftovers. The next day I had a ribeye steak sandwich using two pieces of buttered texas toast, grilled onions and a slice of melted, smoked cheddar cheese. It was very good.
Last edited: Nov 19, 2014

Staff member
Yeah, ribeye makes for awesome sandwiches! There was a place in Austin that used to make steak sandwiches with fairly thick ribeyes that had been marinated in red wine overnight. What you described is pretty much how I'd have mine, but I added mushrooms.

That place was awesome, and someone realized it and bought them out. Unfortunately, new ownership was idiotic and changed the recipes...for the worse.

Dannyalcatraz said:
What you described is pretty much how I'd have mine, but I added mushrooms.

..I would have added them too. Unfortunately for me, someone else at the table snagged the mushrooms in their doggy bag. 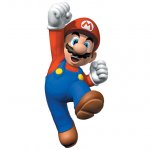 These are the last two I made

Staff member
What kind of slaw was it, sweet or savory?

Sweet - but not too sweet, more vinegar than most would use, that way it meshed well with the ginger chili dressing.

It's strange, and I don't like it, though my wife does: the fluffernutter. Peanut butter & marshmallow fluff.

Staff member
I've never had a fluffernutter, but I can see how that would work.

Staff member
Just a thought: when I was in college, I ate so many PB & grape jelly sandwiches, I found I could no longer eat grape jelly. Instead, I now usually eat my PB with honey. Maple syrup works well, too.

Which made me think- what about Agave nectar? If you've never had it, it is similar in appearance & texture to maple syrup, and tastes a bit like cotton candy. Might work well with PB...

Staff member
Which reminds me of this: the Lazy Man's Monte Christo.

A buddy of mine likes Monte Christo sandwiches. Specifically, the version which is ham (& turkey, sometimes), Swiss cheese, and strawberry preserves on French toast sprinkled with powdered sugar. Unfortunately for him, the restaurant that made those around here went out of business. He lamented this to me, wondering what he would do without his franken-sandwich...

I thought for a minute, and told him all he had to do was put his meat & cheese between a pair of freshly toasted frosted strawberry Pop-Tarts. Voila- Lazy Man's Monte Christo!

He ALMOST hugged me.

Experimenting in the kitchen, again...