Very simple premise. Basically, in your games/worlds, what kinds of war mounts do your different races/creatures ride into battle (if they do so at all)?

I've determined quite a few of them for my world (some of them taking from official lore), but wanted to create a thread to get inspiration for more, share my own, and to just collect the ideas from everyone. Here's my list:

What about you? Any races/subraces that I missed? What are your versions?

Dwarves in my homebrew setting use llamas instead of goats. Orcs use giant beetles and other arthropods.

My cloud-living evil-leaning light elves ride hippogriffs (been done before I know I know...)
I recall a dim dark campaign I played in the 1980s with halfling amazons on tigers...
I don't see bugbears riding anything
In another fantasy game (TFT), giants rode on Indri (their name for Indricotherium/Paraceratherium - largest land mammal that ever lived)

All of these are cool except Leonins on Lions being a bit lame, and Centaurs on Centaurs outright ridiculous

It isn't determined by their heritage, but by their culture and the availability of types of mounts. Most of my societies, whether tribal, urban, rural or other, are mixes of creatures that have come together. They use the resources in the lands around them. So, the United Tribes of Kor ride dozens of creatures because their tribes come from lands that span millions of square miles. The Settlement of Eastern March (a subterranean society of traditionally Underdark heritages, dwarves and rock gnomes) ride giant insects, giant lizards, and travel inside of various tunneling worms because that is what is in their environment. There are a few Xenophobic creatures that tend to not socialize with other creatures, such as my Gnolls, my Giants, and my Eladrin ... but there are exceptions even for them. They Xenophobes tend to be tribal and have a unique mount for their tribes, but they're all cliche options now that I think about it off the top of my head.

Epic
Some (predominantly woodland or mountainous) goblins ride wolves/worgs. Some (predominantly plains, hills, or swamps) ride a homebrewed long-legged scaly bird (a dinosaur, really, I suppose, these days. Since now we think lots of them had feathers) -think a reptilean-ish axe beak or feathery velociraptor, with bird head/beak, not dinosaur snout/teeth/mouth), called a Zarx. Uncommon but not unheard of, cave-dwelling goblins have been known to train/befriend giant bats to use for air transport.

My setting's analogue of Hobgoblins tend to larger "troops transports" than individual mounts. So, giant lizards or fiendish elephants, fitted with a enclosed howdahs. Armored carts or large chariots pulled by teams of bonnacon ("gorgon'esque" creatures. I expect they were originally the medeival lore of a gnu/wildebeest. But I've turned them into an actual fantastic creature in my setting. So, think "an ugly antelope with curved horns and scaled/armored hide with acidic gas breath weapon"). High-ranking officers/commanders might ride a bonnacon, themselves. The "hobgoblin" nation's upper eschalons have wyverns for aerial forces.

Dwarves are prone to bears in the hills/low mountains. Big-horn sheep/ibex-like caprines in the high mountains. In colder climes, woolly rhino or mammoths might be used for transporting large numbers of troops but are more likely to be beasts of burden to haul seige weaponry, portable smithies, armaments, supplies, and such.

Elves ride stags, of course. Elk in cooler climbs. High-ranking officers or nobility might have megaloceros ("irish deer," what Thranduil rode) where they can get them. There are squadrons that ride giant intelligent/speaking hawks. Royal houses might breed/raise/train griffons. Some, very very rarely, are aligned by unicorn or [homebrew] "Silverfawn" - white/silver elk, sacred to the silver moon goddess, who can teleport (folklorically, only under/in moonlight, but that is not so).

Orcs tend not to use mounts. They are predominantly mountain and largely subterranean dwelling. So going by foot is more practical. And they move/climb better and faster through such terrain than most bipeds (their quarry) can. Beasts of burden will tend to giant boar (above ground) or lizards (below). So commanders might be mounted on one of those or some other unique monster/creature.

I have the remains of a fallen human empire, now exiled from the mainland. But legends about them say they rode dragons (really, just winged drakes or, think sting-less wyverns). But no one has seen a Selurian in a couple of centuries now and they exist more as villainous bogeymen in stories to scare children.

I have a race of demon-worshipping mutated humans, now reptilean/snake men. (another/different, and much older than Seluria, fallen empire) Those who do not possess serpentine bodies, will use giant basilisk, dracolisk, giant snakes, and all manner of chimeric creatures that they augment/create with their wicked alien magics...if when anyone is unfortunate enough to cross paths with a force large enough to use mounts...which, probably, no one would hear about anyway, with no survivors.

I don't think of bugbears as generally needing or wanting mounts. My world's analogue of gnolls wouldn't either. The alleged "Dark elves" are so far lost to legend and myth, who one knows what they'd use...they're not even real anyway, right?

That's really about it/all that's been developed in this area for the setting. And, also, humans, elves, dwarves, and goblins, hobgoblins, orcs, (and the Gorgon snake-demon-men if/when they make a play to re-conquer the world) are the only species/societies prone to assemble large "wartime" forces.

EDIT: To @aco175 's point, the human realms -and those traveling within them, so as not to draw undue attention- are the ones most prone to use horses for battle/war mounts.

Halflings use ponies to travel or work animals...but they aren't engaging in "war." Cows or ox, even a good sized ram or goat, are better for plow-pulling than a pony. Large dogs/mastiffs are most likely to be used as a battle mount...but that's really more for those wilderness roving weirdos. /EDIT

Seems nobody mentioned horses and ponies yet.

I blame the Hobbit movies for this, but I do prefer my Elves to have their War Elk mounts.

I'm reminded of some fantasy novel I read way back in my teen years, where the good guys were facing off against a barbarian horde that rode giant spiders.... can't remember the title, it's been a long time...

I'd love to see a battle with both sides charging at each other on giant turtles. They'd actually have time for some epic poetry.

I’m still working on building the various kingdoms and racial cultures in my world, but so far….

It is something that is going to vary, but I go pretty classic. 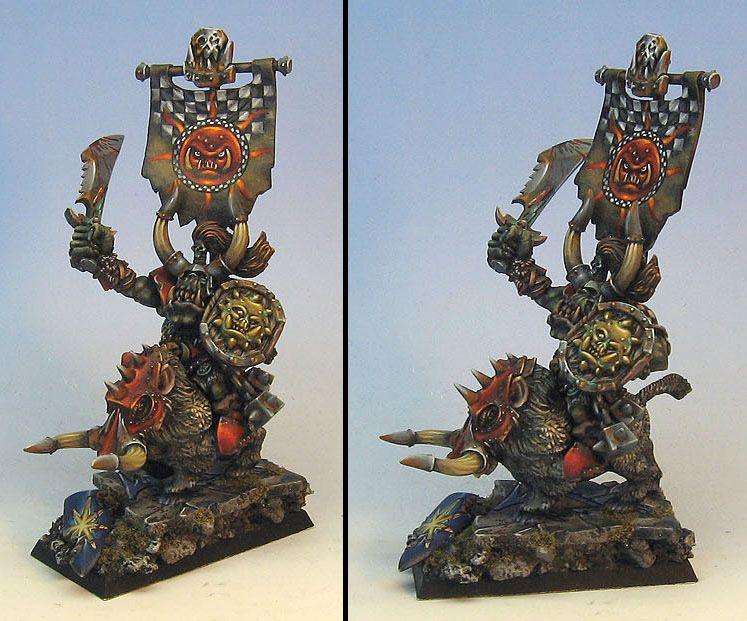 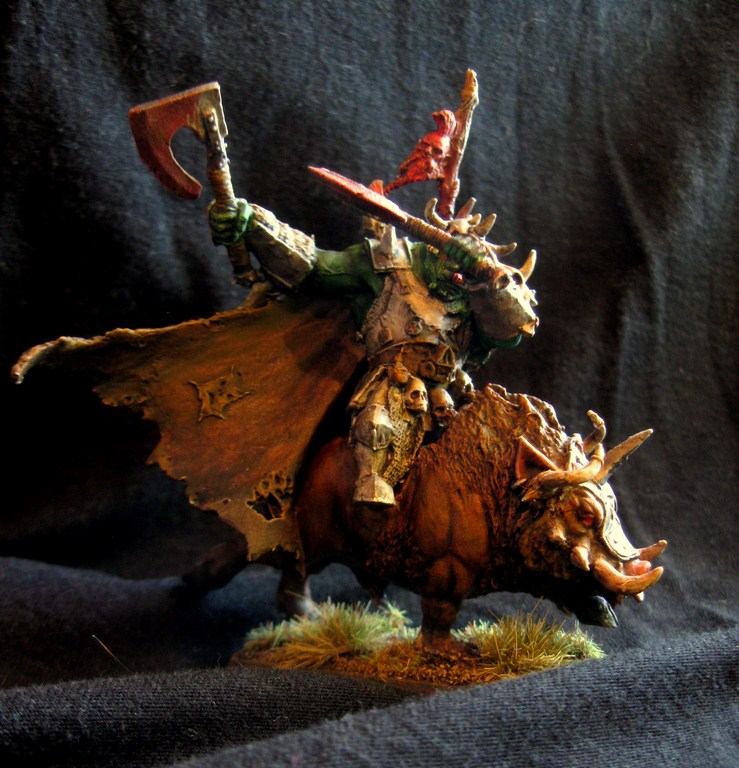 Many years ago, I put dwarves on large flightless birds.

Irlo said:
Many years ago, I put dwarves on large flightless birds.
Click to expand...

When I played a 5e Half-Orc (stat wise, full orc narratively) barbarian I played up the orcish tradition of axe beak mounts.

Voadam said:
It is something that is going to vary, but I go pretty classic.


Boarf, they stole that from Runequest Glorantha. 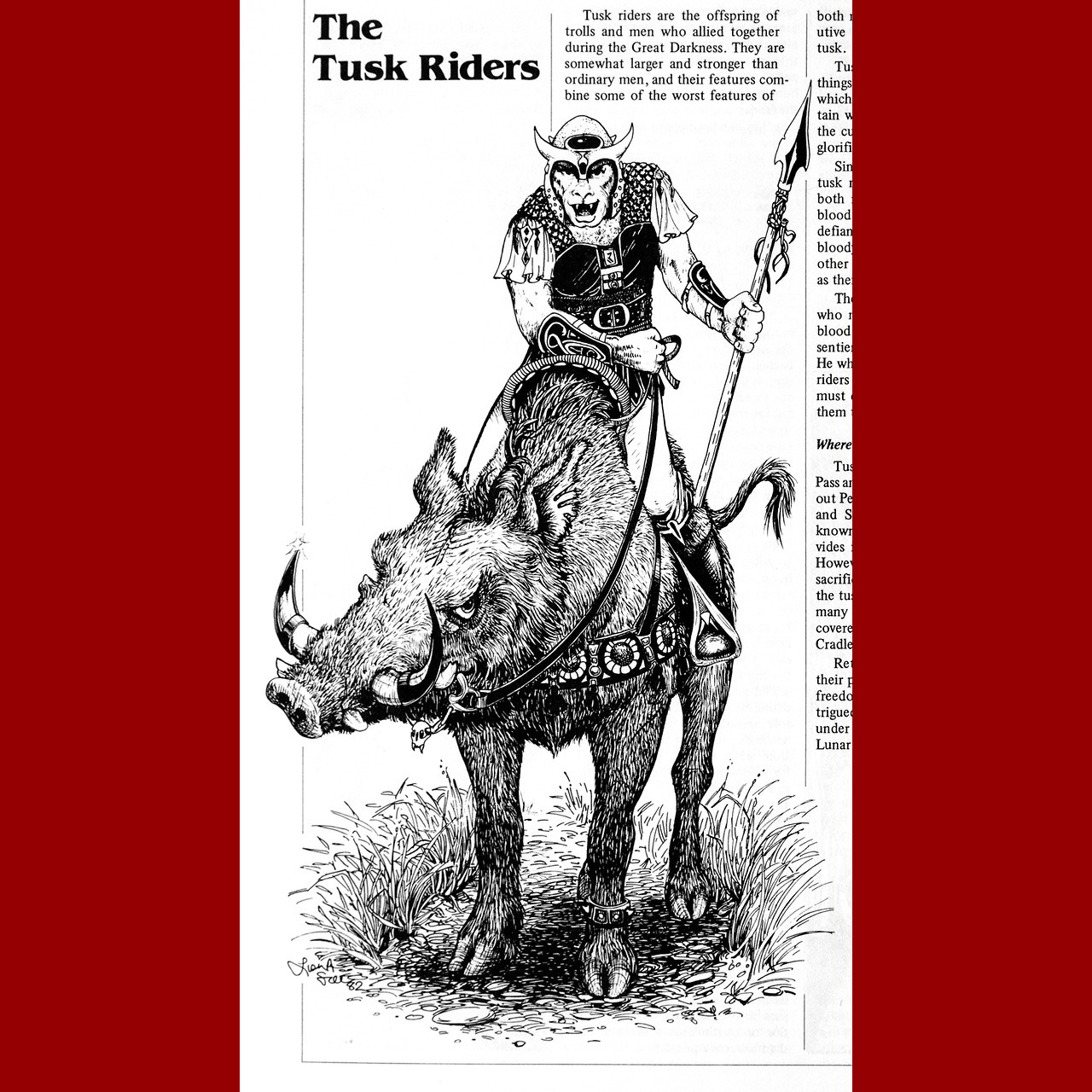 And heck while we're at it: The Dwarves can have their War Goat mounts. Maybe a War Hog as well.

Lyxen said:
Boarf, they stole that from Runequest Glorantha.
Click to expand...

If you're gonna steal, steal from the best.

King Babar said:
Dwarves in my homebrew setting use llamas instead of goats. Orcs use giant beetles and other arthropods.