I have to be honest. I have a lot of adult responsibilities going on. What Stephen King calls stark raving reality. So when Wendy’s (yes the hamburger joint) released an art and map filled 93 page RPG called Feast of Legends in PDF and in print at New York Comic Con I had to dive in (PDF for me). 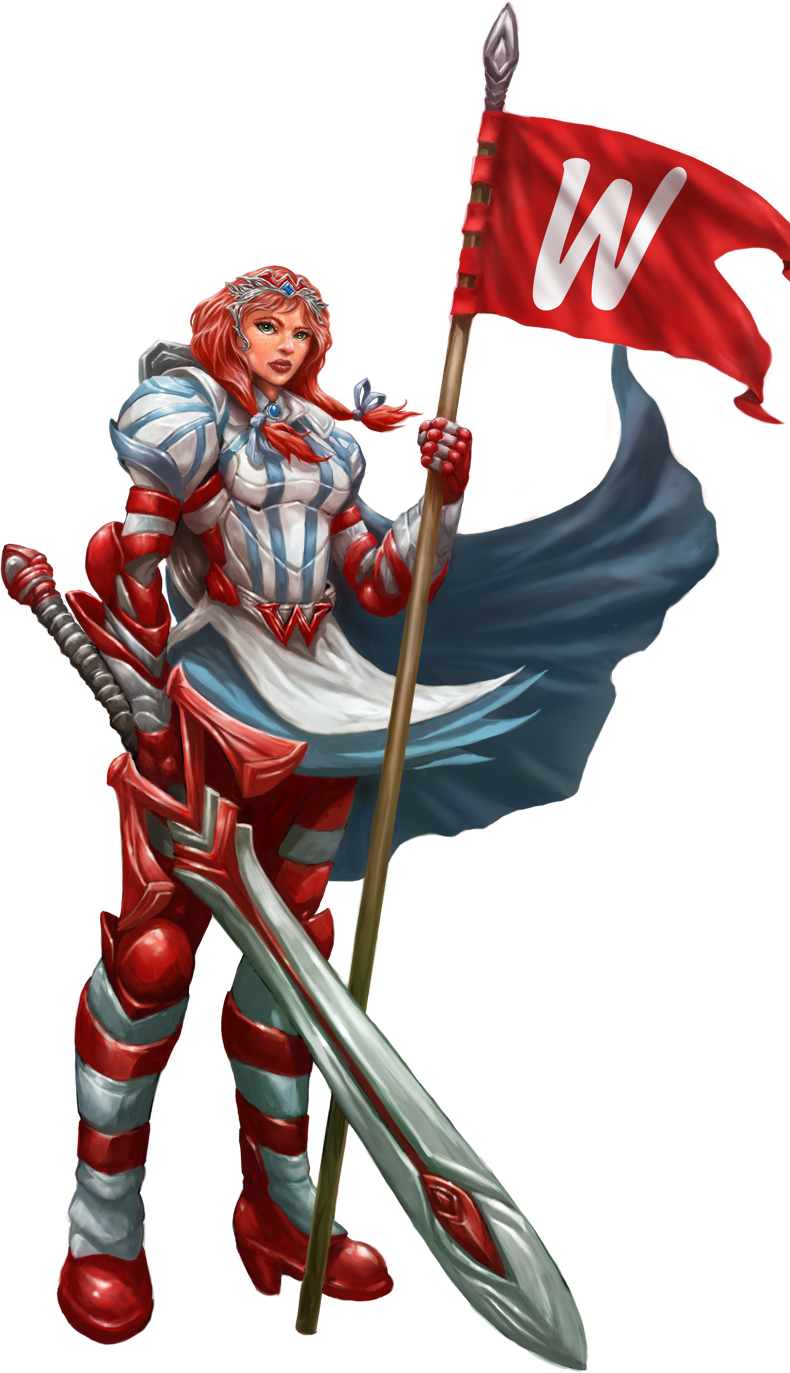 ​
Even Critical Role is going to give it a spin. You can judge me if you want. But Feast of Legends builds on a d20 chassis and comes complete with a world, classes, monsters, magic items, rules, and an adventure. And I think we can agree that frozen beef is akin to necromancy, a dark art of cold and death that brings gloom and heartache to all.

What do you do in Feast of Legends? Fight the Deep Freeze of course. You are adventurers in Beef ’s Keep where the nations have been splintered over major disagreements. Creepingvale and the United Clown Nations have led their people into a collective darkness known as The Deep Freeze. The PCs reside in the one nation that remains a true beacon of hope: Freshtovia. Freshtovia is known for its lush fields; signature dishes; and redheaded queen, Queen Wendy. Wendy has clapped back at all attacks on her borders.

You choose an order (more on that below) and roll for stats. You roll 4d4 for your stats The author (currently unknown) is quite proud to call this roll the 4 for $4. You also need to pick a super dope name.

If you have read this far you might think this is going to lead to nonsense. But no. Combat is fairly robust, following D&D 5E in many ways. Characters can move and do an action. There is advantage and disadvantage and feast mode (crits) and big oops (fumbles). The game even has buffs if you eat Wendy’s food which grants in game bonuses while eating all other food, debuffs, gives penalties.

The heart of the game for players will be the fourteen orders they can choose from. Yes the orders are named after food. The Order of the Spicy Chicken Sandwich has five levels with skills at each level giving heat based powers, smoke abilities, and a crispy outer shell for protection. On the other hand, the Order of the Chicken Nuggets is all about sneaking around and sneak attacking. Many of the Chicken Orders can heal.

The GM is provided with a campaign adventure that will take PCs from level 1 to level 5. The main threat to the land is the Ice Jester of the United Clown Nations. No I’m not making that up. The Ice Jester has been sending frozen minions across the realm to spread icy havoc. Rumor has it that he has found a powerful magic device capable of throwing all of Beef ’s Keep into a new frozen age. The fate of the realm rests in the hands of a few fresh, never frozen heroes.

At this point I would have happily paid a few dollars for this PDF. It is RPG gold. And free? This is amazing.

There are five parts to the adventure. There is the Creepy King With the Paper Crown who has locked himself away, keeps his supplies of beef frozen, and then casts the icy pucks into the fires of the mountains. There is a world map and a nation map. Dungeons and villages. There are sixteen magic items including The Ancestral Spoon of Biggie Vale. There are seventeen creatures like the beef bandit who can give a Swift Kick in the Pants.

Because everything is fairly close to D&D in design Feast of Legends should be easy to run and enjoy a modicum of balance. It is fun. It has a whole campaign to explore and various Orders for players to try. And it is free. What’s not to like? Will I try to run it at the next Gen Con if I can go? Yes. Yes I will.

Speaking of enjoy, now I’m craving a double stack. Like Feast of Legends it should be delicious. Download the PDF and grab a Frosty. The fight for fresh beef lies in your hands.
Last edited by a moderator: Oct 4, 2019
Click to expand...

I am Spanish, and I knew nothing about Wendy until now. Technically this promotion is a success.

It's good value and actually playable ad. And it is fairly cheap to contract and produce value-tisement compared to KFC's almost-a-million worth of PC visual novel, I love you, Colonel Sanders.

You know how video games have cynical cash grabs made only for the purpose of ironic streaming? Goat simulator etc.

This is that, except it's an ad for a giant corporation.

Yay. Welcome to Costco, I love you.

From a marketing standpoint,this is rather brilliant. It's thematically appropriate, actually shows understanding of RPGs with a fairly balanced system, and actually ties the eating of Wendy's and other foods into the mechanics by rewarding those who eat their food and penalized players at the table for eating other competitors'. For a geek, what a time to be alive!

I really hope they release print copies of this for those of us who weren't at the NYCC.

I wan't the dice. Please Wendy, release the dice!

Staff member
Anyone have an image of the dice?

Umbran said:
Anyone have an image of the dice?
Click to expand...

A Wendy's d20. They really didn't do anything by half-measures here.

A truly unfortunate product of Late Capitalism. Hopefully people see this as the shallow advertisement that It is.


Oh, everyone understands it is an advertisement.

Shallow? Well, all advertisement is shallow. This is at least shows some signs of thoughtfulness about the target market, and more effort than we'd expect, by a long shot.

Plus, folks have a high capacity for... willful embracing of cheesiness... that we like to exercise every once in a while.

Umbran said:
Oh, everyone understands it is an advertisement.

Shallow? Well, all advertisement is shallow. This is at least shows some signs of thoughtfulness about the target market, and more effort than we'd expect, by a long shot.

Plus, folks have a high capacity for... willful embracing of cheesiness... that we like to exercise every once in a while.

When I was a kid, at the height of the puzzle's popularity McDonald's released a Rubik-style cube with McDonalds menu items on each side. This feels familiar.

It is, of course, nothing more than an advertisement. Is that an awful thing?

Either be happy for d20, or shake your head and intone "be careful what you wish for..."

Tony Vargas said:
This is what going mainstream looks like, folks.

Either be happy for d20, or shake your head and intone "be careful what you wish for..."

Will it be a success story, or will RPGing be ruined by public scrutiny? Only time will tell.

It is also rather well done. It speaks less of a cash grab.


You frown as if it is a bad thing.

I've read through the pdf, looks like it could be a lot of fun for a one shot game.