Which is the question I'm sure is on everybody's lips! GPG #3 is coming in May, and here's what you can expect to see--including that Spiderfolk heritage!

The Gate Pass Gazette is the official monthly magazine for Level Up: Advanced 5th Edition. 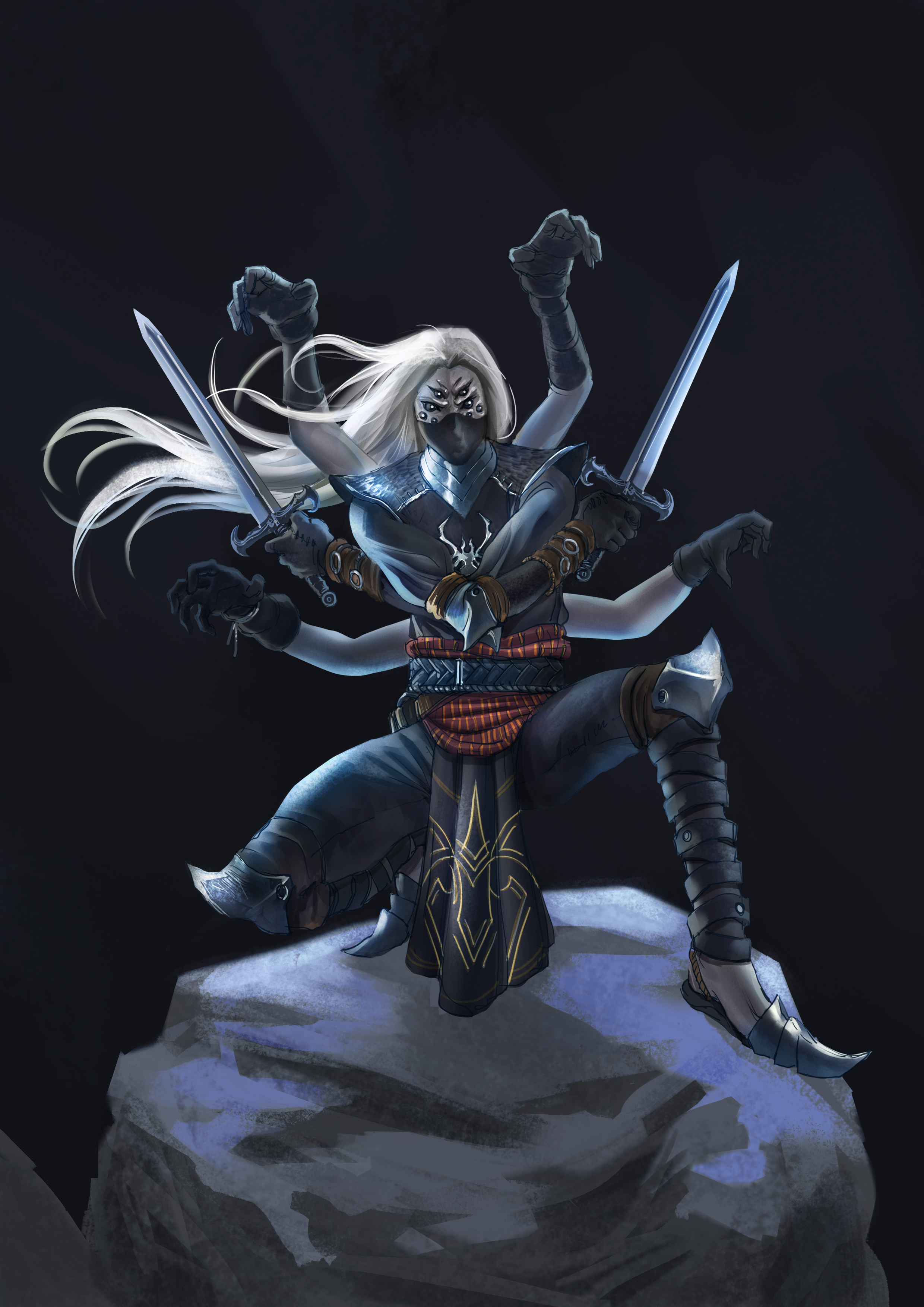 Cunning Curses
Usually relegated to the role of bizarre junk, this article aims to instead to give you the kind of cursed item we know from stories: those that tempt the owner with great power--at great cost. By Cassandra Macdonald.

Paths of Courtly Intrigue
There is debate on whether the pen is mightier than the sword, but there’s a canny sort of adventurer that sees no reason to choose between the two. These archetypes are for those that move through places of political power, negotiating, making deals, and ensuring knives are found in the right backs when it comes to it. By Tyler Omichinski.

Those of the Web
A new Heritage in the form of the spiderfolk, a mysterious arachnoid people with a connection to the Ethereal Plane, and a related new Culture: the Ethereal Scout. By Pedro Coimbra.

Mount Jino
Once home to a magnificent wizard's castle, Mount Jiro is a crumbling mountain now littered with ruins and populated by magically-created monstrosities and natural predators alike. Meanwhile, the bog below is home to its own hazards and opportunities. These challenges, monster variants, and NPCs can be used in conjunction or individually. By Marc Kenobi.
Click to expand...