Who Knows Better, a Player or Their Character?

Physical stats in RPGs are usually handled by rolls of the dice, but how to handle mental challenges without biasing against a player or their character? 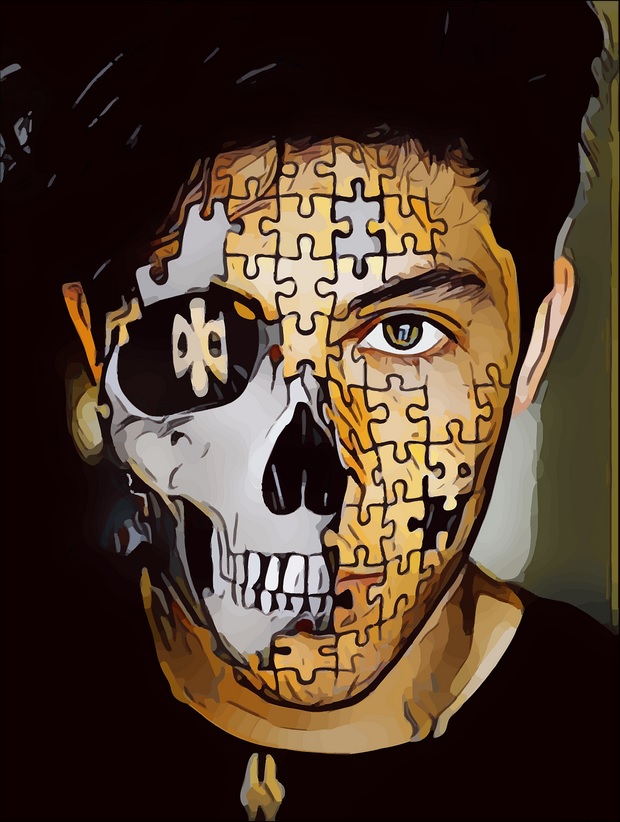 In Dungeons & Dragons, players take on a role for their character. Because tabletop games aren't live action role-playing games (LARPs), physical abilities are handled with ability scores and die rolls. A player doesn't have to do a flip if they want their character to jump over a chair, for example. So feats of strength, of agility, and overall health are relegated to a game abstraction that lets players control characters who may look nothing like them. This is particularly important in playing characters that are more alien from a standard humanoid.

But things get complicated with the mental attributes: Intelligence, Wisdom, and Charisma. How smart, wise, or charismatic a character can be depends on a combination of both die rolls and how the character is role-played. It's may be easier to play down than up in this case: playing a dumber character is feasible while playing a smarter character (smarter than the player, that is) requires some help with die rolls.

If the massive thread in Corone's article about how video games affect role-playing is any indication, there's quite a bit of variance in how groups approach this dichotomy. And some of that has to do with the game's level of abstraction.


Just How Abstract Are You?​

Some players may reference their character in third person ("Talien tries to intimidate the barkeep") while other players may role-play the experience out ("Listen bub, if you don't do what I say you'll be mopping up more than beer"). Most groups probably shift between the two, with a player role-playing their character's efforts and then the dice determining success.

The abstraction challenge happens when these two are wildly out of sync. When a player role-plays exceptionally well, should he be required to still roll to see if their check succeeds? Or maybe just a check with advantage? Conversely, should a player who role-plays poorly be penalized because they're not as charismatic as their character?

Tabletop role-playing games have a tantalizing promise that anyone can be whatever they want, but the reality is that complex characters that are markedly different from their players are harder to play, from both a role-playing and abstraction perspective.

All this comes to a head in a staple of dungeon crawling: riddles and puzzles.

I've previously mentioned how there's a lot game masters can learn from escape rooms. GMs have always drawn on a variety of sources for their in-game challenges. Thanks to the increase popularity of escape rooms, there's been an explosion of riddles and puzzles. But there are limits.

Escape rooms put players in a physical role without a lot of expectations that the player will role-play it. It's expected the player brings all their skills to the game to the succeed, and by working together as a group any flaws one member may have are offset by the talents of other team members. This is why escape rooms are often used for team building purposes.

But since the player isn't playing a role, their physical and mental capabilities are no different from their daily life. No player will play poorly because they're playing a character who isn't good at puzzles, for example. Not so in tabletop RPGs, where playing better or worse than "you" is part of role-play.

This becomes problematic with thinking games, where the push-and-pull between a player's brain and their character's brain might be at odds. Should a player not mention the answer to a riddle because the character wouldn't know it? Should a character be able to tell their player somehow what the answer is?

When it comes to any puzzles, I've learned that there's a fine line between enforcing role-play (thereby staying true to the character's mindset) and having fun (thereby giving the player agency in the game). To that end, I pose riddles and challenges and then use skill checks, with a target number giving hints. The higher the roll over the target number, the more hints the character gives their player.

In my current online D&D game, players are participants in a game show. There are five categories with gold prizes ranging from 10 to 1,000: arcana, history, nature, medicine, and religion. The easiest questions have a base DC of 5, while the hardest have a base DC of 14. The answer determines how many letters the character automatically guesses, increasing the DC by the number of letters, with the player left to puzzle out the answer from there.

For example, a 100 gold piece arcana question of "what powers the mechanical automatons guarding the keygnome front gate?" with an answer of "clockworks" and a DC of 5 (categorized as an easy question that I think the player might guess anyway) would have a "solve" DC of 15. Players roll an arcana check for their character: a 15 or higher solves the puzzle, while a 10 would just give the word "clock" and the player could potentially puzzle it out from there. For characters who are well-versed in a topic (e.g., druids for nature, clerics for religion) I give them advantage on the check. I also try to make the questions relevant to the game, rewarding players who are paying attention to our in-game fiction.

What this does let players still feel their character is confident in their knowledge, while ensuring their players aren't passive participants. There's still a roll to determine the answer, and a bad or good roll can make the puzzle easier or harder. I also still have the ability to tweak how hard the riddle is by changing the DC as needed. Some puzzles may have longer letter counts but be easier to guess.

It doesn't have to be just letters. When figuring out colors, shapes, or any other aspect of a puzzle, rolling high enough could provide hints that solve some but not all of it -- just enough to let the player feel like they're making progress but not so much that the character automatically solves everything and there's nothing for their player to do. Conversely, the goal is to make players who are not nature or arcana experts still feel like their character is competent enough to know things the player doesn't.

I developed this methodology in 5E Quest: Mastherik Manor, but the streamlined version I'm using in 5E Quest: Clockwork Carillon has led to a much faster and engaging game. My players are enjoying it so far!

Your Turn: How do you manage player vs. in character knowledge when using puzzles or riddles?
Click to expand...

iserith said:
Few things are worse in the context of the game in my view than some busy-body who wants to question or tell other people how to play their own character, whether that's the DM or other players.
Click to expand...


While in principal I agree with this, in practice I think if a game is going to use mental and social attributes, they should mean something, and far more than the physical ones that bumps up against how they're played. That doesn't mean you should second-guess everything someone does, but if the guy who's usually viewed as the smartest person in the room is playing his character like a token and thus doesn't care that the character has the lowest Int the game permits, I don't think they're playing in good faith.

Thomas Shey said:
While in principal I agree with this, in practice I think if a game is going to use mental and social attributes, they should mean something, and far more than the physical ones that bumps up against how they're played. That doesn't mean you should second-guess everything someone does, but if the guy who's usually viewed as the smartest person in the room is playing his character like a token and thus doesn't care that the character has the lowest Int the game permits, I don't think they're playing in good faith.
Click to expand...

It would be up to the game to establish that in its rules though. Many don't. As a result "Int 8 should behave this dumb" sits in the area of table rules or social contract. People should certainly be held to what they agree to when it comes to the social contract, but I would still question the need for that table rule at all.

iserith said:
It would be up to the game to establish that in its rules though. Many don't. As a result "Int 8 should behave this dumb" sits in the area of table rules or social contract. People should certainly be held to what they agree to when it comes to the social contract, but I would still question the need for that table rule at all.
Click to expand...


Like I said, if they're not going to be reflected in the roleplaying at all, I'd simply prefer mental and social attributes not be there. They usually aren't strictly necessary.

"Why is the Tarrasque on the Table?"