Who's Playing What On Fantasy Grounds? Final Stats For 2016!

It's stats time again! The folks at Fantasy Grounds have sent along the final usage stats for 2016, reflecting which rulesets were played on the VTT (Virtual Table Top) during Quarter 4. There's a small dip across the board during December. D&D 5E leads the pack as usual by a massive margin (but remember that FG is a licensee of WotC), followed by Pathfinder, Savage Worlds, and D&D 3.5 and then D&D 4E. In the pages below, "Core RPG" refers to the system neutral default package for Fantasy Grounds, used when there isn't a game-specific one. 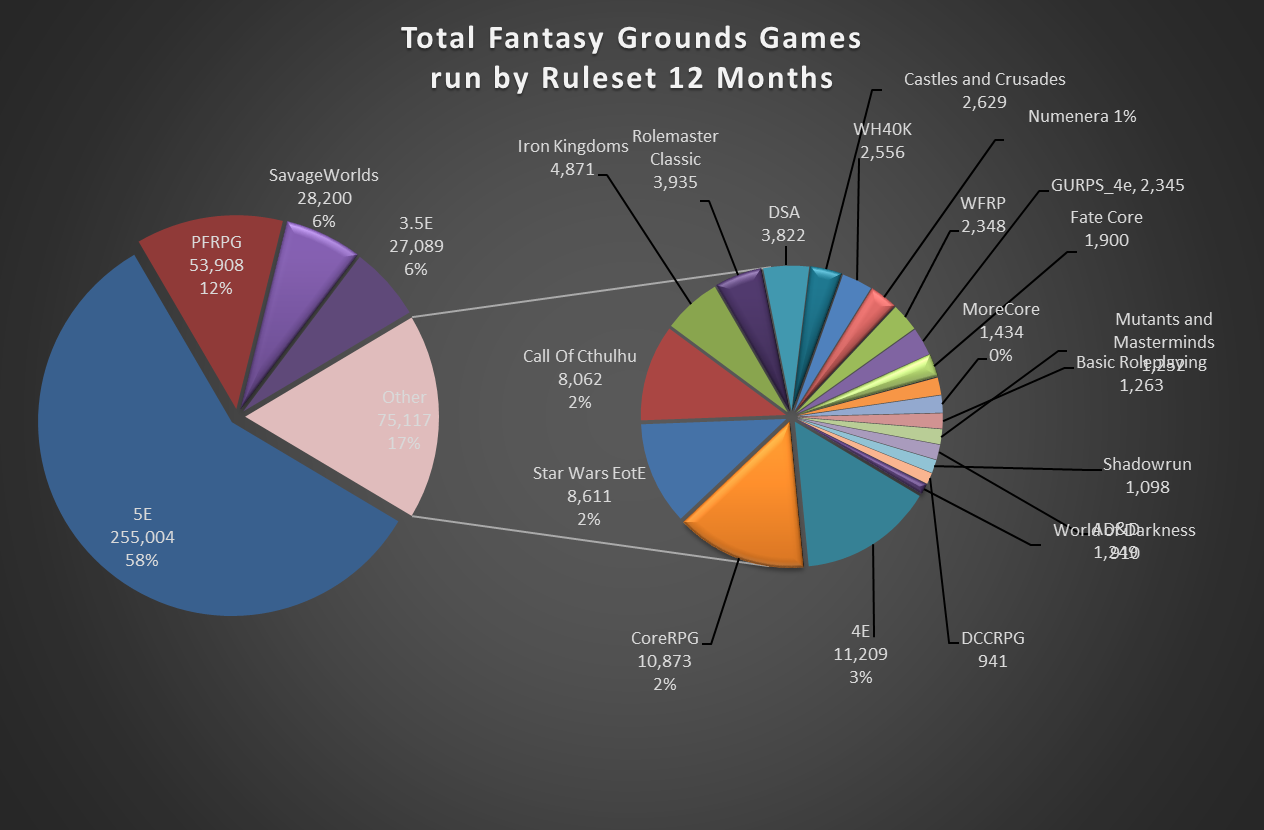 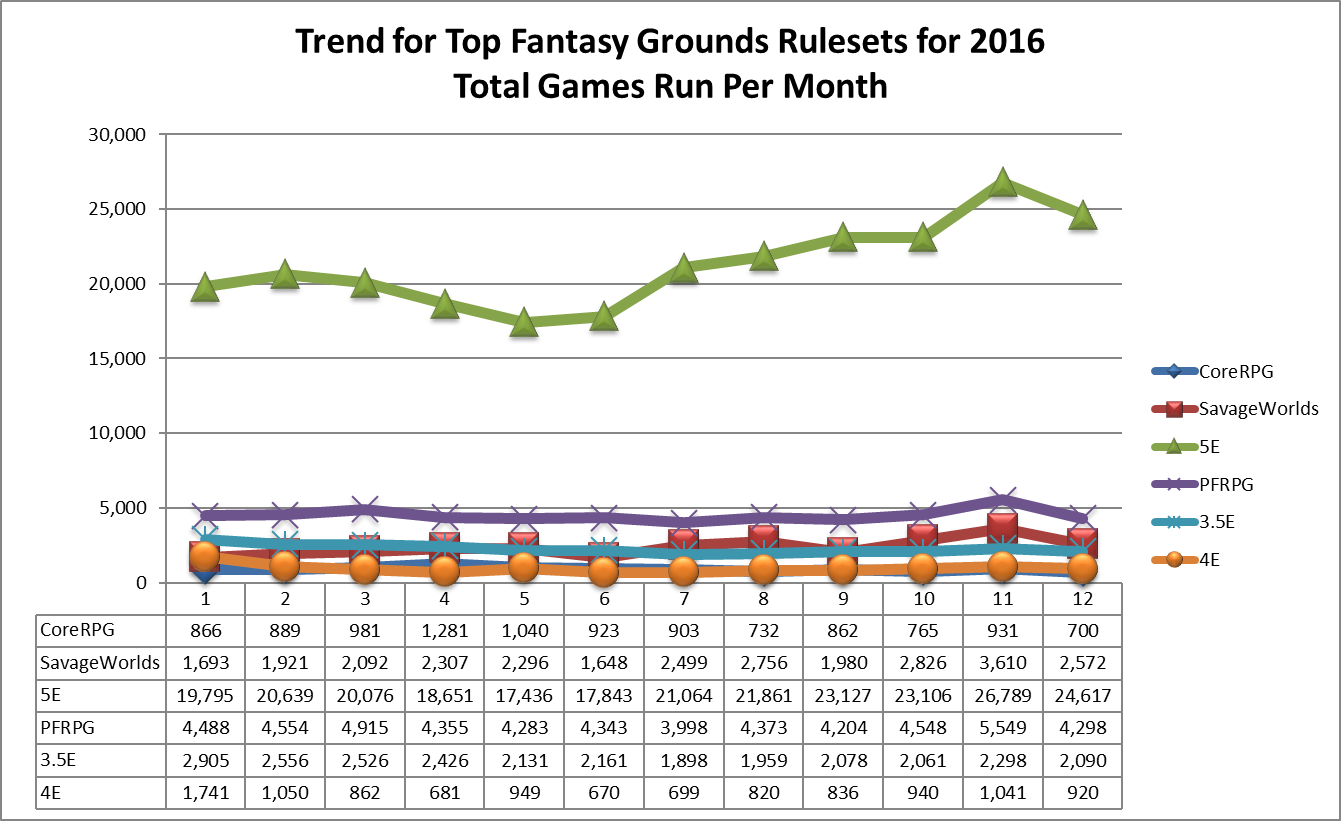 I'm fairly sure that Doug said this is from the client pinging the alias server. Which only happens when a player connects. It doesnt count direct ip connections I believe. Hopefully John or Doug will jump on and correct usm

Parmandur said:
Savage Worlds has been the "non-D&D" game of record for a couple years now, hasn't it?

4E and 3.x (non-PF) are probably phasing out mainly as people move to 5E, seems reasonable as campaigns finish up that people move on.

Note that VTT's do cater to the tactical combat on grid model.