Worlds of Design: Barbarians at the Gates – Part 1

​
It's a rare fictional universe that doesn't have barbarian lands; even in science fiction. But who decides who is a barbarian? 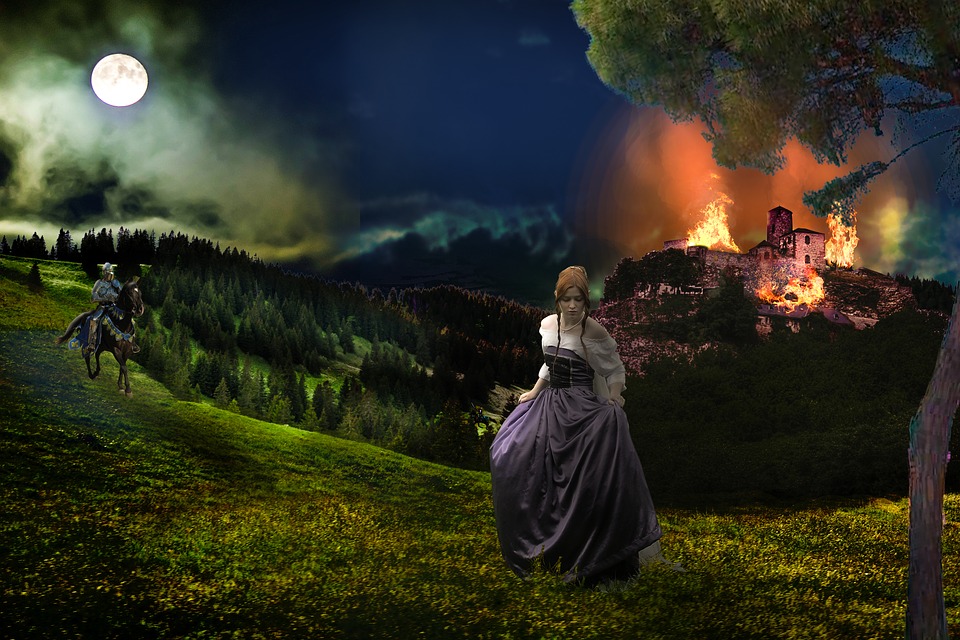 It's a rare fantasy world that doesn't have barbarian lands, and even in science fiction we have barbarians in the sense of those not part of the main (human) empire, using inferior technology. Google's definition of a barbarian:

"(in ancient times) a member of a community or tribe not belonging to one of the great civilizations (Greek, Roman, Christian)."
Click to expand...

Also, presumably "great civilizations" includes Chinese, Indian, and Muslim civilizations. In other words, a barbarian is not a member of "civilization."

The word "barbarian" can have negative connotations of a people who are simple or ignorant. But the truth is more complicated. Barbarians weren’t simple, nor were they inferior militarily. The Romans certainly considered barbarians dangerous.

Barbarians weren’t even necessarily hostile. Barbarians in your campaign need not be raiders who pillage and kill. Even the terrifying Vikings were sometime traders as well as raiders and settlers.

Fiction and movies about Conan have created an image of barbarians as invaders “with fire and sword.” Dungeons & Dragons’ barbarian class uses the Conan archetype to create a character prone to violence. Movies tend to show it that way, with barbarians destroying and pillaging as they go.

Historically that happened sometimes, but frequently not. It depended on what kind of barbarians and what kind of defense, and on the familiarity of the barbarians with the civilized areas. Sometimes barbarians infiltrated in and gradually displaced the populace or at least merged with it.

There are exceptions to all generalizations, but I think we could generalize this way:
In the western world we have three general areas where barbarians came from.
These cultures were not static however. The Goths were forest barbarians in north central Europe, but later moved south and east, adopting steppe methods. They were eventually pushed into central Europe and became settled again (after a temporary foray on the Black and Aegean Seas!).

We can ask further about the motivation of barbarians in your campaign. Are they raiding for wealth? Sometimes they want precious metal and gems, sometimes other possessions, sometimes they want slaves to sell, but precious goods are always the most portable. Occasionally, they move because they need food/better land, or sometimes because they've been pushed by other barbarians, and all these things will affect how far they go and how willing they are to fight.

Take Vikings as an example. They wanted land, wealth, and fame, but they rarely wanted to fight unless that offered fame. When defense faltered, they saw that they could occupy land.

If there are barbarian raids, communities will prepare defenses against them, like the great defensive works of Hadrian's Wall and the Great Wall of China. Those defensive works are more for discouraging herd raiding than for keeping raiders out. Defenders can't really man the wall - it's too long - but they can man the gates, and the gates are the only way to get the booty out or to keep steppe horsemen in. This is why Offa's Dike, a huge pile of dirt and trench without gates, dozens of miles long between England and Wales, was worth "building."

Sometimes there were walls around cities, sometimes not. That depends on local history and ability to build, and the walls might be timber rather than masonry. In some places there were dirt-walled hillforts from an earlier era. Barbarians were rarely able to capture walled cities (Mongols excepted).

There may be mobile defenders not tied to a particular place, whether horse or foot, or they may generally be immobile. All this makes a difference. Maybe the defenders are somewhere else, as when the Germans crossed the Roman Rhine frontier in 406-407 CE. At the extreme of defenseless there's just farms and farmers who may survive or may not, depending on the barbarians. If the barbarians kill the farmers, then the farmers cannot produce more food to steal.

Next week we’ll further discuss barbarian motivations, and then some ways barbarians can fit into an RPG world.

Your Turn: What part do barbarians play in your campaign?

Hussar said:
When we are talking about 20th century, particularly early 20th century genre fiction, it is very heavily steeped in the concepts of the time. The tropes and whatnot are very hard to separate out from the material as it is very pervasive. As I said in my earlier post, the "barbarian" of fantasy isn't Vikings - technologically advanced (or at the very least not any further behind), socially advanced people who are just as modern as any other culture of the time.
Click to expand...

Hmm. Perhaps. Robert E. Howard, originator of the Conan stories and much of the "barbarian" stereotype in fantasy literature consistently portrayed less-"civilized" tribes like his fictional representation of the Cimmerians and Picts (despite their apparent villainy) as possessing some deeper and more honest understanding of the world; something that was lost to the great empires (including the nation that Conan eventually became leader of - the Aquilonians) as they became civilized.

Shadowdweller00 said:
Hmm. Perhaps. Robert E. Howard, originator of the Conan stories and much of the "barbarian" stereotype in fantasy literature consistently portrayed less-"civilized" tribes like his fictional representation of the Cimmerians and Picts (despite their apparent villainy) as possessing some deeper and more honest understanding of the world; something that was lost to the great empires (including the nation that Conan eventually became leader of - the Aquilonians) as they became civilized.
Click to expand...

Yup. The whole "noble savage" trope in a nutshell.

Look, this has been hashed out to death. Howard was a product of his time. And it comes through in his writing. Which is something that the genre is really struggling with today. When the underpinnings of so many tropes are so ingrained in the genre, and those underpinnings have gone virtually unexamined for a very long time, it's only really in the past twenty years or so that we're starting to crawl out from under the honking great big elephant in the room that characterizes early 20th century genre fiction.


Certainly you mean "Elephant in the TOWER" ?

Worlds of Design: Putting Up Walls
2 3

Sunday at 5:27 AM
Dark Arcarnist
D

Worlds of Design: When Nations Expand
2