Stamford, CT, January 22, 2022: Mal and Tal Enterprises, LLC is pleased to announce our latest adventure, 5E RPG: Species of the Multiverse. You can purchase it here. 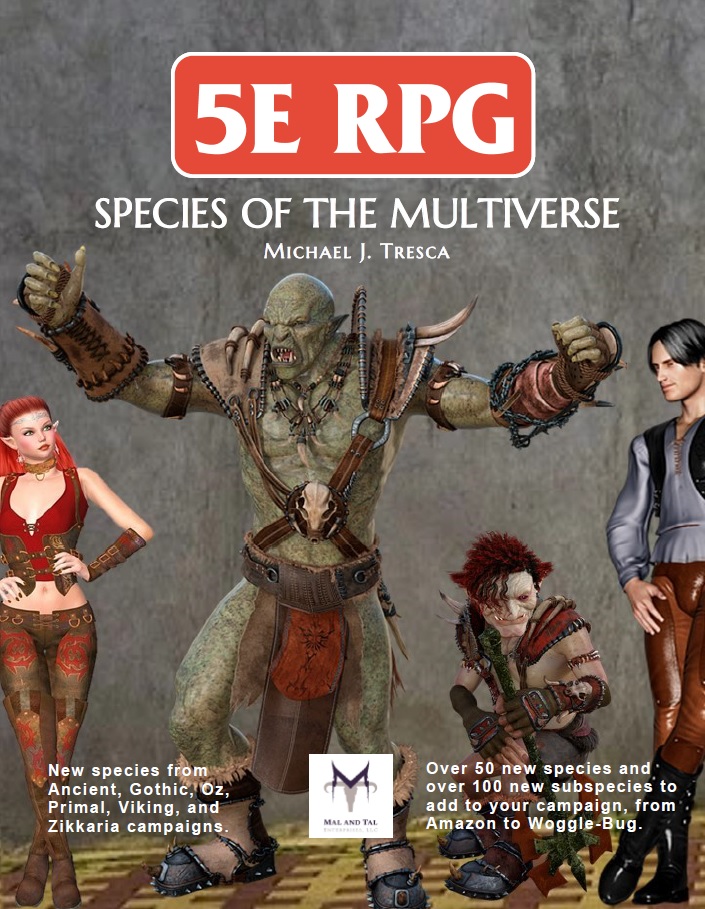 From Oz to Zikkaria and Everything in Between!

This supplement contains 46 species and 98 subspecies drawn from across the multiverse, ranging from Atlantis to Ancient Greece, from the time of the Vikings to the fairyland of Oz, from the fantasy world of Zikkaria campaigns to the gothic realms of the Uberwald.

This product is available now for our Tier 4 and 5 Patrons on Patreon. To be notified of new freebies as they’re posted, join our Patreon for just $1/month. You’ll receive 3 digital decks of cards, 4 monster supplements, a comic, and a novel as soon as you join. At higher support levels, patrons receive 10 more digital decks, an additional 500+ 5E monsters, three setting books, a full digital comic series, a digital novel trilogy, an autographed physical copy, and much more with new content added monthly. Join us at Patreon today!