Looking for guides on how to best optimise or build a class or concept in your D&D 5th Edition game? Look no further than this thread!

Ranger
Into the Woods We Go: The Ranger Guide By Gladius Legis [Repost]

Sorcerer
A Bunny's Guide to the Sorcerer

Old WOTC Links
5th Edition Spells Spreadsheet
Annual Cantrip Review
Basic Char-Op
Conjurer of Cheap Tricks - A Conjuration Handbook
DPR King
Handbook to Guide Writing
Level Dip Guide
Ways to attack with your Reaction
Know Your Rites: A Guide to Ritual Casting
What's Your Story: A Custom Backgrounds Guide
List of ability check modifiers
Know Your Enemy
[/sblock]
[SBLOCK=Original Format]
This is the initial list. It will contain links to the Wizards of the Coast threads until I move each one over and correct the link to point here. If it's already been moved, I've put it in BOLD.


Barbarian
The Gentleman’s Guide to Proper Barbarism
Graceful Destruction: A Guide to Dex Based Barbarism


Bard
A party without music is lame: A Bard Guide
Bardic Lore: A Basic College of Lore Bard Guide


Druid
Thy Fearful Symmetry: A Circle of the Moon Handbook
[Editors Note: The second Druid guide, titled Lunar Wilds, contained almost nothing and was almost totally incomplete, so I am not moving that over. I will, however, make a note of his few comments in the Circle of the Moon handbook thread]


Fighter
Bow Bond: An Eldritch Knight’s guide to Archery
The Art of War: A Fighter Guide
Battle On: The Fighter Guide


Ranger
Animal Buddy: A Guide to the Ranger's Beast Companion
The Outdoorsman's Guide to natural Ranging
Into the Woods We Go


Rogue
A Knife in the Dark – The Rogue’s Handbook
Dealing Death: Handbook of the True Assassin
I Fought the Law and Won: The Rogue Guide


Sorcerer
Born to be Wild, a sorcerer guide
A Bunny's Guide to the Sorcerer
Power Overwhelming: A Sorcerer Guide
Guide for optimized Sorcerer
Playing Dice with the Universe: A Slant Guide to Wild Magic Sorcerers

Thanks [MENTION=1]Morrus[/MENTION] and [MENTION=6780961]Yunru[/MENTION] for getting the posting problem sorted out, now I can take the barbarian guide off my bookmarks.

Made and added a new Ranger guide. Still in the process of coloring everything, but the info is there. And a Google Docs version is linked in the opening post that does have everything colored while you wait for me to color the forum thread.

I agree with it

There are so many outdated guides there, most of the guides here only use Players Handbook and nothing else.

Are there some guides from around the last years somewhere?

mpathy said:
There are so many outdated guides there, most of the guides here only use Players Handbook and nothing else.

Are there some guides from around the last years somewhere?


I believe the idea was to have all of the guides linked here so I doubt you will find any elsewhere on this site.

Many are outdated, but only monk has no up to date guide available. For some reason no one wants to make one...

Adamant said:
Many are outdated, but only monk has no up to date guide available. For some reason no one wants to make one...
Click to expand...


I'm working on it! Kinda. Not really.
Real life, y'know?

That said, 5e's outdate isn't nearly the problem that older edition's had. Everything's still usable, you just have to use your own judgement for new races/subclasses.
...
Probably why everyone keeps putting it on the backburner.

That said, 5e's outdate isn't nearly the problem that older edition's had. Everything's still usable, you just have to use your own judgement for new races/subclasses.
...
Probably why everyone keeps putting it on the backburner.
Click to expand...


Well, in my opinion, the new books, especially Xanathars Guide, did a really great job in make the subclasses even more diverse.

Some examples: Ancestral Guardians are super different from the Berserker Barbarians and also the other, Hexblade Warlocks are also very different from normal ones.

That was the reason. The points for the old ones are still valid, altough some new spells are a game changer for some classes - where a fighting character very hardly thinks about using green blade flame, sword burst and so on. So also for them, best practises might have changed.

I don't know if there's a policy about what/where to link guides but I found this one for barbarian, and most of the current barbarian guides are outdated. 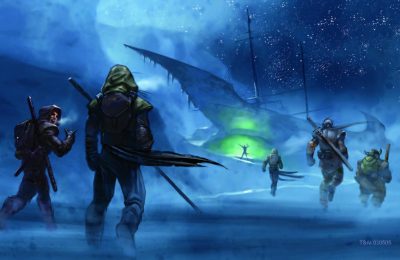 Barbarians are a staple of fantasy & fantasy gaming and in the 5th edition of Dungeons and Dragons, it is no different. Time to build the Toughest One Around!

And an artificer handbook: RPGBOT - DnD 5e - The Artificer Handbook