Level Up (A5E) A Leveled Up Bestiary

Here’s the start of Creature Catalog II. In another departure from the norm, the following is actually a variant of an existing monster: the faerie dragon. This one is called the phase dragon, since it’s associated with the Ethereal Plane. As a variant, they use the faerie dragon’s Legends and Lore, Encounters, Signs, Behaviors, and Names.

An article in a later issue of Dragon (#146) has a few “drakes” that will also be turned into faerie dragon variants. I like the idea that a flock of faerie dragons will have a few oddballs in it. 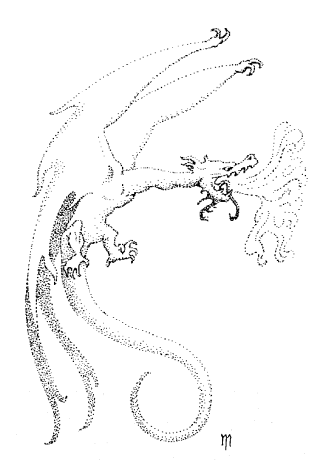 These tiny dragons are a rare mutation of the faerie dragon, hatched sometimes where the Feywild intermingles with the Ethereal Plane. They tend to be a bit more serious-minded and calmer than their kin, as their exposure to the Ethereal dilutes their “feyness.” When first hatched, their scales resemble mother-of-pearl, and they become paler as they age.

Finally, ether dragons that are 30 years old or older gain Truesight to 10 feet.

Now we have the hurgeon, a tiny anthropomorphic hedgehog. Hedgehogs are cool, although I’m not one of those people who’d want one for a pet. I’m writing them as humanoid (fey) and I imagine that they could work well both as one of the “commoners” of the Feywild and as friends and allies to people from Forgotten Folx, Wood Elf, and similar cultures: something slightly exotic but mostly mundane. 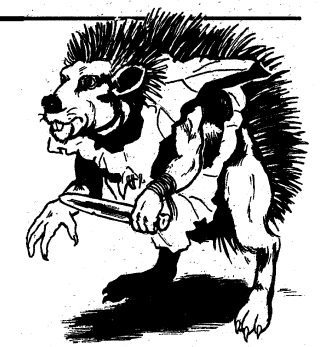 But we all know that they really look like this: 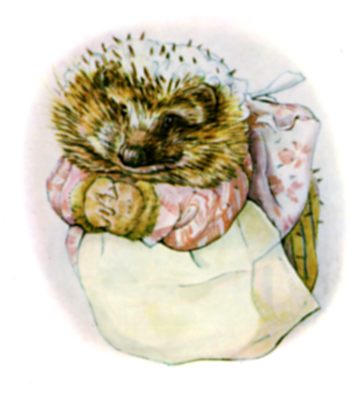 At less than a foot in height, the hurgeon are very tiny people indeed. They resemble hedgehogs, except that they walk on their hind legs and have hands instead of forepaws—and, of course, they wear clothing. They are omnivores, eating a variety of nuts, fruits, berries, leaves, roots, slugs, and myriapods. Hurgeon build elaborate, multi-story underground dwellings under the roots of large trees that are reminiscent of the finest halfling homes, but in miniature.

Shy Neighbors. Native to deep forests, hurgeons are in little danger from most animals that share their woodland homes, but they are often eaten by more monstrous beings. As such, they stay hidden much of the time. Their underground communities are so skillfully camouflaged as to be effectively invisible, and they will watch travelers for long periods of time before they decide if they should reveal themselves or not. They are typically quite friendly to gnomes and druids, as they trust them both to be respectful to their forest homes. When they do choose to introduce show themselves, hurgeons have friendly and inoffensive personalities that make them easy to get along with.

Crafters. Hurgeon wear clothing made of “plant-leather”, which is made of specially-treated leaves and bark and is as tough as regular leather while still feeling like soft new leaves and smelling like flowers. Goods made from their leather is in high demand among pixies and sprites, and even among larger folk—although they rarely are able to make enough plant-leather to suit the needs of creatures much bigger than themselves.

Legends and Lore
With a Culture or Nature check, the characters can learn the following:

DC 10. These tiny hedgehog-folk live in hidden settlements deep within forests. They rarely show themselves to other creatures.

DC 15. Hurgeons are known for making a high-quality material that is similar to leather out of bark and leaves. This plant-leather is in high demand by many woodland-dwelling cultures.

DC 20. Hurgeons often engage in special dancing rituals. Their actions tramp down the plant life in a circle and may form faerie rings (as per the exploration hazard).

Signs
1. With a DC 20 Perception or Investigation roll, a tiny door set into the roots of a large tree.
2. A sad fox with a muzzle filled with hedgehog spikes; with a DC 15 Medicine roll, there’s evidence of tiny weapon wounds as well.
3. An abandoned plant-leather bag filled with nuts.
4. The sound of flute music; somewhere nearby, a hurgeon is playing an instrument.

Behavior
1-3. Watching the party from the undergrowth; it requires a DC 16 Perception check to spot them.
4. Gathering berries.
5. Guarding the doorway to their community.
6. Hunting a giant centipede.

Proficiency +2
Maneuver DC 11
Skills Nature +3, Perception +3, Stealth +3 (+1d6)
Senses passive Perception 13
Languages Hurgeon and one of Common, Elvish, Gnomish, or Sylvan
Fey Heritage. The burgeon has a d4 expertise die on saving throws against being charmed.
Friend to Beasts. Beasts have disadvantage on attack rolls made against the hurgeon.
Keen Smell. The hurgeon has advantage on Perception checks that rely on smell.
Prickleback. At the start of each of its turns, the hurgeon deals 1 piercing damage to any creature grappling it.
Trackless. The hurgeon leaves no footprints or other evidence of passing as it moves.

Bonus Actions
Underbrush Hider. While in an environment with plants, rocks, or other ground cover, the hurgeon takes the Hide action.

Combat
Against a Small or larger creature, the hurgeon always begins the combat from hiding and tries to continue doing so for as long as possible. Hurgeon guards are willing to fight toe-to-toe if the safety of the community is at stake, but will retreat upon being injured.

Variant: Hurgeon Druid
Some hurgeons have a strong connection with the wilderness and, as a result, develop some druidic abilities. Nearly every large hurgeon community will have at least one druid in it. Hurgeon druids are CR 1/4 (50 XP), have 14 (4d4+4; bloodied 7) hit points, have Wisdom 16 (+3), speak Druidic, get a +d6 expertise die in Nature, are proficient in Survival, and have the following trait:

Spellcasting. The hurgeon druid is a 4th-level spellcaster. Its spellcasting ability is Wisdom (spell save DC 13, +3 to hit with spell attacks):

The druid also has the following action:

Shapeshift. The hurgeon magically changes its form into an owl (speed 5 ft., fly 60 ft.) or back into its true form. Its statistics are the same in each form, but it can’t speak or cast spells in owl form. Any equipment it is wearing or wielding merges into its new form. It reverts to its true form if it dies.

Variant: Hurgeon Guard
A few of the bigger and tougher hurgeons become guards for their community. Hurgeon guards are CR 1/4 (50 XP), wear plant-leather brigandine armor, giving them AC 14, have 14 (4d4+4; bloodied 7) hit points, Strength 6 (-2), and have the following trait:

Brave. The guard has advantage on saving throws against being frightened.

The guard also has the following actions: