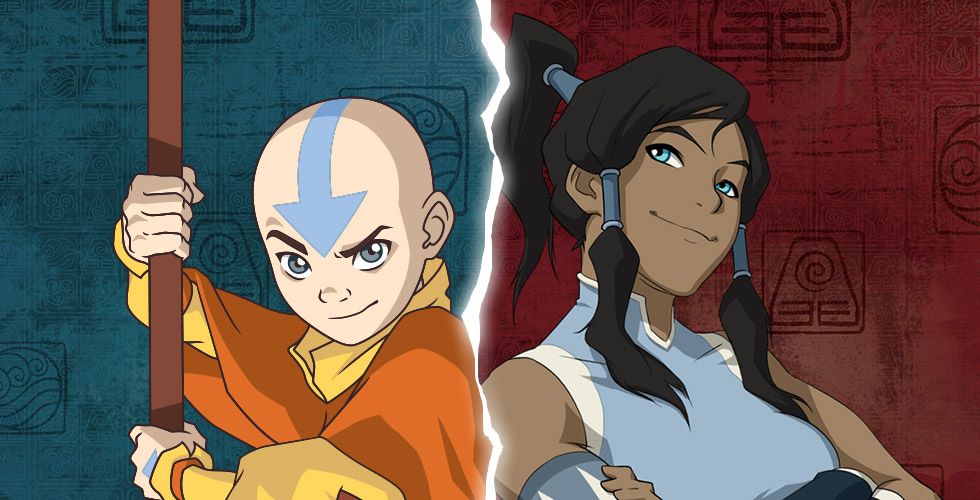 Magpie Games set tongues wagging earlier this year when they announced they had secured the rights to create a role-playing game based on the animated TV shows Avatar: The Last Airbender and The Legend of Korra. These shows, heavily influenced by anime, Asian and Indigineous cultures, are beloved by fantasy fans around the world and the setting seems like a good way to interest people in RPGs who might not be interested in Dungeons & Dragons. Magpie released a Quickstart in advance of the pending Kickstarter due to that started on August 3rd. I signed up for the email to download the Avatar Legends: The RPG Quickstart and put my impressions down here. Not only does the game seem to do a good job of recreating the feel of the setting but it also continues Magpie Games’ notion to push the Powered By The Apocalypse rules set in interesting directions.

Much like their hit Masks: A New Generation, the playbooks for Avatar Legends: The RPG center more on personality archetypes. There’s not a Waterbender class, for example; the six playbooks featured are The Bold, The Guardian, The Hammer, The Icon, The Idealist and The Successor. Bending is, for the most part, handled as narrative permission since the benders in the show rarely seem to need to make a bending roll to do something. This also puts characters on part with those who can’t bend and who rely on regular weapons or the steampunk technological elements in the setting. Each playbook is centered around a balance between two concepts. The Bold, for example, is caught between Loyalty and Confidence. Leaning too far towards one side can make things easier for characters if they play into the imbalance, but can cause problems if they need to do something using the lesser virtue. The Bold in this example might be able to use their confidence as a better roll when taking down a room full of bad guys, but comforting one of their friends will prove to be harder. The Balance mechanic reminds me of a merger of the Identities from Masks and the virtues from Pendragon in that they define a character's decisions while also shifting during play.

There’s also a bit more detail given to combat, given that nearly every main character in the show is a capable martial artist. Combat rounds are handled in exchanges where players secretly choose one of three approaches; defend, attack and observe. Once these are revealed, they are resolved in the same order, with players spending fatigue to activate certain techniques. Each of the three approaches has multiple moves available, allowing combatants to shift their strategy somewhat based on what’s going down in the fight. Not only that, but the observe set of actions offer a bit of social combat as these fights are just as much about persuading someone as they are as bloodying a nose. Once fatigue is maxed out, characters start taking conditions in the same style as seen in more recent PbtA designs.

Tables also set out to define the scope of their campaign during the first session. There are five distinct eras called out in the book, ranging from a prequel during Avatar Kyoshi’s reign to a look at the world after the reign of Avatar Korra. By being set during one of these official periods, that means that a PC is not going to officially be the Avatar, but that’s something any table will likely ignore if they want to mess with canon. Players also choose the scope of their game, deciding if it's going to be centered on a single location or something that explores the entire setting. Finally, they set up an inciting incident that shows how the group came together. Even in this shortened form, it’s an interesting way to put together a game for a pre-existing setting within the confines of PbtA games.

The Quickstart ends with a short adventure where the PCs must escape a Fire Nation stronghold with a forbidden scroll and escort a Fire Sage that’s had a change of heart to safety. The adventure can be run with pre-generated characters included or ones made with a small character creation demo. The adventure is set up as a ticking clock scenario with flexible scenes rather than a linear path. I like this setup for PbtA games and hope they consider scenarios structured this way, perhaps as a stretch goal.

Avatar Legends: The RPG is now Kickstarting with a projected release in Q1 of 2022.

The game looks very good, but I think the most impressive feat that this game has achieved has to be the fact that it came out of nowhere and became the biggest project on KS to this day

Official RPG for Avatar: The Last Airbender and The Legend of Korra announced
2 3

Some concerns about the Avatar: Legends RPG