Adventures in Rokugan is Edge Studios' official 5E version of Legend of the Five Rings, announced last year. Legend of the Five Rings is an East Asian inspired setting which goes all the way back to the 1990s, and was purchased by Fantasy Flight Games in 2018, before being moved over to FFG's sister company, Edge Studios in 2020 (which has taken over all the TTRPG operations from FFG, including Star Wars).


Adventures in Rokugan brings the famous setting of Legend of the Five Rings to the ever-popular ruleset of the 5th Edition SRD. Players can explore this rich setting in a whole new light, and the familiar rules promise to engage an entirely new audience of roleplaying fans. Alongside a new focus on roleplaying activities such as dungeon delving and monster hunting, Adventures in Rokugan promises to provide something for all fans of Rokugan. 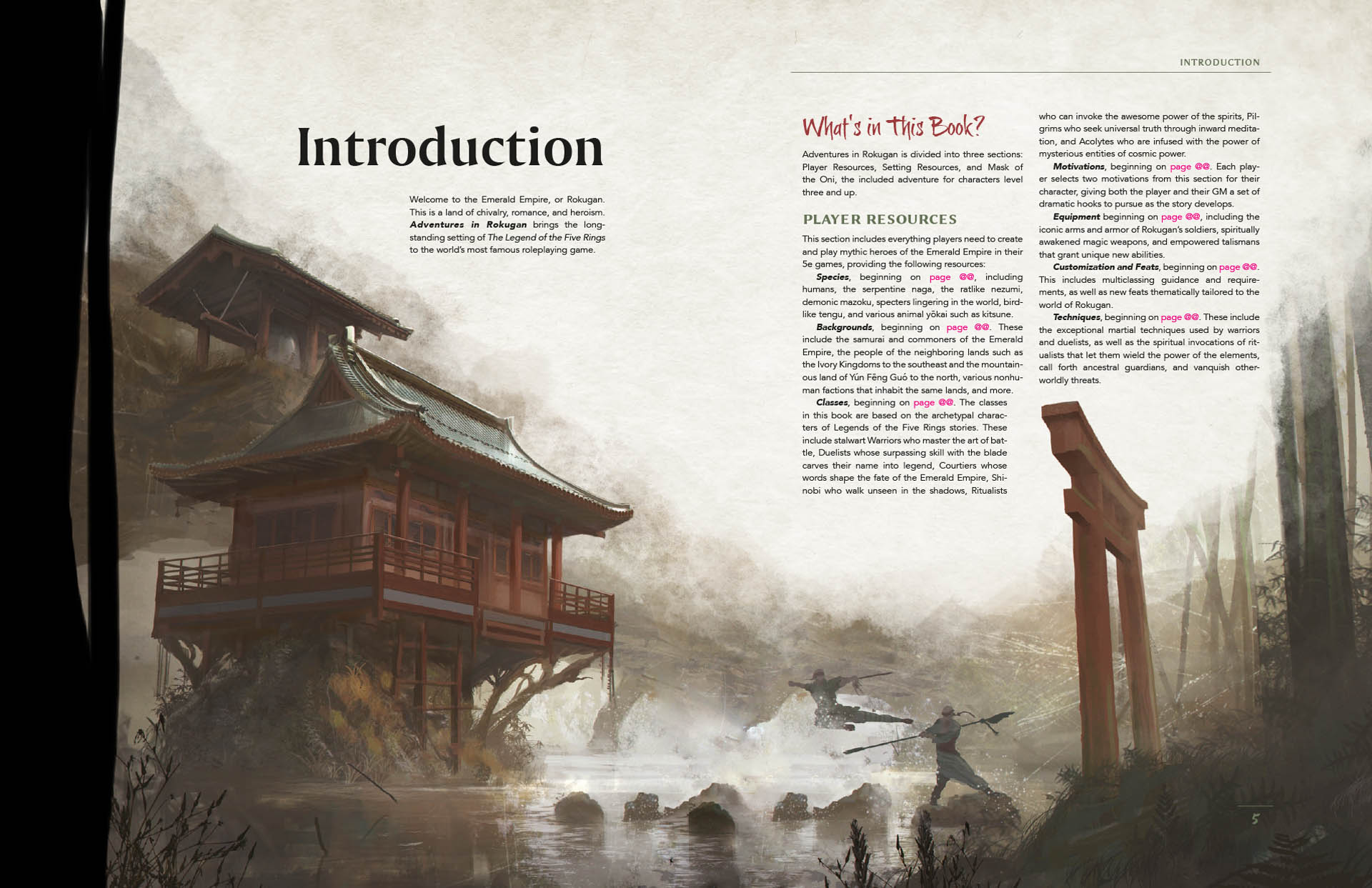 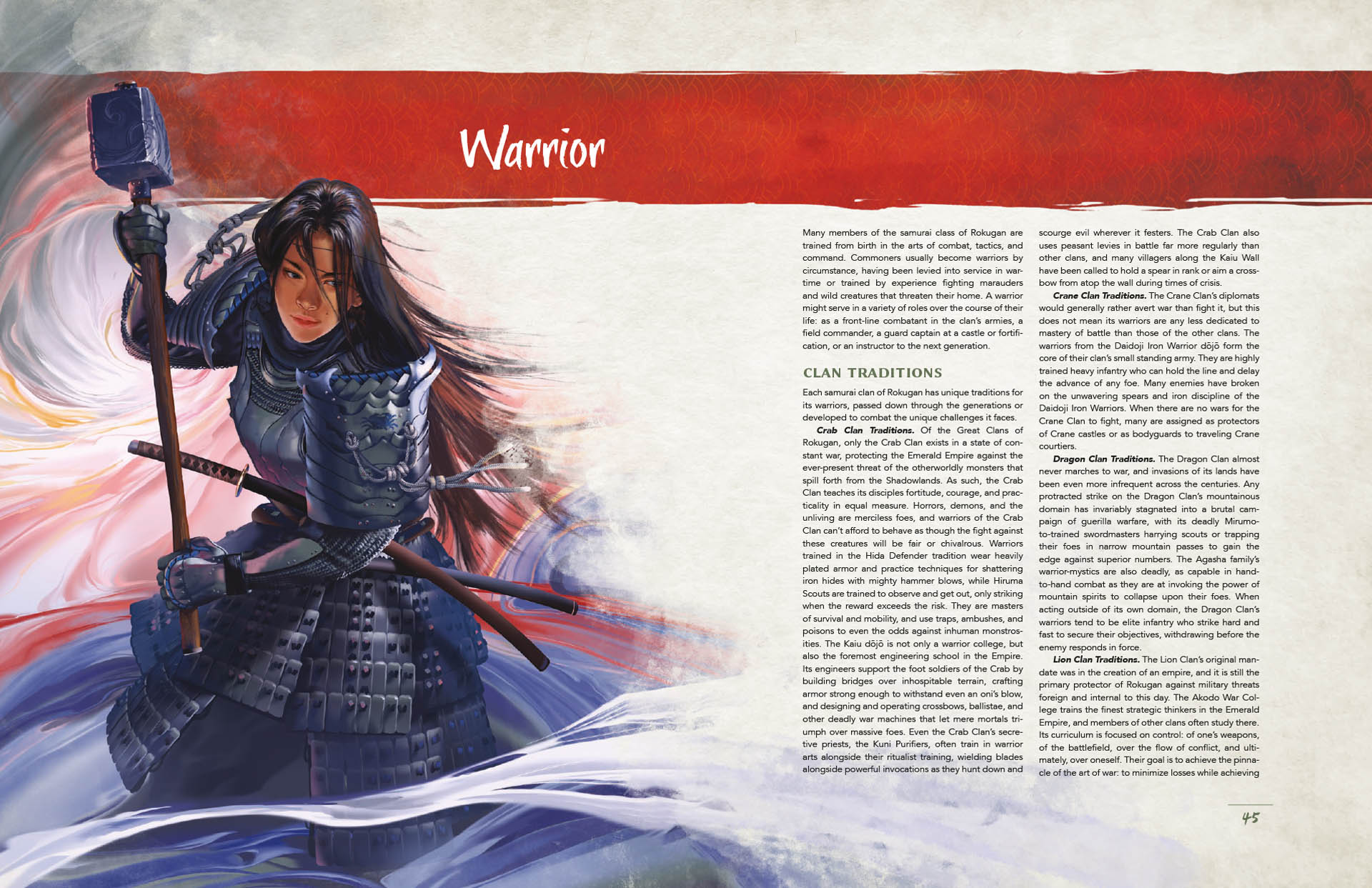 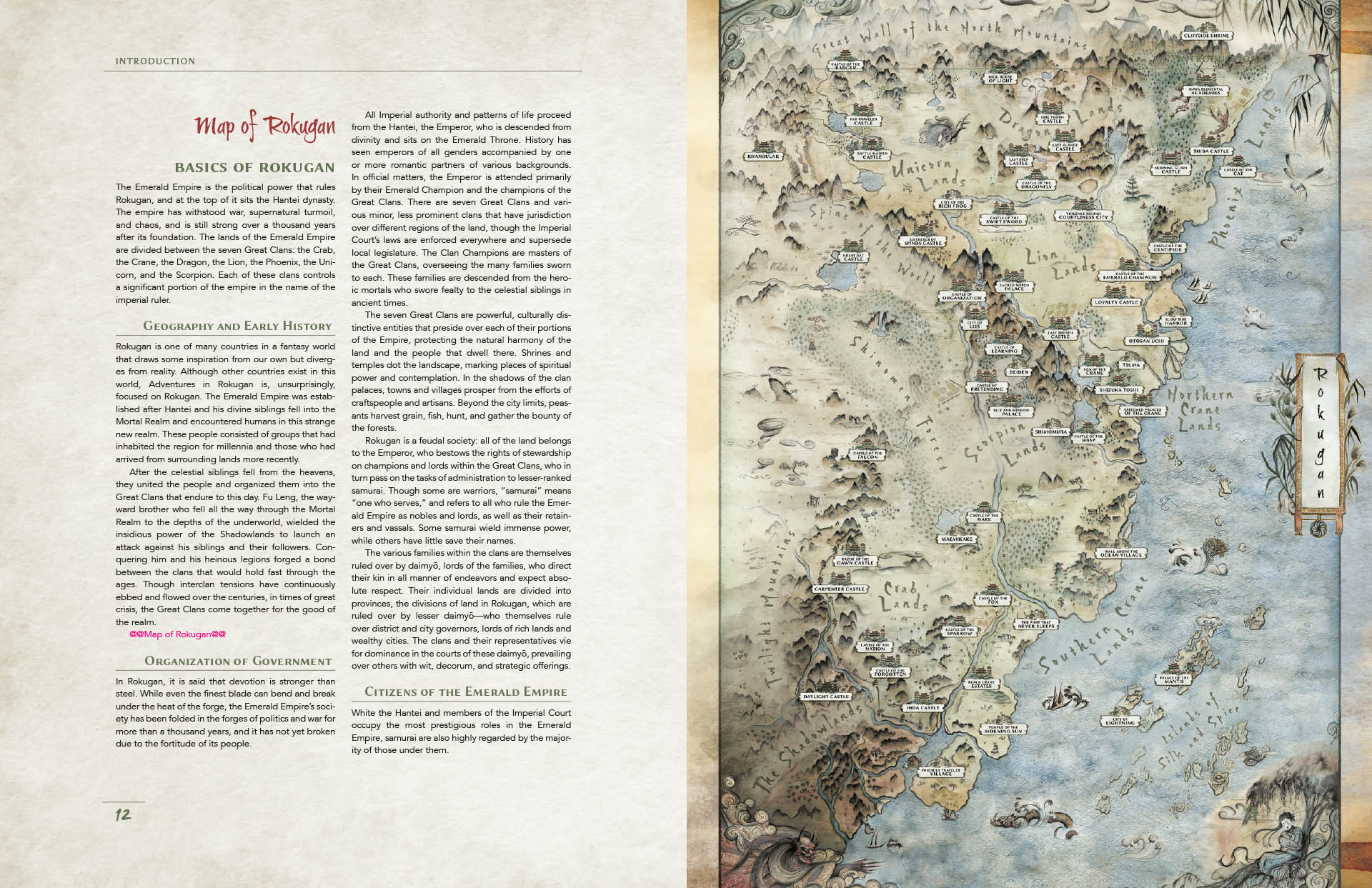 GreyLord said:
So, I know we have the D&D monsters in the MM, but there are very few foes listed in the Back of the Book.

Does anyone know if they are going to come out with more enemies or such in another book, or if there is a source I can get more Enemies for parties to battle than what is found in the back of the book?

Mobius Worlds Publishing has a series of "Beasts from the East" 5e monster books with stats and descriptions for monsters from Japanese, Chinese, and Indian folklore. The Japanese ones would probably be the most applicable but each would have things that fit in well. There are shadow appropriate monsters from each regions' monsters.