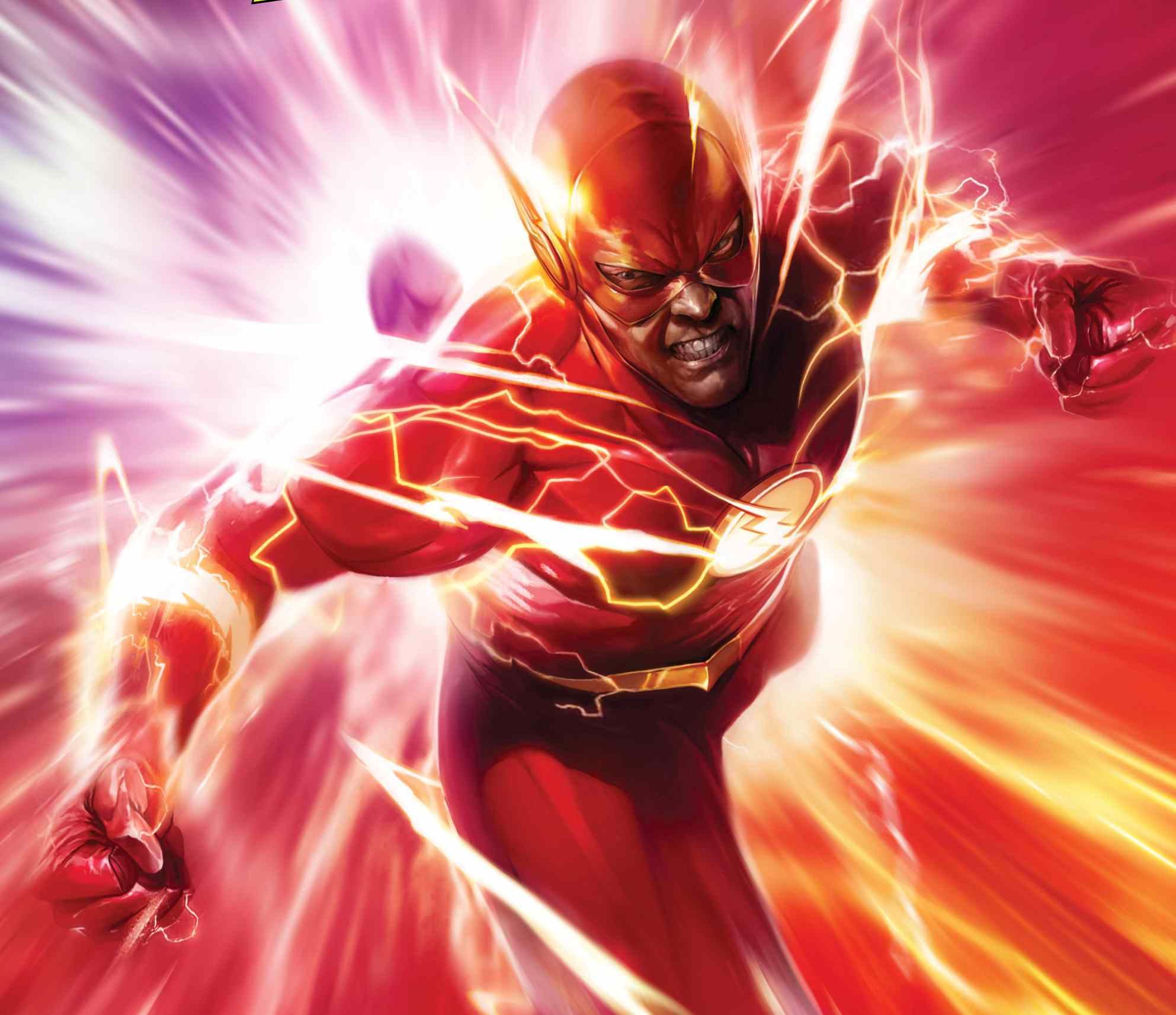 Barry or Wally? I grew up in the Wally era but always admired Silver Age Flash

I also grew up in the Wally era but went back to the Barry Allen and Jay Garrick comics when I could. I love the show on CW, though life has me behind a season. He's been my fav since I can remember. He's also arguably one of the most powerful superheroes in comics. Really, the only thing limiting the Flash is himself. He holds back because of fear for what he could do. Just look at the arc where he (Wally) lost his powers and got them back after recreating the accident that gave them to him and his "test run" cut a trench miles wide across the United States before he realized it and tried to stop making a crater that a nuclear bomb would be envious of.

Morpheus (Sandman) or maybe his sister Death. Those were some fun comic books and graphic novels and I hope the TV series that is under production works out.

Only heroish at times....but my favorite superheroic character has been Spiral.

BookBarbarian said:
Man Winter Soldier might be my favorite. "the government is always watching and could at any time use sudden an horrible violence on it's own population" is a theme that struck a chord with me.

I've always felt that Captain America was at his best when the ideals he stood for were at odds with the government of the very country that is in his moniker. But I can easily see why that would not be of interest to me if I hadn't been raised to pledge allegiance to the flag of the USofA.

As a Canadian I always found Captain America compelling. He was the same skinny weakling kid who got picked on, but had a moral compass, that I was. He became powerful, but didn't lose that moral compass.

When he became Nomad? Not so much.

Oh he's so miserable all the time! He was fun and lighthearted in s1, but five years later it's just been years of him moping constantly.

Morrus said:
Oh he's so miserable all the time! He was fun and lighthearted in s1, but five years later it's just been years of him moping constantly.
Click to expand...

Yeah absolutely, I stopped watching the CW Flash precisely because he was such a mopey whiner, it just got dumb

Morrus said:
Oh he's so miserable all the time! He was fun and lighthearted in s1, but five years later it's just been years of him moping constantly.
Click to expand...

Let’s be honest. Arrow has the brooding miserable sense of self top award.

cmad1977 said:
I feel like, despite having tons of screen time, Cap has the shallowest character arc of all the characters.
Click to expand...

It's not shallow. It's way too emotion-laden for that. It's direct and without a lot of weird potential branches.

Morrus said:
His rogues' gallery is by far the best in comic-books.
Click to expand...

It's iconic, but is that because of exposure in many different shows and movies? I think the X-Men's rogues gallery competes very well - Hellfire Club members, Brotherhood of Evil Mutants (2 varieties), Magneto, Proteus, Black Tom and Juggernaut, Arcade, Shi'ar Imperial Guard - some pretty awesome stuff.

Depending on the day, it's one of Daredevil, Wonder Woman, or Cassandra Cain as Batgirl.

I ticked "Spider-Man". But really, we have an embarrassment of riches in the 21st century. I loved both Daredevil and Jessica Jones on TV. Captain America in Winter Soldier and Civil War. Will Smith's Hancock. And so on...

Spiderman is the best, hands down. No room to debate here, he's the best.
(Obviously joking here, calm yourselves down)

Marvel comics Thor gets my vote for best superhero.

Snarf Zagyg said:
There are worse things. Did I mention the whole ... attractive part? I mean, in all the multiverse, with all the Earths, it's funny how all them have drop-dead gorgeous people everywhere and every location on every earth strangely resembles Vancouver.
Click to expand...

Not "regular comics"...I'm talking DOOMGUY, from the video game series DOOM. A guy who was a marine, just doing his thing, keeping to himself, reading, tinkering with stuff in the 'garage', playing electric guitar, playing video games, armature photography, and taking care of Daisy (Daisy is...was...his pet rabbit). Then, one day at work, just chilling at his post...BoOM!! Demon invasion and zombies from Hell. So...he grabs his shotgun and gets to work. Finishes off the Spider Mastermind and uses the hell-gate-portal to return home....only to find his beloved home destroyed, and the severed head of Daisy on a stick. He absolutely LOOSES IT! Demons took everything from him. He was just a guy, minding his own business and enjoying his meager life. But noooo....demons from hell had to come and screw it all up. Then they made the fatal mistake of killing Daisy!
...
Well, how's the last 24 years been working out for ya, Demons from Hell?

The DOOM Marine. Ultimate hero. Kinda like John Wick, but in stead of a dog, it was a bunny. And, as much as I love John Wick...DOOMGUY did it first and best!

PS: Yeah, I know they kinda sorta 'reworked' his history in DOOM Eternal (the whole Sentinels and Makyr thing...), but I like to reinterpret it to be more of a twisted 'time-shifting-alternate-dimension-overlap'; He is 'just a dude from earth', but he did so much damage to Hell, and was exposed to so many dimensional energies and such that he sort of got 'overlapped' with other versions of himself from other timelines. I just think a guy taking it to Hell because they killed his pet bunny rabbit is INFINITELY more relatable than some 'super-serum-soldire-created-by-aliens'...so I'm going with my version.

Staff member
Flash and The Vision have held special places in my heart as well.

Supporter
Gotta say, Jessica Jones is near the top of the list. Aren't many people who know firsthand what a fate worse than death looks like, and fewer still who would knowingly risk falling into one to pull a stranger out of it.