If you've ever wanted to play 'Die Hard' on a spaceship, you're in luck! Coming soon to Kickstarter (in the form of a short, one-week Quickstarter!) is SolSpace: The Spartan Gambit!


The Spartan Gambit takes place on the huge Endeavour Mk I Class XI Cruiser, USF Copernicus, when a raiding party from the Spartan ship Maelstrom takes control of the ship. Their plan is interrupted when the PCs return from an away mission to find their starship occupied! Can they defeat the Spartans before the villains break into the bridge?

Click on the link below to be notified when the campaign launches. It's only a week long, so be careful not to miss it! 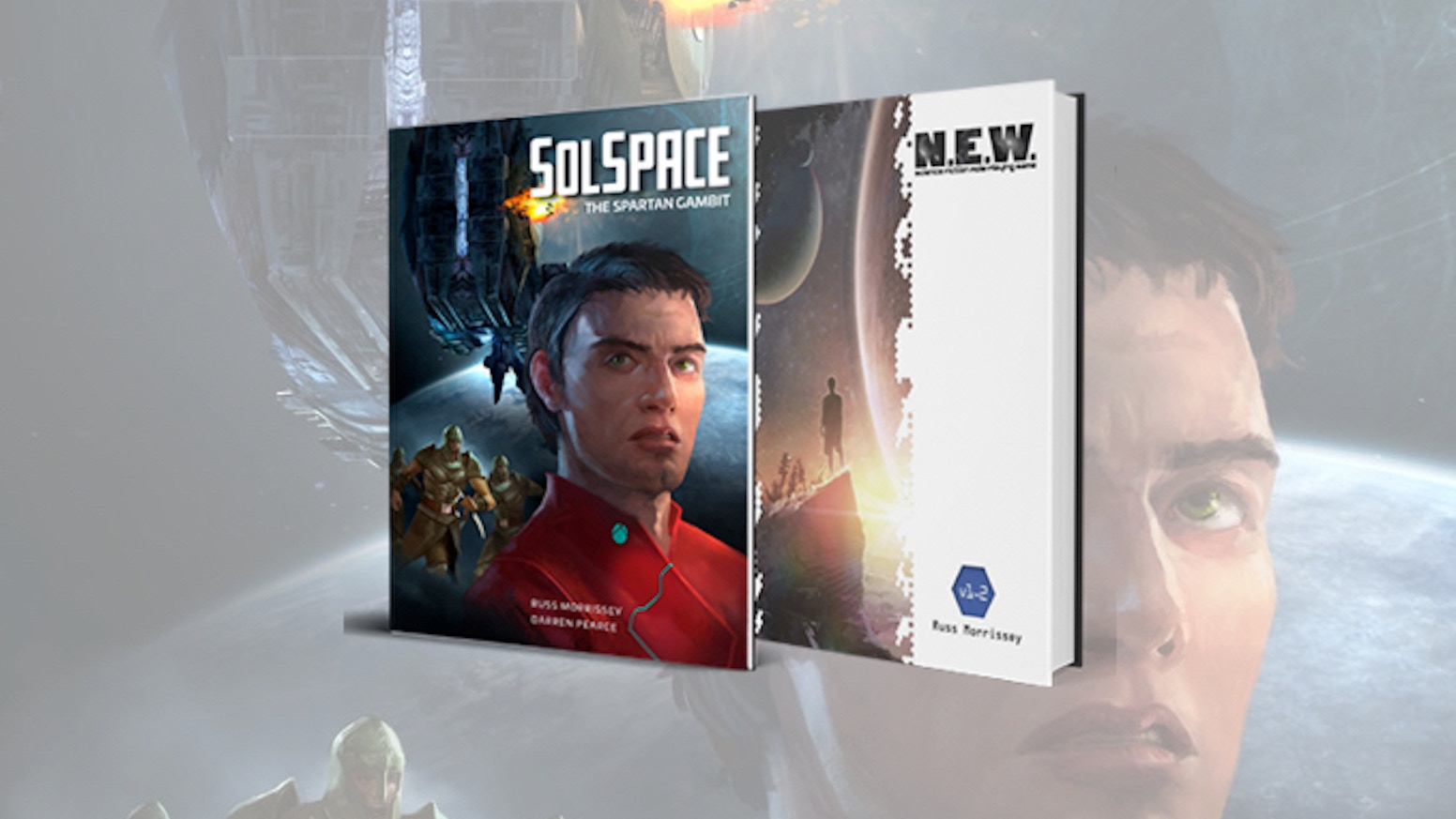 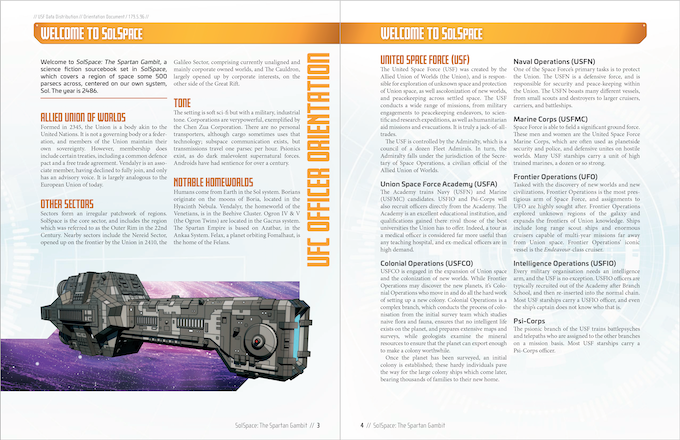 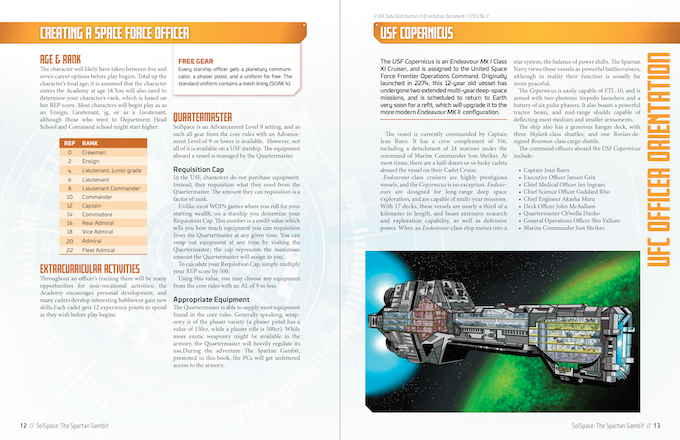 This full-colour softcover book contains:
This adventure/sourcebook requires the WOIN-powered N.E.W. Science Fiction core rules. If you have these, you can buy the adventure on its own; if you don't, you can also grab the core rules and other SolSpace supplements during the Kickstarter.

In SolSpace: The Spartan Gambit we've mapped an entire starship -- from the main bridge to engineering, from the messhall to sick bay. Your characters will explore nearly 50 decks, including the cargo bay, hangar deck, crew quarters, science labs, detection block, even an arboretum and hydroponics deck! The maps are in the book itself, but we'll also provide you with a map pack of the bare images for printing or use on a virtual tabletop.