WotC Could D&D Rights Be Stripped From WotC?

The Oct 2 issue of the Hollywood reporter has reported that several copyright termination notices have been served on several franchises including Terminator.

How do they do this if the rights have been sold? The intent of the law is to mitigate the power disparity between an author and a corporation. 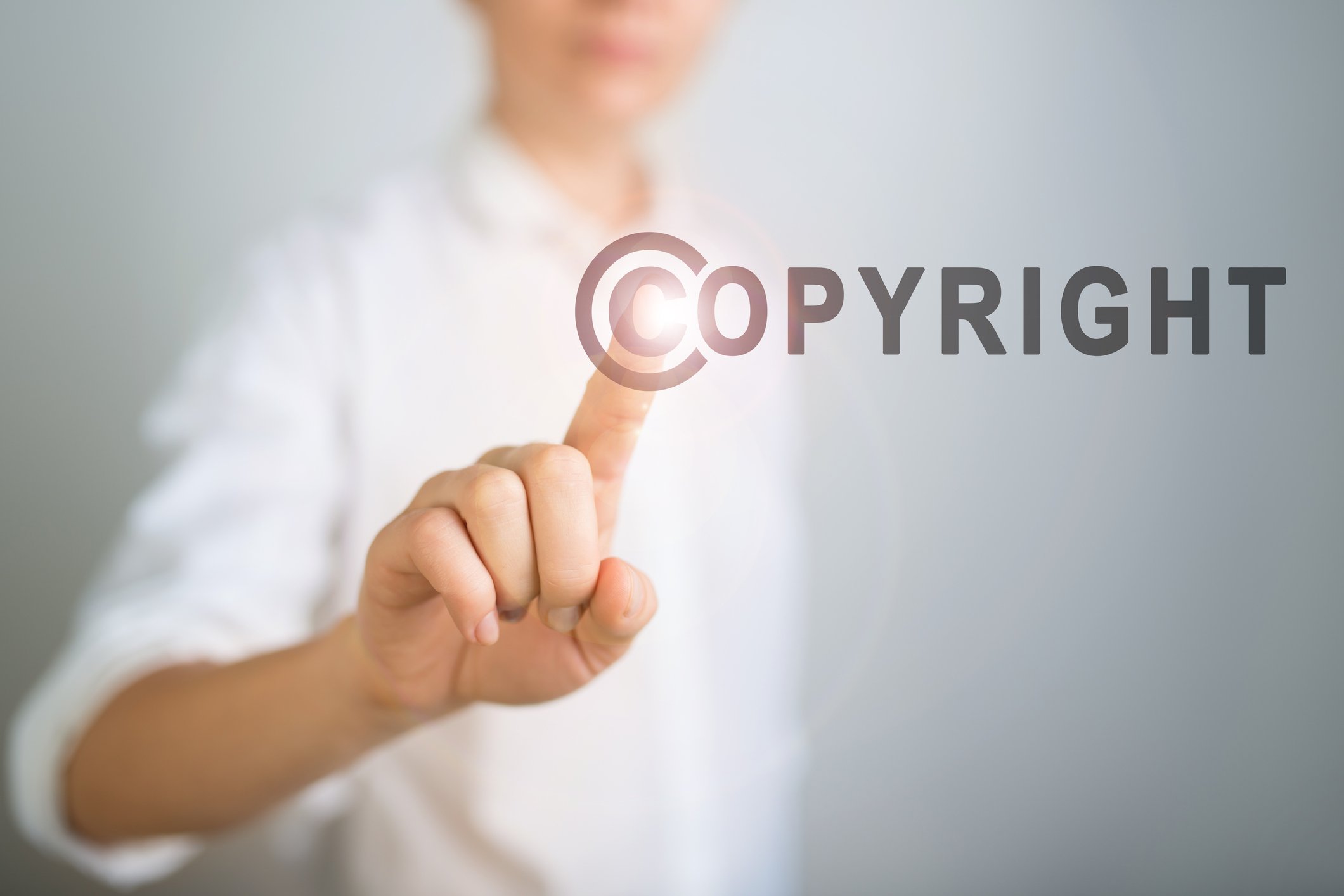 Ultimately, termination of transfer is a useful tool.

Basically authors can argue that they got ripped off by corporations that took advantage of them due to power disparities.

This was quite bad in the 50s and 60s with rights to songs signed away.

So how does this apply to D&D? As a few people here the rights to D&D have been problematic for decades dating back to the Blumes in the 70s and Gygaxs ouster in 1985.

As late as after TSR went under WotC made some sort of deal with Arnesen and Gygax over the D&D Rights.

Notice the 35 year requirement of the above law. After 35 years the original authors can apply. This was written in regards to music but it looks like there is going to be cases over movies and idk but perhaps books as well.

Now the original authors are dead. However reading that link I provided their estates can invoke it and AFAIK that means Gail Gygax.

Now this is purely hypothetical and it's probably not a good idea for D&D but morally and legally there has always been a vibe of Gary got ripped off.

WotC isn't a villain here either, they picked up the pieces after TSR collapse but they got bought out by Hasbro.

Gary did get screwed in some ways IMHO. Gail would be a terrible custodian and I'm not sure if you could even make an arguement. But if it works for movies you can argue it can be applied to books. The link above seems to imply it can be used.

Personally I'm not a fan of corporations being able to exploit copyrights for decades after an inventors death. Disney Corporation didn't invent Mickey Mouse, Walt Disney did.

IDK if Arnesen has an estate either.

One thing to keep in mind is that most law still involves a "reasonable person" clause. A judge is going to take into account that TSR was actually terrible at doing what it was doing, and Gary Gygax to a degree did a lot of the damage to himself.

Also, D&D isn't actually able to be copyrighted as such. A specific book has copyright, but the idea of the name itself and brand actually can't be. Those can be trademarked, but that's different. The reason it works for a song, or a bunch of songs, is because each song is a separate creative endeavor.

I'd have to read the Copyright Act to be sure, and I'm not going to, but I'm pretty sure D&D is not going anywhere.

The matter is about if an IP is created by only a author or by a group. And a character from a "one-shot" work can't be like the one from a saga.

And today many producers would rather to start from zero than the risk of annoying fans with the retcon or reboot of a old franchise.

If WotC would the rights they could start again with another name, for example "Endless Quest" (and D&D is copyright by WotC/Hasbro). And who would buy titles by the new owner of the copyright? The industry has showed lots of examples about a famous name isn't enough, but the prestige of a franchise or IP is based in the work of the titles. There are games of Sonic the hedgehog what are forgotten, but Freedom Planet, his "spiritual successor" has got a sequel.

A Spiritual Successor is a type of sequel that is not part of the same world or story as its predecessor, but is nonetheless considered to be a successor because it shares common themes, styles, and elements, and may even be made by the same …

If a movie studio or TTRPG publisher loses some copyright, they could create a new "spiritual successor". The videogame warcraft started as a Sp. Scc. of a cancelled project of a Warhammer Fantasy RTS. Angela, Thor's sister in Marvel Comics is the Sp. Scc of a character from Spawn comics.

And today TTRPGs are like obsolete software. If I recover the copyright of a videogame from 35 years ago, now it is useless in the market. Today there are retroclones of D&D and we don't need a reprint of the original titles but we are collectors.

Staff member
It’s been released under the OGL more than once. Even if in some bizarre unlikely series of events somebody managed to convince a court that they had more right to the trademark than Hasbro has, the game would continue.

Morrus said:
It’s been released under the OGL more than once. Even if in some bizarre unlikely series of events somebody managed to convince a court that they had more right to the trademark than Hasbro has, the game would continue.
Click to expand...

I suspect that someone might be more inclined to try to strip copyright for a campaign setting than the game as a whole - Dragonlance, Greyhawk, or the Forgotten Realms.

That would be as asking divorce when in the next years the husband is going to become richier. Nobody wants to face against Hasbro's lawyers when you know they can buy a company as WotC, and this then wasn't a little fish. And asking the copyright when a franchise is a now a smash-hit after be rescued from the oblivion is very unpopular among fangs. A name isn't enough, Blade the vampire hunter was a blockbuster trilogy in the cinemas, but only a season as teleserie, and Buffy the vampire slayer all the opposite. Some Disney movies now are forgotten because there were before the rebirth, and after "Beauty & Beast" other studios tried to produce their own cartoon movies but they failed most of times. Where is now Dave Arneson's Blackmoor world?

And if my memory doesn't fail, the copyright is about characters and plot, but not about name of fictional countries or places, or fantasy creatures, but if these are registered as trademark.

I guess to be the owner of the copyright of a setting, you had to have created the whole world without help by more people from the same company.

Count_Zero said:
I suspect that someone might be more inclined to try to strip copyright for a campaign setting than the game as a whole - Dragonlance, Greyhawk, or the Forgotten Realms.
Click to expand...

That being said he is also too nice a guy to actually do it, even if WotC deserves it for discontinuing the novel lines as far as I'm concerned.

Trademarks neuter much of the potential of any copyright reverting to its original owners or entry into the public domain. For example, take Superman. Action Comics #1 should be entering the Public Domain in the near future (I don't recall the date off the top of my head) but that doesn't mean everyone and anyone can create Superman comics. Superman is a trademark owned by WB and is protected under a different set of laws than the individual copyright on Action Comics #1. Likewise, even if the copyright of the original version of D&D returned to the Gygax and/or Arneson estates, it wouldn't suddenly mean they owned all things D&D.

Now I remember the gazer from the videogames "Dragon's Dogma" and "Dragon's Crown". They are too similar to the famous D&D beholder.

White Wolf could publish Ravenloft for the 3rd Ed, and Dragonlance by Margaret Weis Productions. It is easier to start from zero, pay for other franchise, or offer your work to be hired as subsidiary and then you enjoy the power of the brand.

What? No. This is just as nonsensical as the original post. You cannot reclaim a copyright that never existed in the first place.

"Forgotten Realms" is not a copyrighted work any more than "Dungeons & Dragons" is. Both are trademarks owned by WotC, which WotC slaps on a whole bunch of books and boxed sets and things. Each individual book is a copyrighted work, but they are almost entirely works for hire (thus not eligible, per @lowkey13) and very few of them were written by Greenwood anyway.

Now, Greenwood wrote some FR novels back in the day, and if he did not write them as works for hire, he might be able to reclaim copyright to those specific novels. But "Forgotten Realms," the trademark, belongs to Wizards of the Coast, and so do all the books Wizards of the Coast hired people to write in FR. Greenwood cannot claim any of that.

Morrus said:
It’s been released under the OGL more than once. Even if in some bizarre unlikely series of events somebody managed to convince a court that they had more right to the trademark than Hasbro has, the game would continue.
Click to expand...

I think he's saying it all unravels. Everything.

Which is a really good sign this is not, and never will be, a thing. Courts don't tend to destroy entire industries over "Party X had more power than Party Y while negotiating this contract 50 years ago" type things.

I feel pretty confident the rights were validly transferred, and that even if there was some question about that at the time those questions were resolved long ago, and even if those things didn't happen then Hasbro would just settle the matter with the Gygax estate rather than just letting it all revert back to the Gygax estate.

So I see zero chance this could be an actual thing.

I don't see D&D going anywhere and I suspect the Hollywood things are just a shakedown.

Just thought it was interesting and thought how it would apply.

I don't think the OGL could be revoked if in an unlikely scenario this did happen. AFAIK even if the rights did transfer it wouldn't invalidate anything WotC did since they legally did have the rights at the time.

lowkey13 said:
No. To the extent he's saying this, he's wrong.
Click to expand...

Which is my next sentence? That you cut?

In an extreme case WotC might lose the copyright to some of the early D&D publications they currently own. This would not in any way affect their ownership of the D&D trademark or the copyright of any D&D products published after WotC aquired TSR.

As a side not, it would be quite strange if a court found that TSR had illegaly exploited Gary Gygax back in the 70's, considering that Gygax was running TSR at the time.

lowkey13 said:
No. To the extent he's saying this, he's wrong.

He read an article in the Hollywood Reporter (I linked to it). It's about a very specific provision of copyright law, 17 USC 203 (I quoted the opening above- you can read the whole thing if you want to google it, and it contains my favorite word ... stirpes!) that Congress added in the late 1970s.

lowkey13 said:
Because he's wrong, but for a different reason.
Click to expand...

I didn't give a reason. At least, none of the nature you're using in this context. He's wrong for a variety of reasons. The reason you're giving isn't the only reason he's wrong. Let it go man. This is going to be a silly debate if you want to dig into the nitty gritty of the many reasons he's wrong given we both agree this is not a thing.