A quick announcement - short and sweet! Our first Critical Role column is coming this Friday from Annie Bulloch, who will be covering the show with news, summaries, announcements, and recaps every week. Stay tuned each Friday for Critical Role news and discussion! 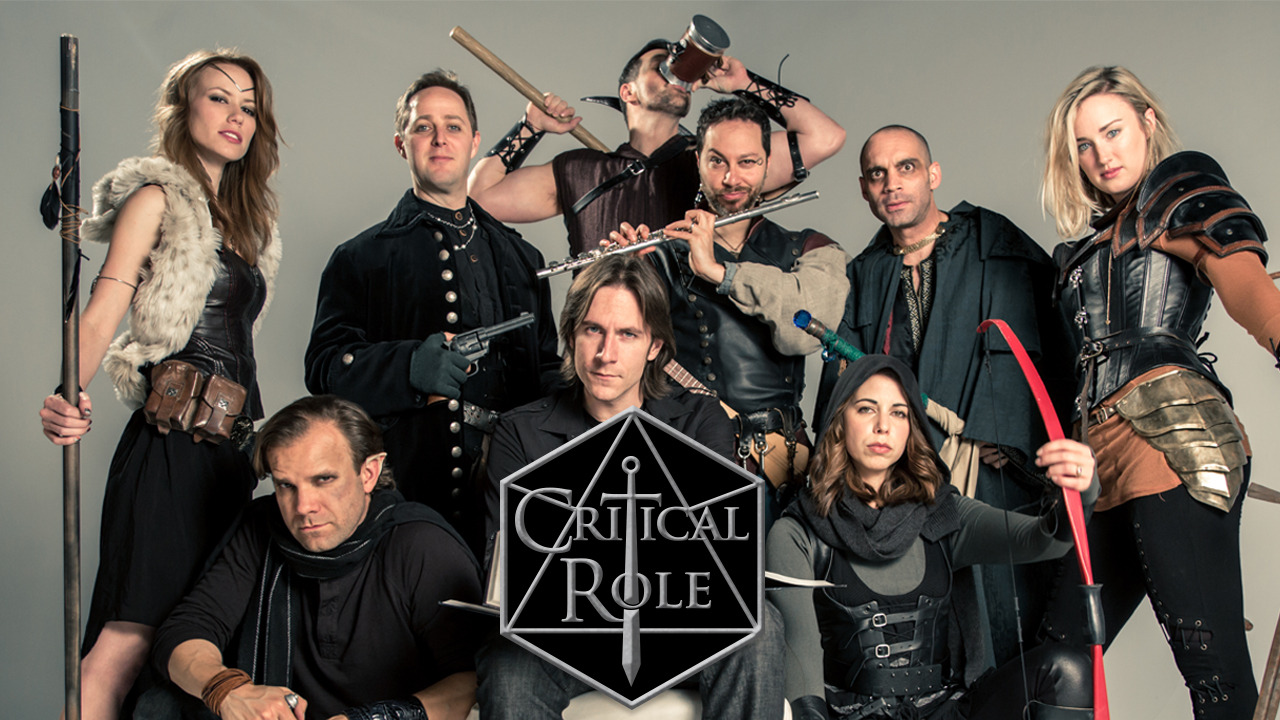 The first column will cover this week's episode, but next week we will take a deeper dive with a season-so-far summary to catch up before returning to the weekly episodes the following week. I can't wait to read Annie's first column this week!

The show streams live on Thursdays at 7pm US Pacific Time on Twitch.

What's Critical Role? We'll let the mighty Geek & Sundry tell you: "Voice actor Matthew Mercer leads a group of fellow voice actors on epic Dungeons & Dragons campaigns. These familiar voices bring the audience into the full experience of D&D, allowing imaginations to soar as the characters embark on adventures. This is Critical Role!"

Streaming tabletop games is big these days, and Critical Role is the biggest of them all, packing out large theatres for their live episodes and drawing hundreds of thousands of viewers online.

More about our new writer, in her own words: "Annie Bulloch is a freelance writer, a Critter, and co-owner of 8th Dimension Comics & Games in Houston, Texas. She plays D&D and DMs a weekly game for an adult group and another for a group of players ages 7-14. Critical Role Roundup will be a weekly summary of the happenings and highlights of the latest episode of Critical Role, plus a roundup of news and announcements related to the show."
Click to expand...

Critical Role is rebroadcast after it ends, again on Friday, again after Gather Your Party ends and a couple of times during the weekend.

Awesome! Very much looking forward to this.

I'm one of the people who use the Amazon/Twitch Prime free subscribe to watch the show. I can't stay up late enough to watch the show live, but I can watch it the next day or over the weekend through the archive video on the Twitch Geek & Sundry channel, rather than waiting until Monday.

I look forward to the round up

Satyrn said:
It wasn't just the angle - look where the gunslinger's finger is!


Yeah. That gun is not following safe gun practices.

AriochQ said:
They mentioned last week that if you have Amazon Prime, you get one free subscription on Twitch, which apparently allows you to watch the stream prior to the Monday evening release (if you missed the live Thursday version). Still hard to get a 4 hour block, but I have managed to fit in a little time each night to watch a portion of the most recent episode and have managed to keep current on season 2 so far.
Click to expand...


Correct. Twitch VODs go up immediately (as usual). It also has the advantage that you can watch at increased speed (I watched most of campaign 1 at 1.25x); which slightly decreases the massive time commitment that a weekly 4 hour show is.

This sounds awesome! I don't have enough time anymore to watch weekly 4-hour episode, despite how amazing they are, and this roundup will be a welcome addition. Thanks!