Today's EN5ider post is a sidequest by Charlie Brooks where the PCs learn a dangerous secret about the small, remote hamlet of Velsburg as they go about saving its citizens from a bloodthirsty serial killer. If you're looking for a quick excursion for 4-5 PCs of 5th level (or thereabouts) that will compel the table to make a tough decision at its end then read onward! 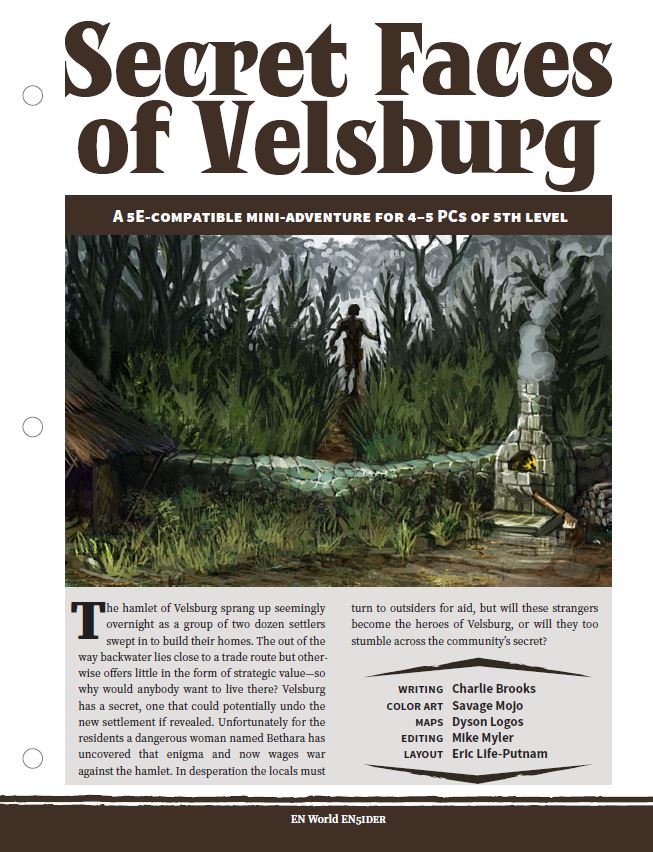