Winter has taken hold and EN5ider hasn't escaped the season's chill—a Spirit of Winter is haunting us with a very cool new supplemental mini-adventure! 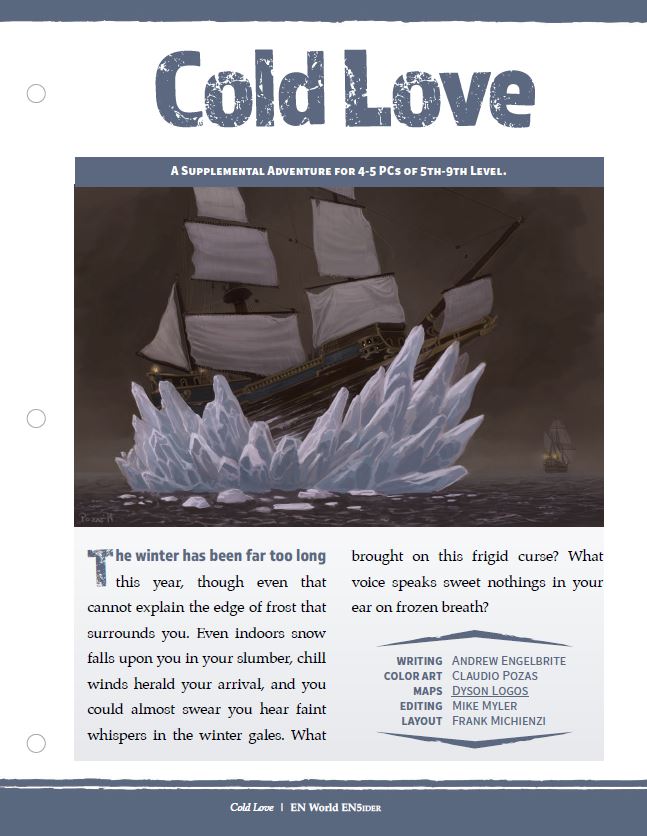