Keeping a medieval city clean is not an easily handled matter or one to be ignored—and that's where the Gutter Guild comes in, cleaning up sewers by wrangling cubes, jellies, oozes, and puddings through the passages below! 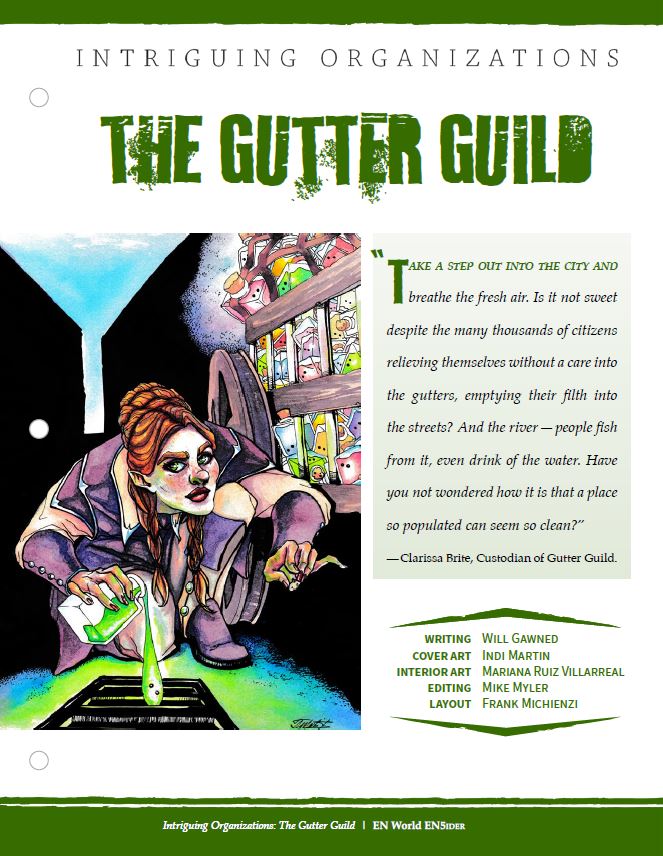 The latest batch of free EN5ider PDFs has reached a total of 13 that now include the first adventure in the ZEITGEIST Adventure Path!
(Part 1 | Part 2 | Part 3)​