The annual day of pranks is fast approaching and EN5ider has an article sure to help with injecting a bit of (likely much needed) levity into your games: 10 prank-oriented enchanted trinkets ranging from a barrel of sea monkeys to friendly joybuzzers, omni-dimensional dribble glasses, talk rocks™, and much more! 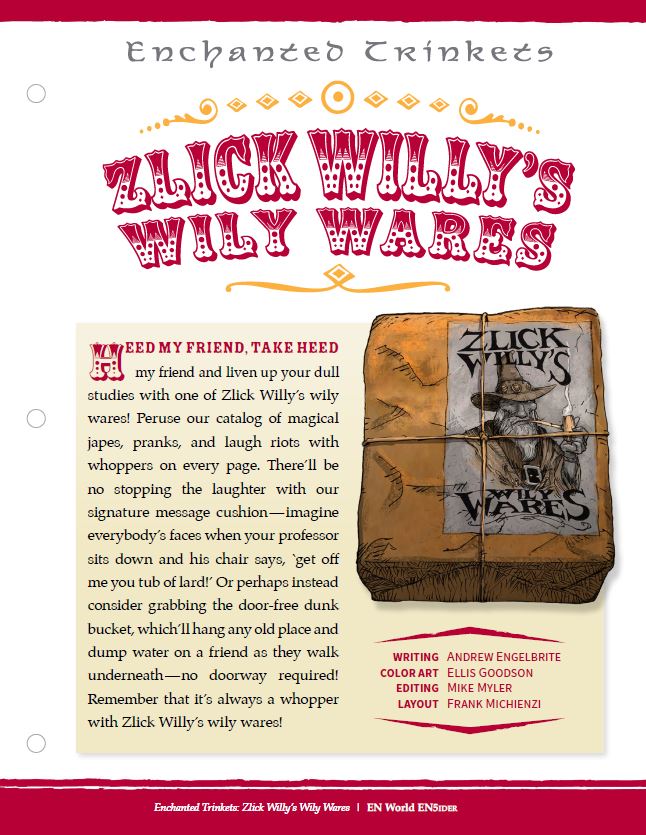 13 Free Articles: Gaze into the wondrous treasures contained within the EN5ider vault.
Join EN5ider for Immediate Archival Access: $1 per new article (5 a month) to get 300+ articles of adventures, spells, classes, and more!​
Lately on EN5ider:


The latest batch of free EN5ider PDFs has reached a total of 13 that now include the first adventure in the ZEITGEIST Adventure Path!
(Part 1 | Part 2 | Part 3)​