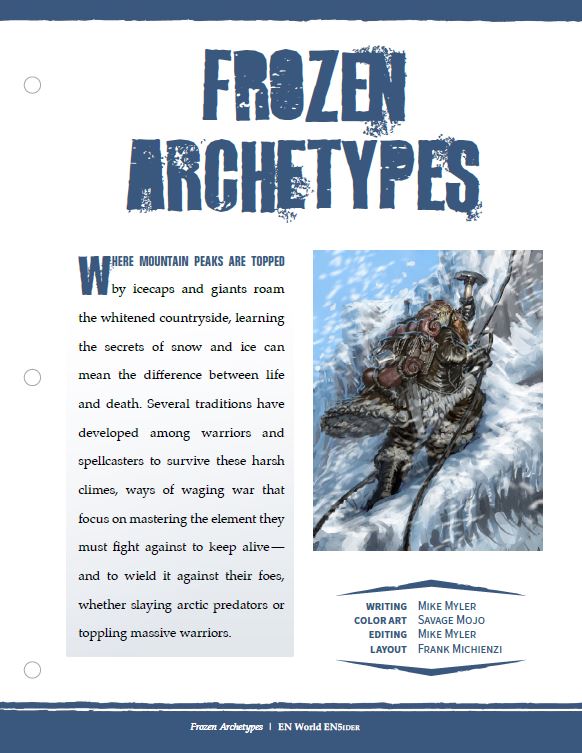 13 Free Articles: We have so much in the archive that some of EN5ider's articles just won't fit in there so they're free!

Join EN5ider for Immediate Archival Access: $1 per new article (5 per month) to get 300+ articles of adventures, spells, classes, and more!