EN5ider is getting downright classy for today's article with a suite of superb symphonic spells penned by one of our best designers. If you or any of your fellow gamers are playing a bard, this entry is a must-have. 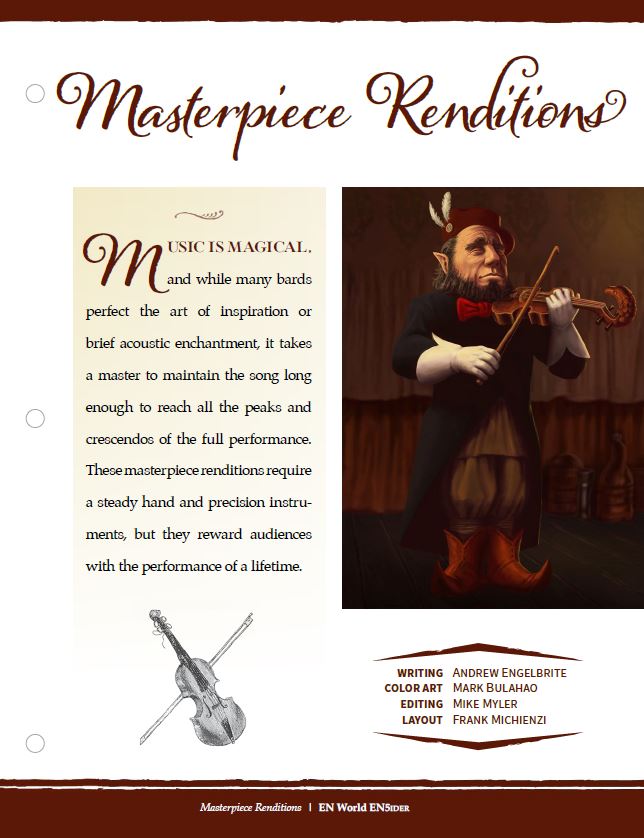 Join EN5ider for Immediate Archival Access: At the cost of $1 per new article we publish (5 per month—so $5 a month) you become a member, and all members get access to the library of 300+ articles!

The latest batch of free EN5ider PDFs has reached a total of 13 that now
include the first adventure in the ZEITGEIST Adventure Path!
(Part 1 | Part 2 | Part 3)​