Tired of casting magic missile and exhausted by the thought of yet another eldritch blast? Has teleportation circle lost its luster? Grit your teeth and overcome your proclivities to dive into EN5ider today as we explore the wonderful spellbook of worms that mortals know as the Writhing Codex! 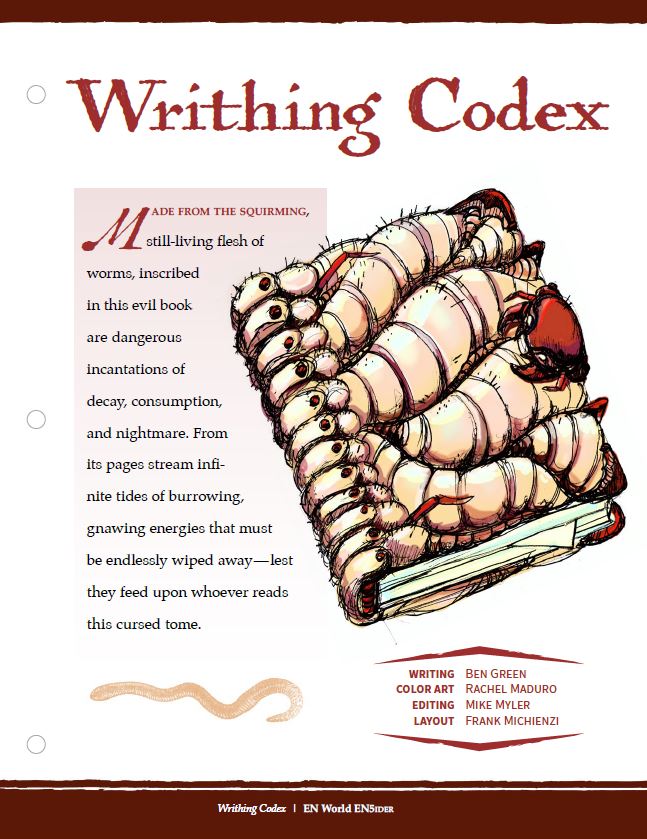 Join EN5ider for Immediate Archival Access: You pay $1 per new article we publish (5 per month—so $5 a month) to become a member, and all members get access to the library of 330+ articles!