No, not the kind you're thinking of—this issue of EN5ider is an awesome supplementary adventure to weave into your existing campaign, not a reason to go to the doctor. 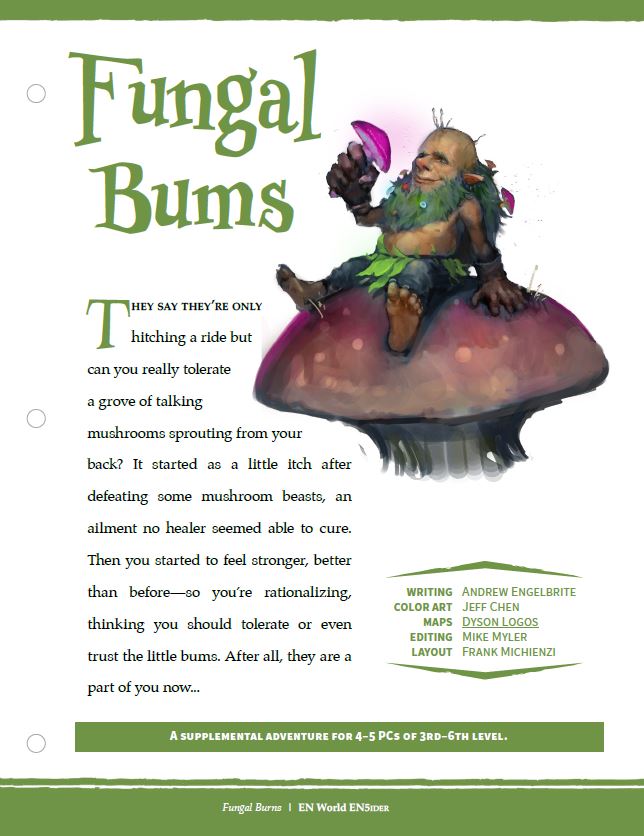 13 Free Articles that include 5 unique adventures, a set of memorable magic items, elemental cleric domains, Syndrathrax the soul-sucking dragon, and 2 full classes: the smart-fighting savant and the element manipulating geomancer!
⚔ Join EN5ider for Immediate Archival Access: Pay $1 per new article we publish (5 per month—so $5 a month) to become a member and get immediate access to the library of 330+ articles at no extra charge!