In this week's EN5ider a group of bandits have overtaken the local silver mine and a noblewoman that keeps rust monsters as pets is buying up all the coin she can—offering a gold piece for each coin offered to her. Nothing strange about that. 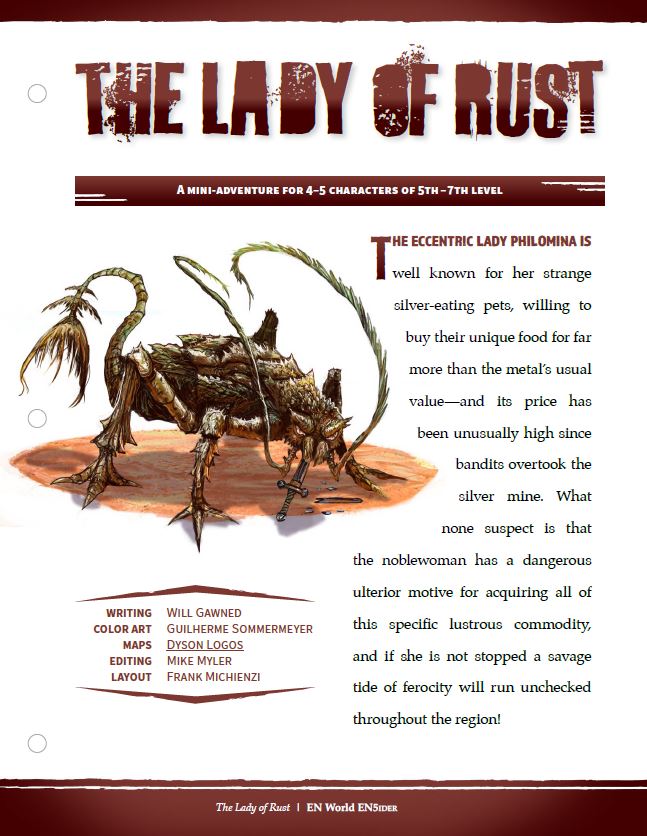 Can We Keep It? Pets for your D&D 5E Game