Today on EN5ider we've got a collection of 15 enchanted trinkets ideal for selling in churches, shrines, and temples! 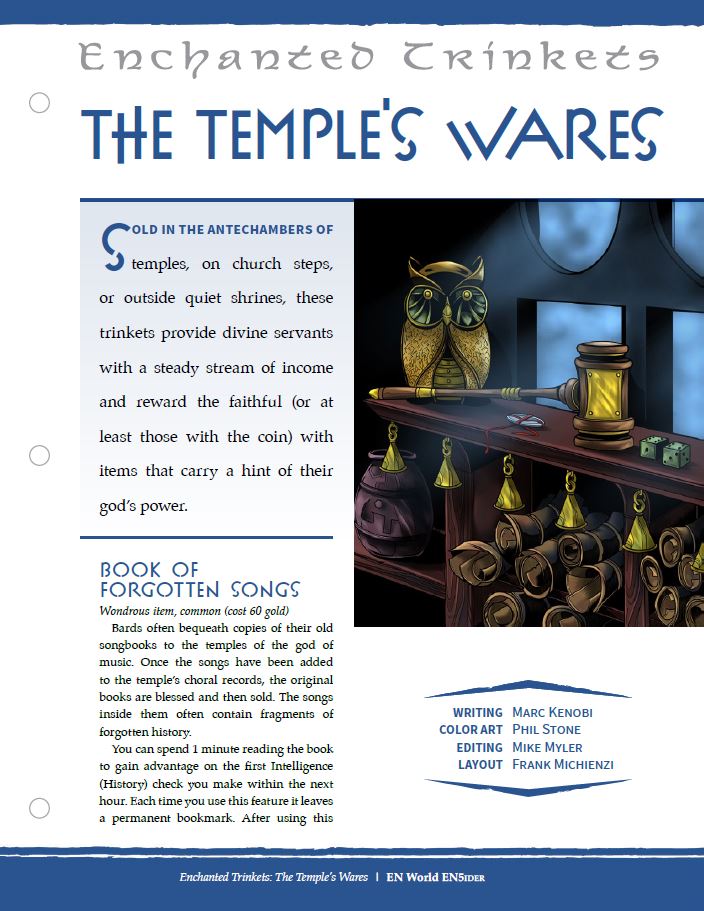 Join EN5ider for Immediate Archival Access: Pay as little as $3 each month to become a member and get instant access to the library of 390 articles at no extra charge!