This entry in Epic Monsters is one I am definitely fond of—a big black dog hailing from the easternmost bit of England, the one and only (or many, as you like) Black Shuck! 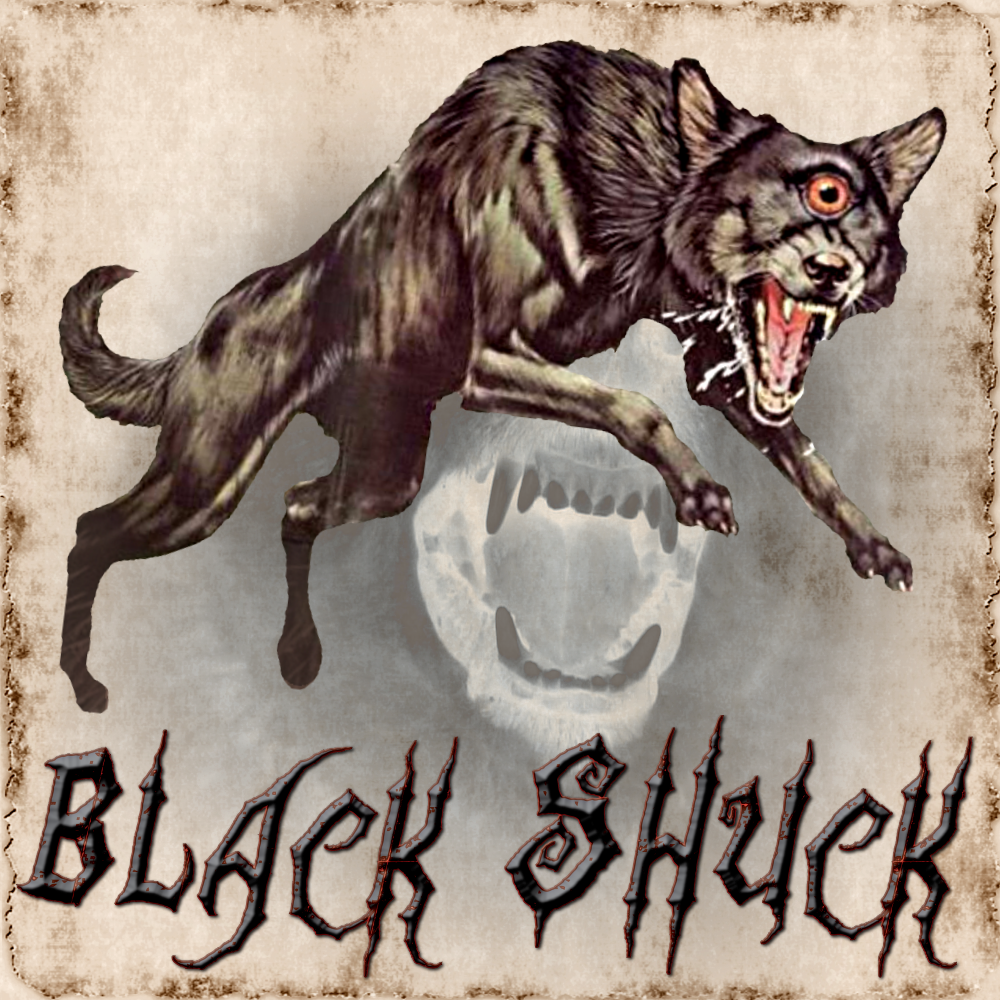 Black Shuck is an interesting dog if nothing else. Legends about this canine go back to 1127 and range from it being Satan to a poor fellow’s lonely companion haunting the spot of his death to a terrifying monster that liked to bust into churches to wreck havoc. One thing is for certain: Black Shuck is a great example of localized folklore really taking root. Like the Jersey Devil but much, much older, and also like the Jersey Devil it’s still being spotted here and there.

Design Notes: Like any proper myth many different stories are attributed to or similar to Black Shuck’s and pinning down a definitive one is tricky so I tried to do a catch-all here. I think altogether it’s pretty solid and should make for an interesting encounter or two—toss in a few dire wolves as a screen and let the party spot the cyclops out of the pack, rewarding the first adventurer to do so with a spooky omen about how they might soon perish (utilizing Black Shuck to dole out some plot seeds).

Magic Resistance. Black Shuck has advantage on saving throws against spells and other magical effects.

Terrifying Howl. Black Shuck can use a bonus action to unleash a terrifying howl. Each creature of its choice within 120 feet of Black Shuck that is able to both see and hear it must succeed on a DC 15 Wisdom saving throw or become frightened for 1 minute. A creature can repeat the saving throw at the end of each of its turns, ending the effect on itself on a success. If a creature's saving throw is successful or the effect ends for it, the creature is immune to Black Shuck’s Frightful Howl for the next 24 hours.

Bite. Melee Weapon Attack: +7 to hit, reach 5 ft., one target. Hit: 13 (2d8+4) magical piercing damage. If the target is a creature, it must succeed on a DC 15 Strength saving throw or be knocked prone.
Click to expand...

Love it! Honestly i am fond of the Ars Magica style of monster design. Make them utterly unique. No herds of Pegasus. Just one with its own story and for me that will always be more interesting. (Sure its a D&D tradition to break with that but hey) I think the monster flavor is enhanced when its thought of that way.

It also means my players have no clue if the "vampire" they are fighting needs its head chopped off and buried at a cross roads or... if sunlight is sufficient or whether you need to kill its master or it will resurrect when he wants it or whatever variation I implement.


The Mayday Run, the Obby Oss and Morrus Dancing are some of the greatest things in British Culture