Epic Monsters is looking ahead to this yuletide season so you can prepare a proper holiday adventure using one of Iceland’s most enduring myths: Grýla! 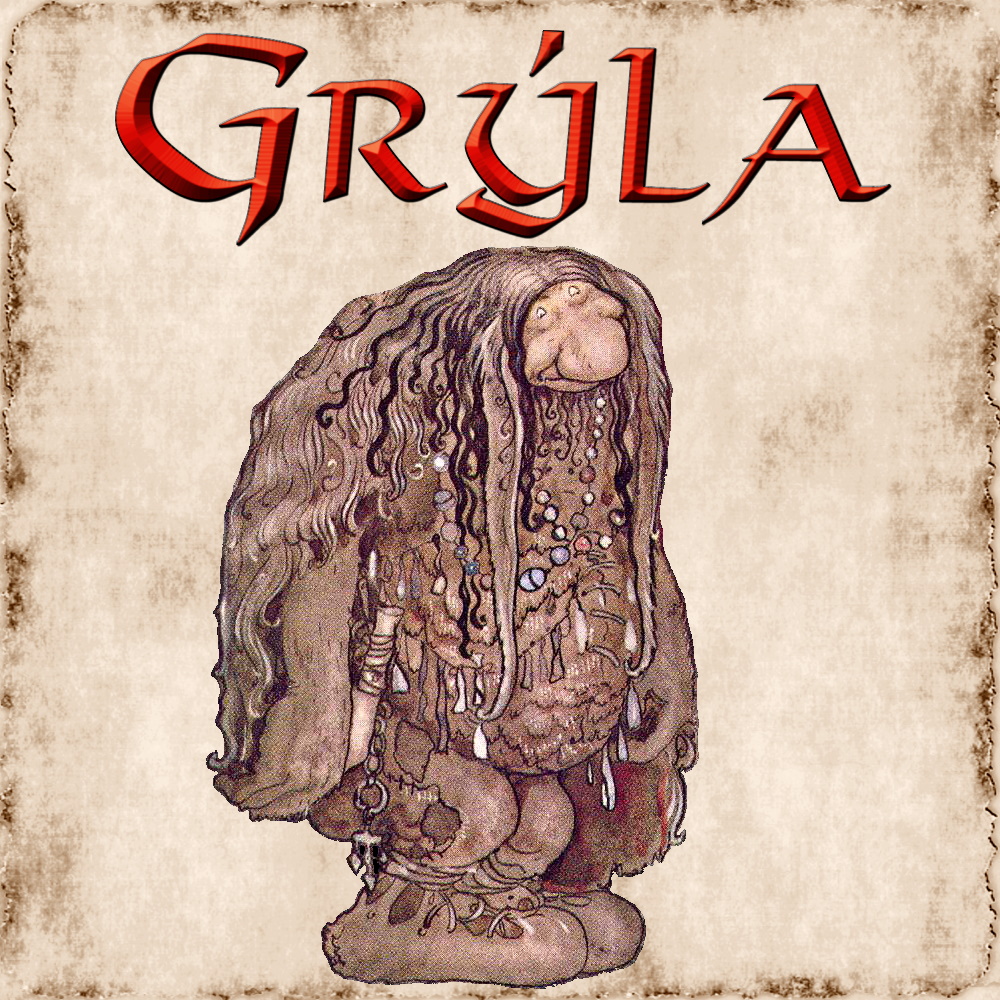 This depiction of Grýla is a forgiving one—this troll is kind of cute, whereas Grýla’s ugliness is one of her most prominent traits no matter which description is being used. Sometimes she’s got 15 tails with a 100 balloons tied to each all of which contain 20 children, or instead she has 300 three-eyed heads, or goat horns, eyes on the back of her skull, dangling ears tied to her nose, a bearded chin, and blackened teeth. The big takeaway is that Grýla is definitely not a looker. In the larger sense she represents the dynamic nature of Iceland: she is the shifting glaciers and volcanic eruptions, the driving force behind the natural phenomena directly affecting peoples’ lives and the terrible burden of winter.

Originally appearing in the 13th century’s Prose Edda, Grýla (loosely translated as “growler”) begins as a beggar seeking out disobedient children, but as time wears on she’s forced out into a cave and by the 17th century (or 19th century, depending on who you ask) gets associated with Christmas. Like the big jolly gift-giving lord of the North Pole, in the minds of many Icelandic children Grýla is very much real and alive today. Despite being repulsive Grýla has been married three times—first to Gustur who she ate out of boredom, Boli who she bore many offspring from and depending on the tale also ate, and her current husband Leppalúði. Grýla’s children (13 by some counts, 72 by others) are known as Jólasveinarnir, or the Yule Lads, and they have nothing to do with her until she’s tied up with Christmas (same thing with her pet Jólakötturinn the Yule Cat). Her boys are mischievous in the month of December, going about pulling tricks particular to each (Bjúgnakrækir steals sausages, Hurðaskellir slams doors, Pottaskefill takes leftovers, and so on), although ultimately they get the Santa treatment and either leave a rotten potato or candies in a child’s shoe depending on the kid’s behavior.

Design Notes: There were several requests for the Yule Cat but by itself it didn’t seem like a very compelling subject—if you don’t have new clothes acquired as a Christmas gift then it eats you. Its master Grýla however is another matter entirely, and much more interesting than her obviously inferior suitors to boot. So she’s a giant ice troll, easy enough that, and has a few cool quirks: she can detect misbehaving children, is empowered by stew made from naughty children that are never in short supply, wields a blade (knife or sword, choose your translator), has a (still alive) husband, rowdy offspring, a big ornery pet cat, and a cool lava labyrinth lair called Dimmuborgir. Let’s begin with a troll’s statistics then make her bigger and uglier, and throw in some giant-like attacks (there are stanzas about her knife/sword too). A few unique traits (some of them lifted from Krampus and tweaked for a better fit) to cover her mythological high notes solidify her as unique from your average chilly troll foe, and then to round out her lore we’ll give the labyrinthine field of lava she calls home (Dimmuborgir) some cool regional effects. Let’s do the numbers! The DMG comes in at 7.66, the Blog of Holding at 8.33, averaging out to a smidge under 8 that we’ll round up that tiny itty bitty bit given Grýla’s suite of fun traits.

In You Go. When Grýla has restrained one or more creatures, she can use a bonus action to force them into the enormous sack she carries on her back. A captured creature is blinded and restrained, and it has total cover against attacks and other effects outside the sack. When the sack has taken 30 or more slashing damage (AC 14), creatures inside it can use their reaction to make a DC 16 Dexterity saving throw to escape, exiting prone on a success. At the beginning of Grýla’s turn, any damage dealt to her sack is healed.
Once captured by Grýla’s sack, a creature is released when she wills it or when she dies. Only dimension door and similar teleportation effects that do not require line of sight can be used to exit the sack. When Grýla is slain any creatures captured inside of her sack are no longer restrained by it and can escape using 20 feet of movement, exiting prone.

Keen Smell. Grýla has advantage on Wisdom (Perception) checks that rely on smell.

Nose for Troublemakers. At the start of her turn, Grýla can use a bonus action to peer into nearby souls to see who’s been misbehaving. Grýla instantly learns the names, alignments, and identities of any creatures she can see.

Wicked Family. Grýla keeps the enormous black Yule Cat as a pet (Jólakötturinn; use the statistics of a saber-toothed tiger), she has dozens of sons (the Yule Lads; use the statistics of trolls), and a husband with statistics similar to hers (without this trait, Eating Young, In You Go, or Nose for Troublemakers). These creatures are not calculated into Grýla’s challenge rating.


REACTIONS
Binding Grasp. At the end of a creature’s turn, if it is grappled by Grýla she can use her reaction to make an opposed Strength (Athletics) check to restrain the creature.

Grýla, her husband, her offspring, and the Yule Cat dwell in Dimmuborgir, a labyrinthine field of lava known.

The presence of Dimmuborgir has the following magical effects in a 10-mile radius:
If Grýla dies, these effects end immediately.
Click to expand...

How about a writeup of an Elf on the Shelf? 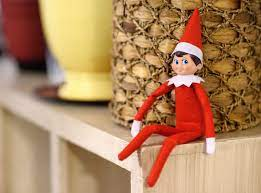 Rafael Martin said:
How about a writeup of an Elf on the Shelf?
View attachment 146400
Click to expand...

No can do—it's from a children's book not in the public domain.

Publisher
I've been to Dimmuborgir, but I didn't see her there.
Amazing place, though.