I guess after Spelljammer and Dragonlance the next title will be Planescape, because Dark Sun may need more work for the designers.

In the past we speculated, but now we can agree they will publish a player handbook, a monster manual and an adventure.

What changes do you suggest, and what elements do you wish to return?

I guess the bariaurs will return because they are one of the iconic PC races, and I hope the return of the mechanatrixes(planetouched from Mechanus). The mephlings would be wellcome. The spikers were interesting, and the racial trait "natural spike" gave them a "special touch" but it was not too practical when the enemies use ranged attacks. Really I didn't like the wildren from Planar Handbook, and they could need a retcon, but I wouldn't be too suprised if WotC chooses an updated version to sell action figures of "kemonomimi" (= humanoids with animal traits). What about the nathris, and the quoms (Astral Sea 4th Ed)?

The monster template "petitioner" needs a redesign because in 3rd it was totally broken, but I love the idea.

I miss the planar dragons and paraelementals (ice, magma, ooze and smoke) , and I would happy with the return of the ethergaunts(Fiend Folio) and the enigmatic nerra from the plane of the mirrors.

Sigil would be oficially "neutral zone" by order of the Lady of Pain, but the faction war could continue in the Gate-towns. I would add a secret layer within the "Lady's Maze" with hidden portals to Aoskar's temple an a great secret Really Aoskar is a no-evil varian of Vecna from an aternate timeline

Other idea to add is the "akasha realms", a special type of demiplanes. How to explain it? If a "sacred timeline" was a file in your computer, an "akasha realm" would be quantic backup in the time-space continium to avoid time paradoxes created by time-travelers.

Supporter
5e could definitely use more guidance for planar adventures- that used to be the hallmark of high level campaigns, and I do miss it. OTOH, since apparently Spelljammers now cross the Astral Sea to reach other worlds, perhaps they are thinking to kill two birds with one stone?

Either way, it'd be nice to have a Sigil update, as well as looking in on what's been going on with the Blood War.

LuisCarlos17f said:
an "akasha realm" would be quantic backup in the time-space continium
Click to expand...

oh yeah, that's what I was thinking... the old backup in the time-space continium. I've been saved by those plenty, let me tell you!

In seriousness I guess, I only know 2E planescape. I dropped out of RPGs at the end of 2E and didn't come back until 5E. For me, a huge part of planescape is the cant and the 2E art. In my head, the 2E cosmology is still basically intact- feywild and shadowfell seem a little weird to me, but I'm ok with them.

So if they brought it back, I'd like to see:
1) Ignore the faction war- just let there be factions in Sigil. And maybe update their philosophies a little. I felt like some of them were too simplistic to be a belief system an NPC could get behind.
2) I don't mind what races they use. That feels like most easily what could be homebrewed. In my mind, not all tieflings have those silly horns. You should roll on the table in the planescape book for physical characteristics, as the Lady intended!
3) Definitely updates on the state of the blood war.
3) Just lots and lots of nutty adventures. I think with Spelljammer, you need rules about flying and air and spheres and stuff. But with planescape, you need to know about Sigil and the lady of pain and portals. Then off you go!

The blood war sounds more like Blizzard's Diablo or Doom Eternal. Here Sigil is not necessary at all.

The elemental limbo should allow adventures with elemental creatures for low-level PCs. 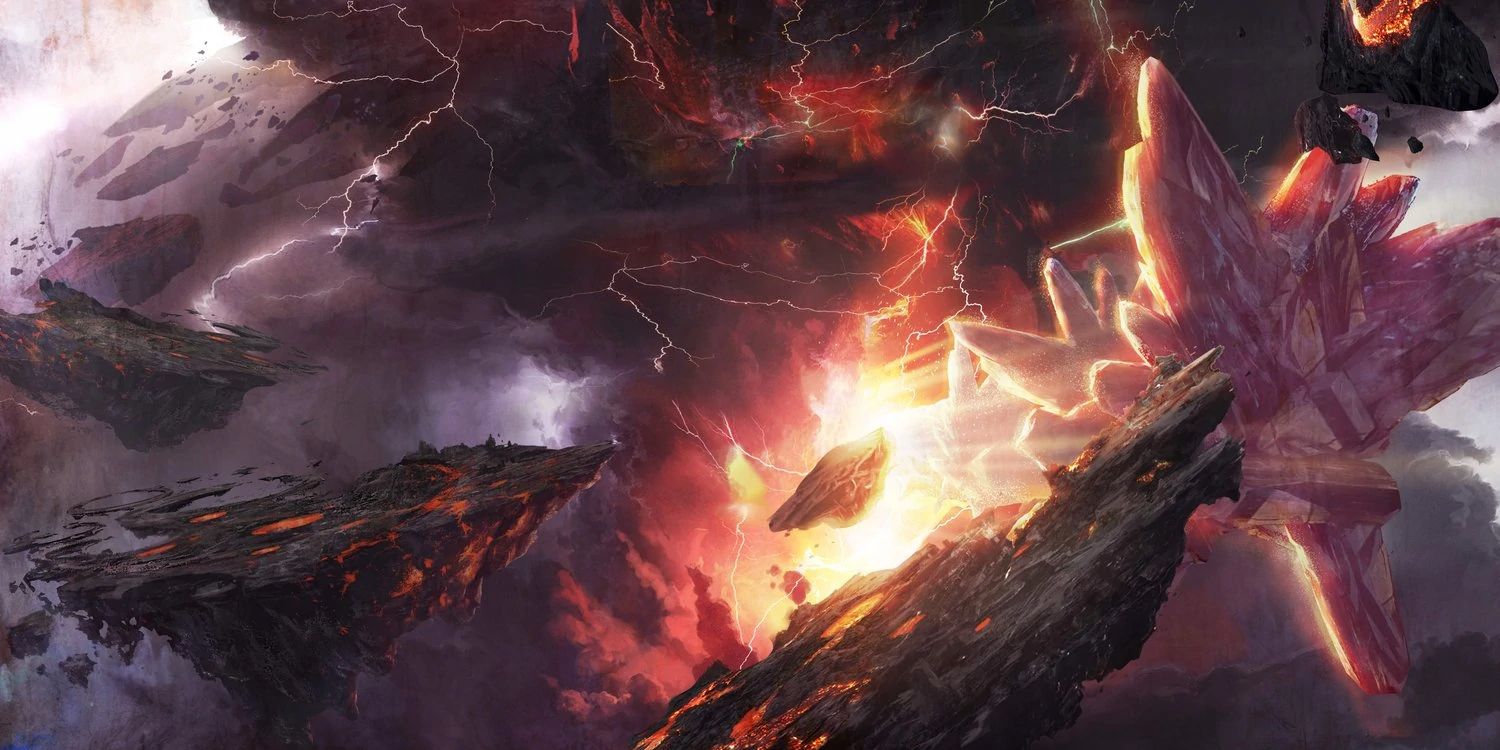 The factions may be like the religions in Sigil, divine spellcasters are allowed, but not the building of a temple or religious ceremonies.

The gate-towns should allow more freedom for different plots and stories linked with the factions.

Have paraelemental planes be "renamed" in 5th Ed?

* What about the star elves from "Unapproachable East" (3.5 FR) or abyssal genasies? I liked the Athasian genasies from 4th Ed.

* Could happen a war between modrons and formians? Maybe it started because somebody was in the wrong place in the wrong time, and other thought law vs law could cause more chaos. Could modrons be created by means of "reverse ingeneering"?